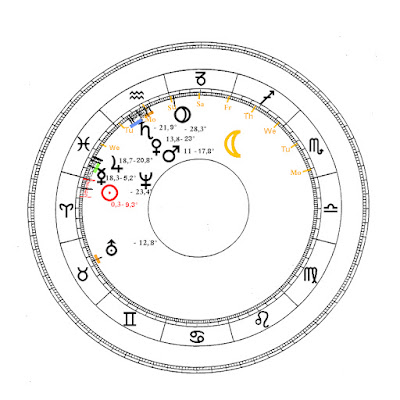 An uncanonical word of the Lord:
"But the Redeemer sais: who is close to me is close
to the fire, who is far from me, is far from the realm"
ORIGINES, Homilie in Jeremiam, XX,3
cit. a.. PREUSCHEN, Antilegomena, p. 44

“Do not suppose that I have come to bring
peace to the earth. I did not come to bring peace,
but a sword.  For I have come to turn man
against his father,a daughter against her mother,
a daughter-in-law against her mother-in-law—
a man’s enemies will be the members of his
own household."
Matth. 10. 34 - 36
He said to them, 'But now, the one who has a purse
must take it, and likewise a bag. And the one who has
no sword must sell his cloak and buy one.
Luke 22.36

"close to the fire", war in the east - war in the west, seen from Asia. Two camps: Sea-powers against land-powers. The sea-powers, sons of pirats and slave-hunters, ruling since 500 years over the planet, thereby acellerating inoculating mankind against them. The fire only incinerates the old and dead and drives out the new fruit and even decay is a slow fire.
Since last Sunday-afternoon the center, Sun =  heart (northern hemisphere), abode of  God's spark now in sign of physical fire Aries. Now we can consciously experience the time, when the heart of Anthropos in male nature  is advancing, impatient and storming, where Sun awakes Earth from hibernation in a new Summer- half year. It's once again, like in the beginning, the new zodiacal year with the therefore necessary elementary fire of Aries' Mars.
And this is Mars' very special heavenly gift: being an Idea of hevaly order , or a Saturn in Aquarius-thing hence Idea of Order of hte eleventh house of
Vladimir p. b.o.h. Putin 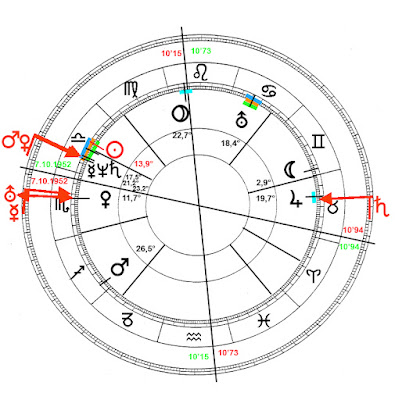 7. 10. 1952 Leningrad
the defender of the soul
ruling the sacrifices
due to professionalism
Sagittarius ruling fatherly
by oneself
Venus
changing the narrative
and much more
what a war
when war is forbidden
(for any but DC)
transit 2. 24. 2022 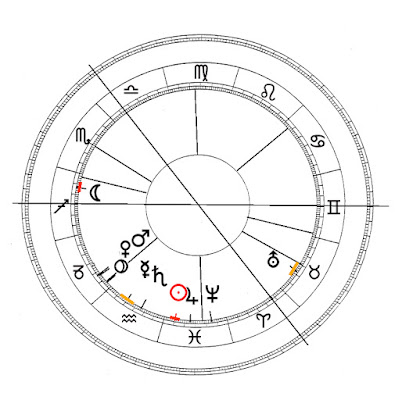 2. 24. 2022
3:40
Moscow
a revenge for Kamila
It's a Sagittarius-thing in the 2.  house of law and border,  Its s forordination by Jupiter in the state of innocence qua Pisces with the precision and overview of Sagittarius' 360°, hence the prince of the father, in human time and imagination leading the souls of man by the father Saturn, visible in the shape of the bear and ghis  Marsian claws, and his rich logistics demonstrating for the history books triumph of human pride in humbleness by the proud Russian Civilisation - ready for the moment inked into the coming given.
How will it look like? We will have experienced it in 30 days. But its meaning is to be known like a good question
Sun-power
awakes Earth
triumph
of the soul
in whose center
the heart beats
in 12 times
in service of  enforcement
in the thereness -territory
now the power
of Anthropos'
fighter-heart 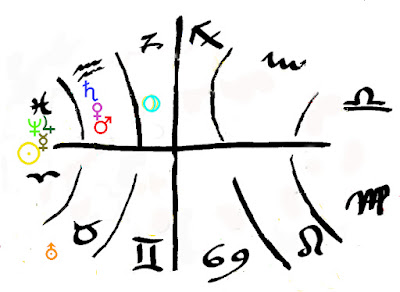 12. Week 2022
moved into the days of warmth-surplus
as the light days become longer
than the night
Sun in Aries
and the night
lies down to sleep
every day earlier
to overcome
summer
start-day
each year once
Winter-end/Summer -beginn
last Sunday afternoon16:33 MEZ
heart goes hunting
for 30 days
in the wilderness before
civilisation
and with it the hunters
in the wild land of
Aries.
in whose neighborhood
in the herds of civilisation
now the invisible
thinking - man
Uranus
mirroring
spirit
of a by heaven
forced
world - oder - war
out of
Aquarius
thinking-man's realm
Saturn
Venus
Mars
invasive human spirit
mirrored by
Uranus
spirit
in a powerfull herd
Taurus
in the origin of a human-time
while the entire week still
in Pisces
Jupiter
and Mercury
the mind and the tongue
in devotion into
the given from the
unconsciousness
finding
purge
orientation by the senses
Mercury
and by meaning
Jupiter
both in Anthropos'
Pisces
requiring this week too
the purge together
for Jupiter lasting still longer
for Mercury
last week
in in the cleaning -bath
of truth
and hunch
and unconsciousness
and how might Cancer this week deal with the inside, is mundanomaniac-question,  Moon presenting  him?
Roughly till Wednesday in the soulfull connection
appointed to Scorpio,
then till Wednesday
through the four houses of spirit
Sagittarius, capricorn,
Aquarius, Pisces,
where it's always about
what matters to all
patiens
community spirit
justice
thereby
Saturn
Venus
Mars
in heavenly unity of a
conjunction
mirrored by
Uranus
human idea
in the social  herd
https://www.youtube.com/watch?v=2QD1eO9qoT0
as well the meaning of this week is made up in complete dissolution of the lie. Mercury, master of narratives, in childly innocence of Pisces visits the spirit of the child-god
Mercury
Neptune
Like JUNG shows it,  there is the tendency of nature, to let contrasts to complement each other, leading to the loveliness of the configurations in the balance of flesh, soul and spirit. This balance is the specific human one in thoghts above the gardens and parcels of life. This balance we should study and breed., if we want to walk in the luck of  success, which cannot replaced by phantasy.
Murnau: 3. 23. 2022, UTC: 16:28.
Eingestellt von mundanomaniac um 09:20