Fatherly Signals in the Beginning 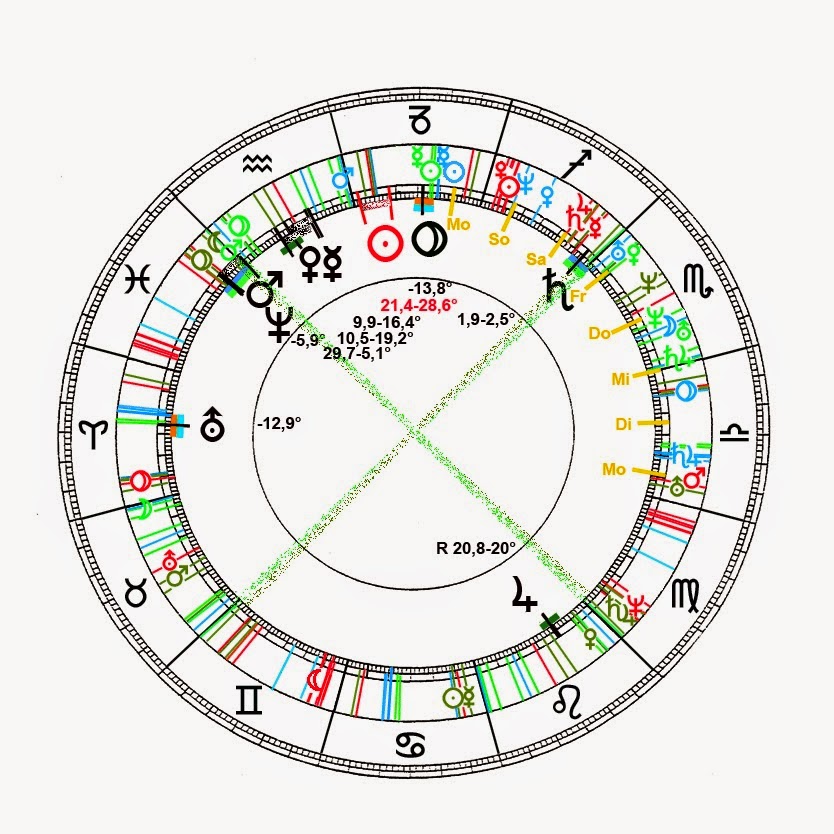 Heavenly Water Levels
from Monday to Monday
(the most important)

so this is at least to be stated
the "gods" - how I see them -  do not create anything they merely enter conditions in the creation
- e.g. magnetism - which persist eternally and indispensably
and the cross of the 4 elements in the zodiak
resolved gradewise consisting of 360 crosses

as we conciously can comprehend


but the dramatic act this week
culminating on Thursday
is Mars raging in the unconciousness of the Pisces
receiving the fatherly signals out of the wide brightness
of the understanding of Sagittarius
in which already from Tuesday 20. January
signals
Gods childly
murmuring into the unconciousness


an in the chambers of the night the

Addendum: I seem to like to forget Mars and his visits with the forebears of the aeons, so today (Monday) with the Mars of 1305 of the water-element - virtually the dynamis of the inner world -
and on Wednesday with the Moon of the earth-element - kind of home in the unconciousness - everywhere there his wakening-call.
Eingestellt von mundanomaniac um 04:01