Saturn Reenters the House of Order 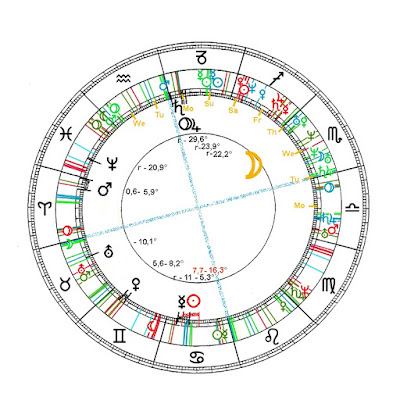 "Slowly it seems to become clearer, where the process
is moving to. Only via description of horoscopes it
works, that was already  evident to me, true, I'm not
a psychologer. Now to me appears the central insight:
(the Kingsconjunction of) 1802 certainly leads into
introversion (Sun in Cancer) or via it.
Another example also 154 AD. Hence the world power
of the soul, which the  martyrs have substantiated
and still do. The venture of  wholeness after the
circular ordinance of the stations of life excludes the
linear  specialism. Therefore the nigredo  (eclipse),
in the beginning,  when creative processes  get under
way: the  drowning in the  multitude of life."

So far the chronicler 14 years ago. After then 26 years of daily ascending the mountain of time, rolling the yearly 'Sisyphus-stone' upwards ... which now and again on the other side easily  rolls downwards ...the hill

With the gods or without them, that is the question to each soul. Who asks? Who, if not God
whom nobody knows, as long as he hasn't revealed in one's soul.

What can the chronicler tell him or her, where this revelation has not yet happened? Answer: nothing?

In a dream from years back the chronicler had nearly climbed up to the top of one of four  high steel-ladders, standing prone together in a square,  where right at the top of that ladder a toddler was clinging. That didn't fright him, cautiously he took the child in his arm and carefully he carried the 'wold-child' down to Earth. 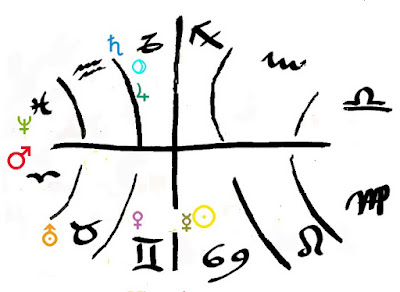 Aries
the he -/ she - single
before association

And the keeper of measure, the eternal father of Anthropos,  Saturn,  will tonight reenter the house of order, Capricorn, protecting it's opposite, the house of life, Cancer, where the shell of order is protecting the sensible and soft inner life from the predators.

And father Saturn will unite with  son Jupiter and brother Pluto - in Anthropos hence in us - before next spring, while these days Pluto and Jupiter, are complete united in Saturn's  service. 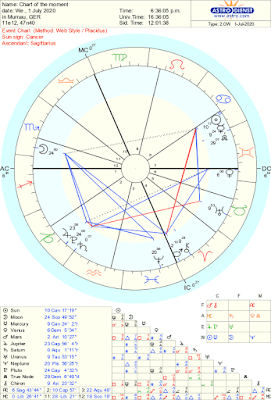