Updated: the Big One - of a Great Week for Venus to Unload - When Else? 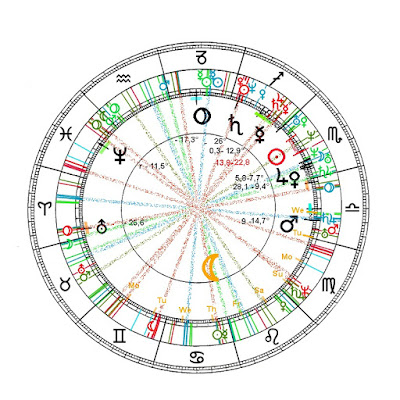 
The updated parts are in italic.


Again the extraordinary abundance of colored bars this week
who likes to recount the bar-code of the
current aeon of the four elements
will  assess: no sign is more pregnant with fate
hence more remarkable than Scorpio
followed by neighbor Sagittarius


And which one of the current lights will be touching and be touched by the aeon?

the current example: the USA in their 31. Septar*
of the Kings-conjunction in the element earth
between 2012 and 2019 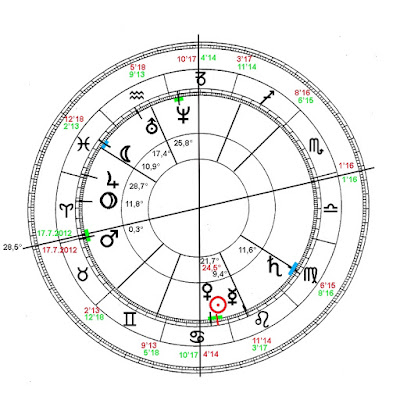 on 0,3° Taurus = beginning of realm in blindness and strife
but the the realm is in the lap of Cancer with Moon
up in heaven
still to be completed according to the reading of this chronicle are:

Mars, any beginning, one time in 1,6 years over each grade of the zodiac
was on Monday on the blue air-grade  9,5° Libra
the "win - win"-principle of the Chinese policy is typical Libra
model is the marriage

Putin's Sun is in Libra
czar of the north
backstreet boy of the people
model of the nation
in personal waiver +balanced professionality
walking with the heaven
see here, and here, and here, together
with the chinese Emperor of the south
for the balance on the planet
now let's go to the heavenly
Venus
the insisting collecting and brick-laying
social beast's
balance in beauty
heavenly projection in the green outburst
of the year
Taurus
and projection into the autumn of the summer-love
in the theater of life
Libra 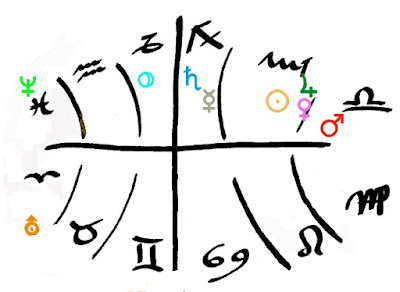 45. + week 2017
In the stability and balance of Venus  = Taurus
the surplus is rising allowing the emergence
of civilisation

Venus begun the Week till Tuesday in Libra still in resonance with Uranus from Aries
becoming man of a God
Uranus = the man god
child of the stars
behind the Sun
but then Tuesday/Wednesday through the green portal, 0,8° into Scorpio
passing into the invisible world of
sharing  the soul-ways
together with the have been's and the will be's
in the dough of time's
six mirrors in  the daily horizon
of which Scorpio
shares the fifth
with Leo
= 5 th paradox
now Venus in the paradox of loosing and becoming
richer
by changing from matter to soul
richer in virtue
remember Lao Tsu  59
"If there is a good store of Virtue, then nothing is impossible."
So much for Scorpio and Jupiter, now to the green gate on 0,8°
it's the high gate of the element water
it's the oldest of the four high gates of the four elements:
Saturn + Jupiter in Kings conjunction
in the element water Wasserelement von 1305


more on Scorpio:
the big one of this big green = feeling - week is
Jupiter the divine conciliator by law
son of the father of the word
will give a visit
- one week in 12 years - chance
since Thursday
to unite with the all-toppling man-God Uranus
of water = the inner man

(with Melanie giving a tribute) 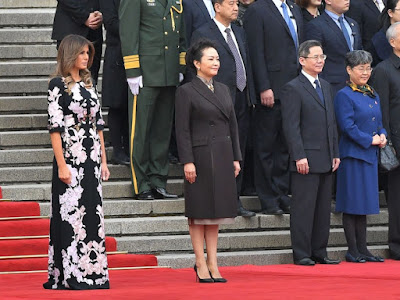 Now in Sagittarius behind of the green and blue codes for feeling and thinking in Scorpio
it's time for red feasts: the time of the four bars of the fire-element

on Thursday red Mercury = 4,9° 'Sagittarius
it's a super-Mercury, the swiftest and brightest to have in 800 years once a year

and on Saturday red Saturn/ Jupiter 8,3° Sagittarius = the highest authority of the
fire-element
and to me as astrologer it says: these are the gods promises to be with those, who march
with the gods, be it unconsciously,  better be it consciously.

This is a once in nearly 30 years event now in the current two weeks, given we take the radiation - distance < 1°, of union of the collective  fatherly potential = Saturn with the
well of early central and upper fire.

in 18,9° Scorpio Sun will embrace the
call it 'radiation'
from the Neptune of the

remember where Venus was last year .. 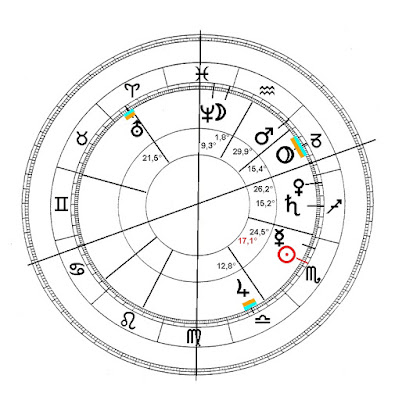 ... there is Saturn now = red Sun
And while  Saturn ruling Pluto via Capricorn hence Scorpio ...
in jovial Sagittarius now, next year from grimm great Capricorn himself ...

*) Septars -Septare are the 1 time 7 rhythmical extensiones of each birth day , so also of Kingsconjunctions.
Going back to Iranian/Arabian Astrology-traditions and french authors of the late seventienth century like
Morinus or Nostradamus.