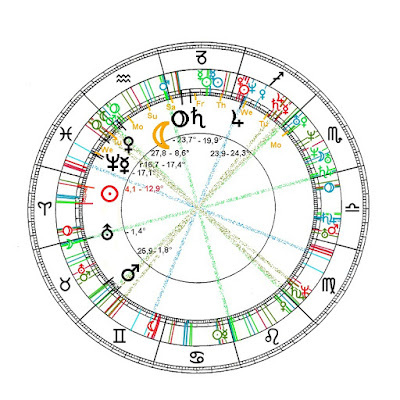 Before there were Kings

"To our civilized way of thinking the word chief  undeniably
contains  connotations of power, but  we are not allowed to confuse
our concept of leadership with that of the Indians. Not power, but
measured dignity denotes the tribe-chief in the first line - him who
as early as a child leads his life apart of the game of the boys.
The chief not only connects to the old history, but also is a
copula between the Pajé or shaman and the  community. He himself
must not be a Pajé and must not have the direct contact to the
supernatural actuality; he solely has to link the members of his
community to this actuality. A great chief also is a great orater.
A chief must be able to orate. The point for him is not to  command,
to punish, to legislate, or to give any orders. He has to be generous and
insightful and able to give advice - advice, not orders. He must be,
in our terms, an adept statesman, always being aware of the subtle
balance of the human relations. He indeed holds the concord in his
tribe valid, but only seldom has to mediate in a serious altercation,
because the members of a community rarely argue, namely they
would cause displeasure to the dead souls. Not the chief guarantees
the peace within the community, but the perennial presence of the
supernatural, to whom an internal strife would cause  infinite
discontent."
Orlando/Claudio Villas-Bôas, Xingu, p. 17,  München 1979

"The Archetype namely - one should never forget - is an
emotional organ, to be found in everyone. A bad  explanation
means  a bad attitude to this organ, by which it is damaged.
The eventual victim is the bad explainer.".

Astromundane Diary's axioms: 12 archetypes aka 12 psycho/physical 'organs' sensible in a meaningful way to the change of times, ordered in 12 'houses' or signs, as 6 mirrors, perfused by the images of time while the latter has 10 Players as 'rulers' of the 12 essences of 'times and patterns' in the universe. 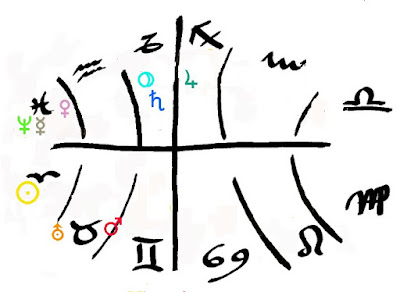 In Aries Sun, heart and center of the  new born hearts of the year,
having to mirror the deep and long baptism in Pisces of Mercury the orator  (+ all the demonic bought orators in the 24/7 media), his long cleaning session with Neptune,  the naked  truth telling child. Mercury  just this week on his wave backwards was dancing in a circle around Neptune and lying oratories fell off the table.
And this one is the big one, we are in rare times 2019 for Mercury:
Normally his yearly bath in truth, aka Pisces,  is a two-weeks thing each year. But 2019 Mercury runs a big back-wave in Pisces, back to the ultimate truth of Pisces - ruler = Neptune deep in his collective pattern Pisces:  truth is nakedness.

So in heaven of the 12,  Pisces when this week  28 month's meme "Russia Gate" collapsed.

And also time has come  for Venus' baptism in the truth of Pisces but within the normal  4 weeks .

Venus baptism means a change for Taurus- and Libra-things, or roots and balance,  or skin and beauty things, it's the baptism of their ruler.

And Uranus'  Godly wings of thinking, sharing the baptism as  the renewal bath of the idea  in heaven's permanent atten-dance,

as well as Mars sharing Venus' baptism till Sunday evening as the 'blunt one',  then stepping into Twins' baptism by their Ruler Mercury which will be complete till April 16.

In Twins Mars, the 'blunt one' has to mirror the fatherly stern aspect of  Capricorn like State and bones in it's purity and devotion.

And it's fast running Moon as ruler of Cancer's duty to mirror like a mother the lessons learned by  Sagittarius ruler Jupiter on his ways  ways of providence and conciliation. 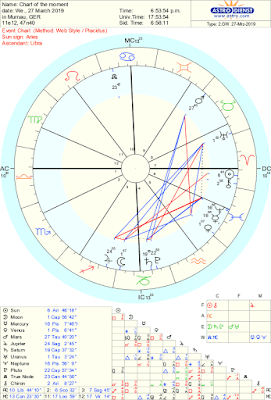