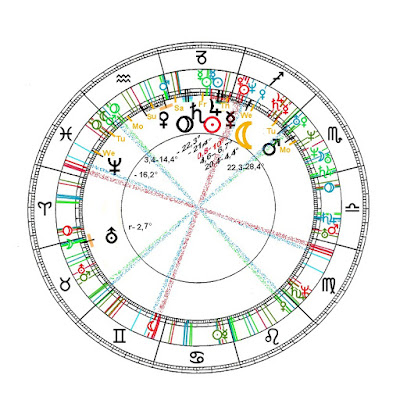 This meeting happens in front of the background of a pure Saturn in Capricorn clipping  the hedges of Summer to the Order of four-chambered time, constantly spinning, constantly marrying Nature; clipping assisted by brother Pluto's  cutting the  tendrils of  savor, lust and freedom to save the code of the species

Mercury, Brain and  the meaning of spiritual fire
Venus, Security and balance = in the "WATERS ABOVE HEAVEN"
Mars, Rage, = in the guard of the species
Sun, heart = and the royal emotion pro order
Moon = the shadow of everyday life; since Tuesday
feeling knocking at the doors of spirit. 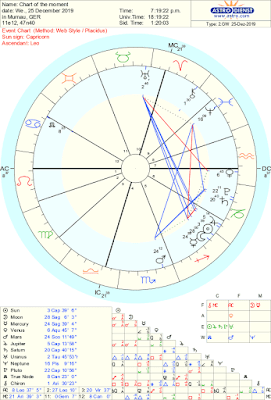