The Innocent Blind or the Willfull Demon - Who Gets the Trigger? 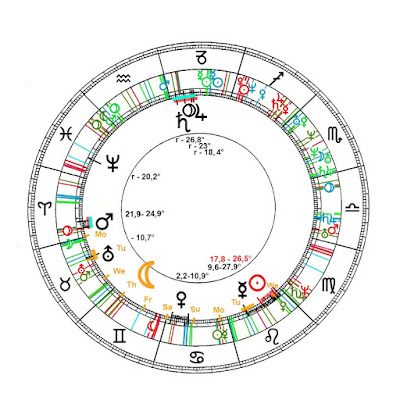 1 Now the serpent was more crafty than any other
beast of the field that the Lord God had made.
He said to the woman, “Did God actually say,
‘You[1] shall not eat of any tree in the garden’?”

God.-made
and between God and man
the planetary
holy serpential consciousness

eternal divine
experiment
which needs us human
as co- creators

commanded by Moon ever changing after 2,... days
through Twins
and two through Cancer
Sun will see Moon in Leo
'eating' Moon on Wednesday


You, we,  all got,  to ad to our daily life by our symbolic life. Astrology is our trainigs'parcour'
as the rhythms of the heavenly rulers are a given, no one can cheat about. And they are well-defined by innocent projection of 'times and signs'.

So all 'spot- on' Mars and his square = common intensity with the three gods Saturn, Pluto, Jupiter in the house of the superior 'Word' Capricorn. 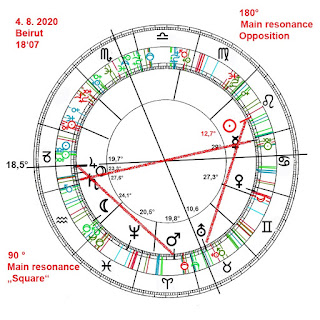 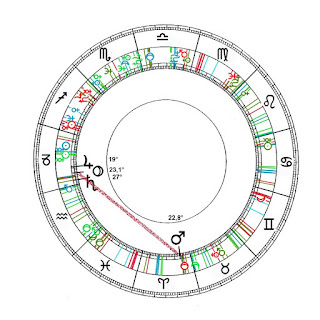 The 'hour of 'Beirut'
today, 8. 12.
Pluto ruled by Saturn
triggered by Mars
Earth, the  body and  god, we are walking on, all of us,  walking with an easy package through these days, don't got to fear the constellation as problem, but all bullyness and busynesses built on symbolic or literal quicksand  might meet doom till beginning September, while Venus in Cancer=families will have to  experience  the opposition of the common good, executed  by Jupiter, Pluto, Saturn in Capricorn.

Puzzling is, the constellation always gives the textbook for the ongoing demonic games as well as to the angels anonymous, of common man,  guided by the never-ending refined intelligence of the ongoing creation by God and his mirror, Nature, and their  finest child: man-  becoming-  God in his father's endless creation, as 'Anthropos' each week. 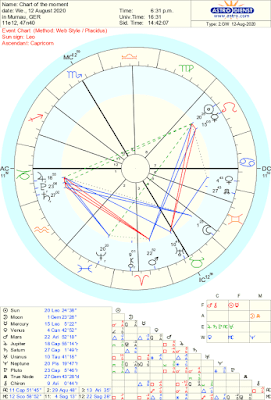