... but the great superior happening this week is the Great Conjunction of Saturn and Jupiter

the two biggies in the family 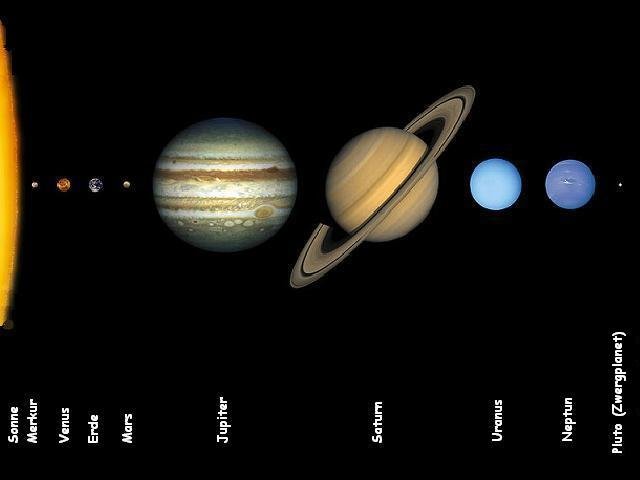 in the first grade of Aquarius,

where the blue Mars of the Kingsconjunction 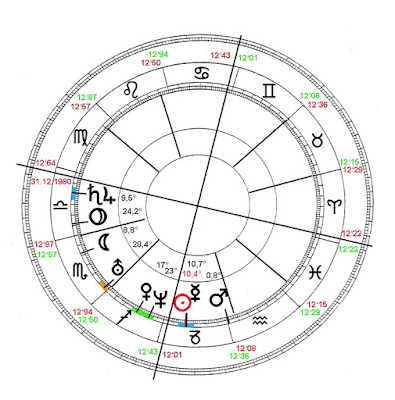 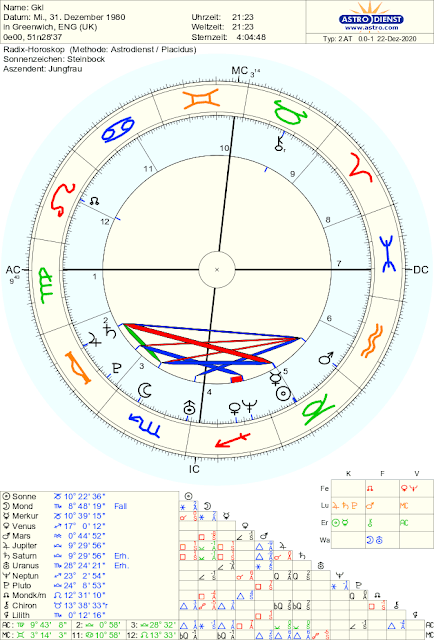 This week ...
Extraordinary transit in the history of mankind, unfathomable happening in the world of archetypes
and their navigation of  Earthly fate in a way of  wisdom of a future, which for not so many has begun already.
Mars always is  begin, and in the case of air begin of imagines in thinking
and today with Saturn and Jupiter
is connected with Measure and Law
father and son of thinking
The stultifications-media refer extensively to the rarity of  current nearly common latitude of  the two heavenly hands, but crucial for the measurement is the longitude of the heavenly hikers past 0° Aries in the circle back to 360° Pisces = 0° Aries currently for Saturn and Jupiter  between 300 and 301° of the zodiac.
'Quality' of time - a taboo in media, too conductive for comprehension.
In the basics of the Münchner Rhythmenlehre  for a GC the position of the heavenly 'hands' is crucial, and it is
today at UTC 18:21 = 0° 29' 10'' 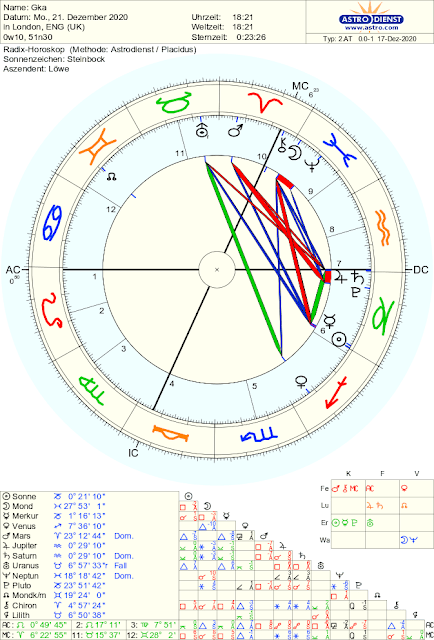 and now the 'hands'/planets lay one 'above' the other (have same length) but the rare common latitude of the centers  of the two  hand is without  meaning for time measurement.
Crucial is this aspect in the rhythmical astrology: Not the Great Conjunctions (GC) form fate of 8-9 centuries in the realm of an element  but the rare Kingsconjunctions (Great Mutations) which happen once between about 800 and 900 years. Their constellation are giving  the roots which, since the Arab Astrology, are comprehended to define the fate of 800 -900 years fate of one of the four elements.
For us important is the date on which
only 40 years ago
on 12. 31. 1980
the new Kingsconjunction
(Great Mutation)
in the  im Element air
occured
in which air-Mars at 0,8° Aquarius
today
in nearest attendance of Saturn and Jupiter
might open the door
in a collective act of meditation
of any kind
by  innumerable
astro-maniacal males and females
to Aquarius -Period
on the Earth round
at UTC 18:21
this blue mars of the air
is the opener for the reflecting imagination
for the beyond-border in creation
receiver and sender
for the transits with the blue element
together with Saturn and Jupiter
this 'Arabic' constellation
offers God an maybe attractive
exit to nod to
however
a Jupiter/Saturn in Aquarius
is entailing for our human race also
the danger of hubris in
boundless psychic inflation
on behalf of State and Science
as a warning example:
transit Saturn with
Uranus of air  in Taurus
the last Kingsconjunction in the element air
of 1186 (till 1980)
on the day of 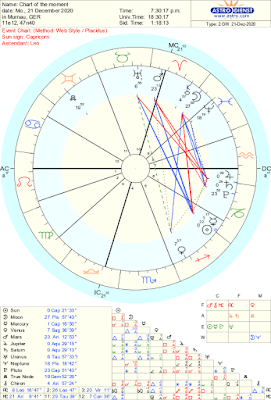