On Sun and Old 'Magic' in Taurus 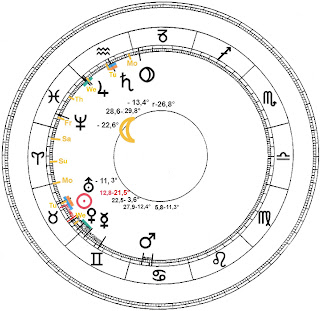 5. 3. - 12. 2021  0:00 UTC
under the northern Zodiac
(0° Aries = March 20/21.)
and under the northern Kingsconjunctions
of the four colors and elements
fire, earth, air  and water  of the years
1603, 1802, 1980 and 1305
(click to enlarge)
"Because and but man may run in so many species in
human reason| so many species of  creature is| in all
genera. Therefore it is  need that are snake men |
toad men | sow men | cock men | lion men are described.
For off the elements are given various corpora | off the
firmament go various spirits."
" ... the body of the elements is placed in four bodies"
" ... the body of the creatures in many hundred and one  races"
" ... the body of man in one body."
PARACELSUS
Astrology = key
to element, animal and man
the elementary first four of the lower third
Aries Taurus Twins
Cancer
followed by the   ensouled second four of the median third
Leo Virgo Libra
Scorpio
completed by the spiritual third four of the upper third
Sgittarius Capricorn Aquarius
Pisces 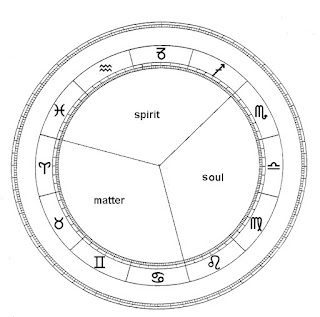 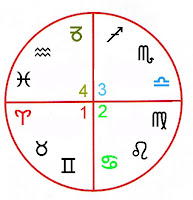 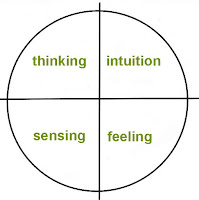 18. Week
certainly
we are with Sun
and the narrow planets
entirely in the zodiacal realms of matter
with the paradox
that spirit of the air
Uranus
in 28  of his 84 years
revolution
is again circling in the realm of matter
now moving
in the second of his 12
7-years-periods
in Taurus
hence spirit - also the demon
becomes material
and watch, what happened, when Uranus 1938 moved over the red  Uranus of the fire-Element from 1603 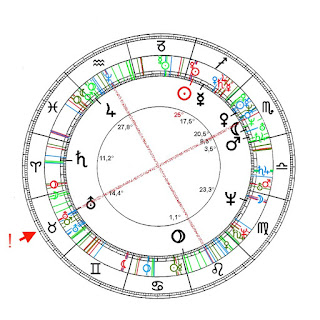 17. 12. 1938, Berlin
first nuclear fission of Uranium
(click)
over these 14,2° Taurus Sun moved last Sunday - hence the  world's -nuclear-fission's-day, observed by no one.
last Uranus period in Taurus
1935 - 1942
The last Uranus - day in Taurus in  the last period was:  May 15. 1942
The last Uranus-day of the current period will be April 26. 2026
***
On Friday Sun moves over 16,9° Taurus: the Mars of the Kings-conjunction in the earth-element. This Mars is the igniter of the combustible mass of material = Taurus. But gladly he receives the opposition of the earth-Neptune at 18,9° Scorpio they are only 2° beneath the perfect opposition = strong synchronicity  So the meaning is: ignition in the rage of the elementary materiality and extinguishing by  the meek child-god in the upper stratum of the soul.
This is exactly, what happened, in the 14. Week 2017 when Mars passed earth-Mars and the opposition of earth-Neptune, 2° later:  Another serious confrontation between  the US and Russia loomed, and - ended in a kind of military 'window-dressing'-attack on vacated  buildings and an airbase. 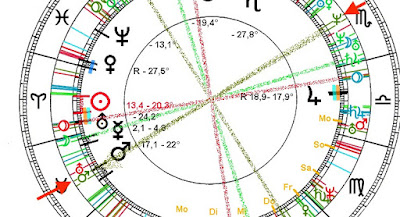 14. Week 2017
***
further
to Mercury it happened
on Tuesday
Venus will experience it
on Sunday
exit off the collecting earth-element
Taurus
entrance into the researching air-element of
Twins
mirroring the measures of things
= Capricorn
in names and numbers
***
but  Mars
hiking further with his
early light
in the two and a half days rhythm
of Moon
from sign to sign
doing a year in a month
in the to and fro floating stage
of feeling
= Cancer
mirroring the high spirit of
fire
under the low level of
water
in the lap of
every night 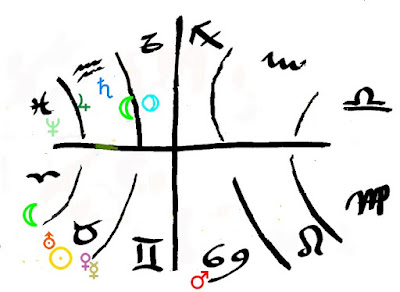 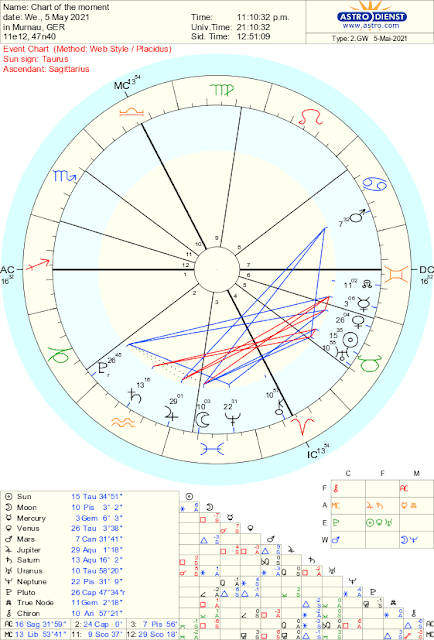