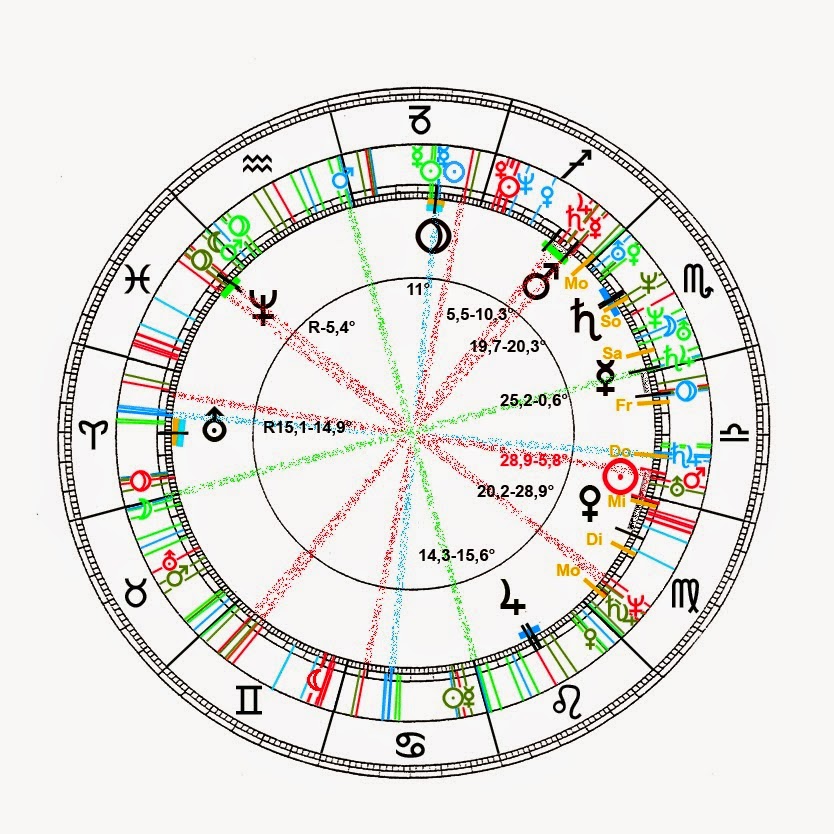 
Heavenly Water Levels
from Monday to Monday
(the most important)
22. 9. 2014
and thereupon based on
Mundanomaniacs


The entire passage of Mars through Sagittarius reveals the driver

Saturday/Sunday Mars was at the Mercury-Day of the fire element
did anybody realize that?
Fire-Mars in Sagittarius at 4,9° (since 1603)

Jupiter ruler of Sagittarius
moves in Leo = heart
heart of the Center of force (lat. imperium) 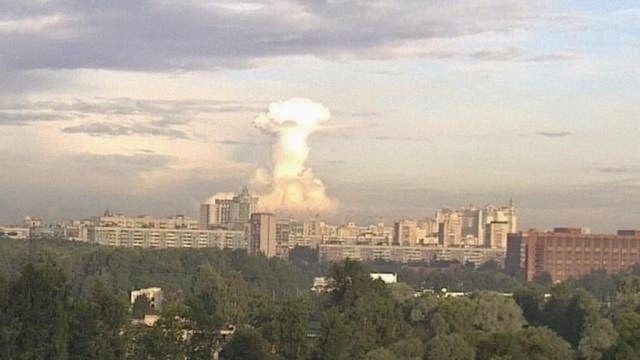 when?
when Mars ignites with father and son on Thursday 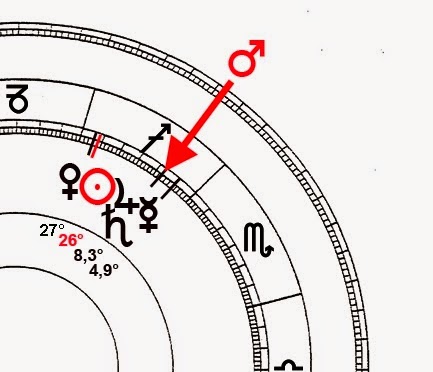 and the resonance-haze of  of Neptune, the the world-child in Pisces,
will have not entirely been dispersed around father and son of fire
until Thursday

and even not enough with fire
Mars of the fire-element - ignition and inition - infraction and outburst,
attended by Sun on Saturday at 4,1° Libra in the "Grandola Constellation"
where Sun, the heart, at the red Mars, inition of fire, following the slope of charge, arrives on the scale pan of things where the nonpersonal offers are starting to invite for free supplementation 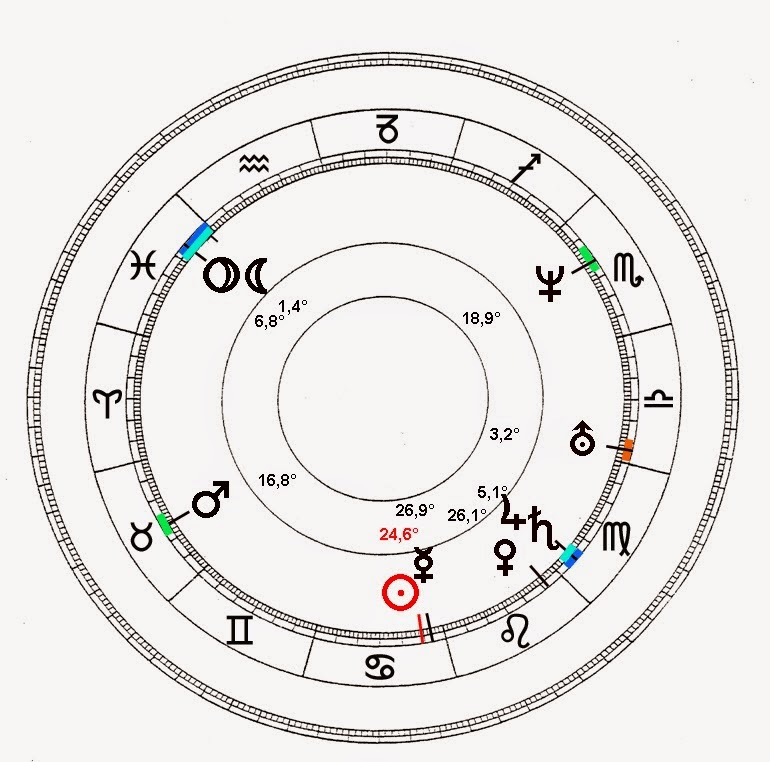 Kingsconjunction of element earth of  1802
when one day before on Friday the mundane Sun = heart of the world has carried itself to Uranus
of earth element at 3,2° Libra, suspending, like it is Uranus' way,  the pole around which the earth things
are gyrating like  the jesters way to do with the king ...
mundanomaniac describes these as the "Grandola-Konstellation of 1974"  (sorry charts desciptions currently only in german)

and Mercury - God of travelling and storyteller of the mundane affairs today on Monday ist reeling out of the spirit of sacrifice (see last week) and will set in with the fathers and son of the element water = feeling
who since more than 700 years  guard the gate to the immortal pairs of souls at 0,8° Scorpio
0,8° Scorpio = the green  soulfunnel