Mars Mercury and Jupiter Together Push into Word 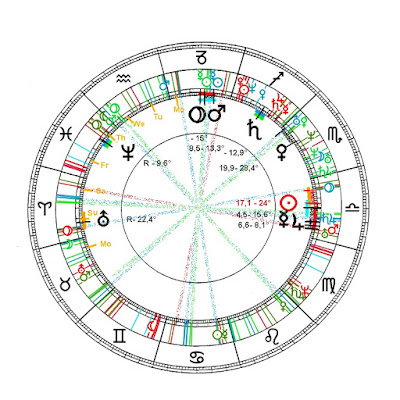 To be underway in Astrology consciously by doing one's own drawing, like I am, give the experience how many mistakes use to occure. And a deep deep root of lie seems to me this "I did't do it" creating the biotope of lie which is fright gas ... Neptune - the secrecy with truth - is like oxygen for everybody and his woman.

„Planets are masters of Heimarmene.
Contemplated their psychology they are the
constituents of the personality.
The singularity of the individual
thereby is expressed
in the specific form of its constellation.
The ordering factor of the constellation
is that superordinated Center of regulation
which JUNG calles the "Self".

the human soul in my consideration of the psyche is the religious organ, it's speking within and I feel it wants to become at home in the inner infinity - or to come back home - in such a general meaning like water in the river is longign for mother Sea from which it had risen.

we call this "sea" all
and speak of allmighty

and as a spark, or drop of  "aqua divinum" or invisible  "stone" is present
in the all like in the drop 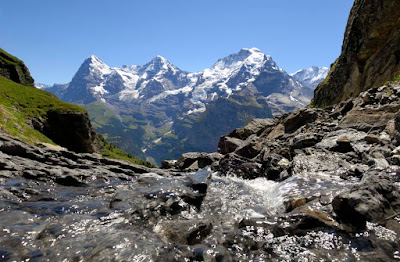 of  greatest interest  this week to me
appeares the resonances as follows:

red "Kings-" Mars
the first of the beginners among the 4 elements
at 4,3° Libra
from the
Kings Conjunction in fire element

and, Sun again
on weekend Sun with the vigor of the center
will be uplifting the aeonic tristar between
air - Pluto in Libra
fire - Pluo in Aries
earth - Sun/Mercury in Cancer


So Sun in the union of firstly  heart with obligation and then with  freedom in a really dramatical change and - never forget - heart "nows" everything, that makes alive, without knowing it, cause knowing belongs to the senses ruled by speaker ond counter Mercury.

As now finally  for Venus on her current resonance-less way through Scorpio demanding from her the change of the "model for two" from free love in the sign of the air-element of Libra into the bondage of the fluent in the moment of its cristallization under the sign of Scorpio like symbolized in wedding
And about weekend with Venus will visit the heavyness of demand in the helplessness of feeling-  abandoned and in Scorpio moral is high and the abandonment of the child is older than Jesus of Nazareth in the cradle.


Wednesday noon the dream boat turns from the height of Aquarius
into the inner depths of Pisces ... from the air-like seeing into the depths
of the waters of
calm
back into the original dough with a fruit for further generation
and ready-baked on Friday afternoon
the 'other' light
appearing in new spring jump
in Aries

Ps: different to logic the contradictions in nature attract each other in their strive to unite - otherwise there wouldn't be us