Following Mars Into Capricorn and the Patient Nr. One 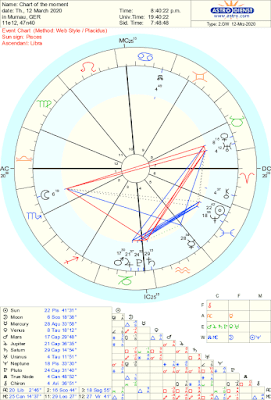 What I use to do,  after noon or after supper is to watch some given
moment with the entire day within.

It's a Venus-Moment, this one, each one of us will be having these 2,40 hours all day.
And now Venus here  is at 8° Taurus, 7. house of this moment =  encounter, together with Uranus.
Today took notice, the tumble since Monday still,  to me,  a downward tsunami. Trillions lost
three of the last four days, (Tuesday 'dead-cat-bounce').

And astrology? Beyond Uranus + Venus on Monday? Uranus, the toppler will be another six years
in the realm of Taurus, hence the abolition in the essence of Venus.

Each one reflecting this consciously, is lifting the 'falling knife' infinitesimally for mankind. In the west reflection is God's work, like meditation in the east, as far as I'm concerned.

While I'm still slow with the astrological grip of the epi- or pandemic, my feeling tells, it's something of Neptune's depths in everyone, where Neptune (the big water) is constantly cleaning the 'lies' on every level,  keeping the divine/natural  model clean enough for the once- in- universe-chance of individuation of the zodiacal man.

Hence this would mean Aries, to mirror Pisces' spiritual - necessity of
cleaning within Aries realm of blood and iron in the condition of Mars of that day.

And what is it, being  encounter for Libra's balance? Well it's the tough guy Mars in Capricorn's
all - shrinking realm of high earth = 'pilgrim's way',  symbolized by the highest realm of  father, king, constitution, God  a.s.o.

And now I might get a glimpse,  taking Aries's Mars as god of any kind of fever = heat = =inflammation, what we are confronted with is his taking the fever into the complex of
Capricorn
contaminating
Jupiter
Pluto
Saturn

that would be four of twelve a third of mankind on the northern hemisphere, theoretically.

If we follow the hypothesis Mars = fever and look for December 1, when the patient Nr. 1 was registered we have a Mars at 7-8° Scorpio.

This day was embedded in the 48. week. On Sunday, December 1.  Mars  met at 7-8° Scorpio green  Uranus, the toppler,  of the water-element =  feeling within the depth of us.

Who would have thought?

So far the gods. Hypothesis: If a stress bad enough to feeling -element is given, on their level it's easy for the gods to find  an elementary 'player' to create a new strain of disease evoking the level of consciousness, necessary for a new balance in mankind's feelings. And the fluid watery realm  of the mucouse membrans, what else, than the green element water should be the element, in which the viruses are travelling through the inner universe? 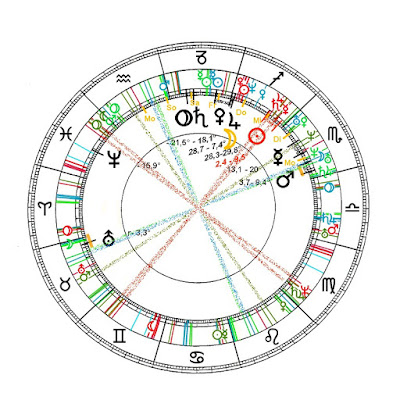 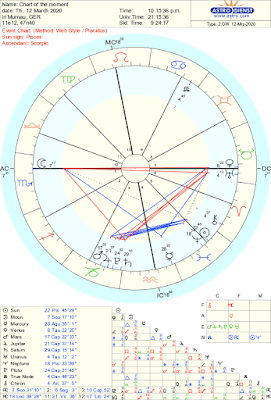