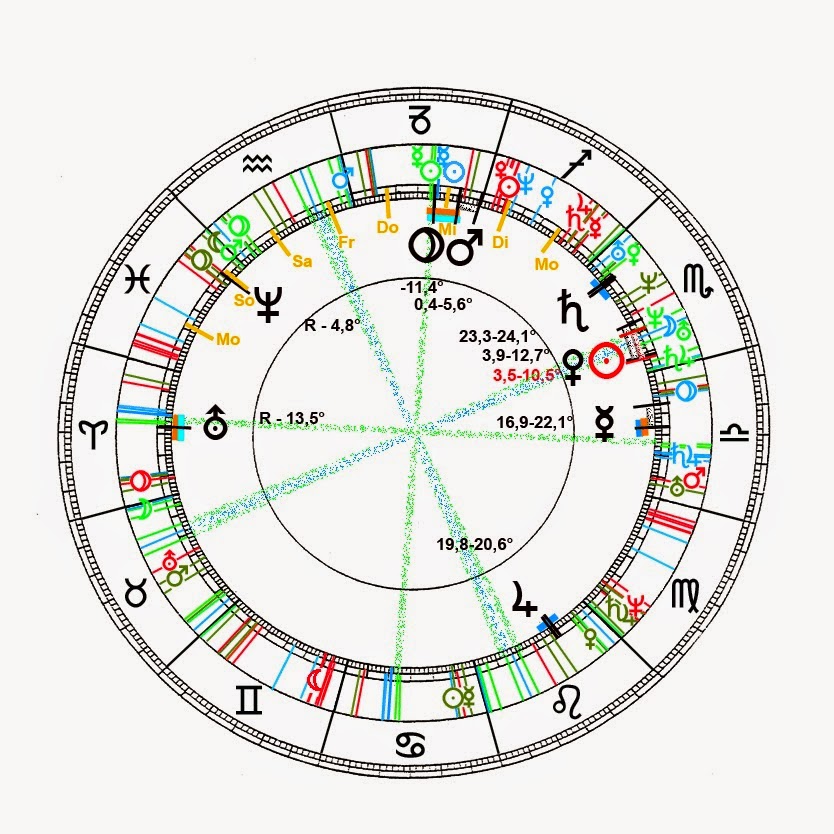 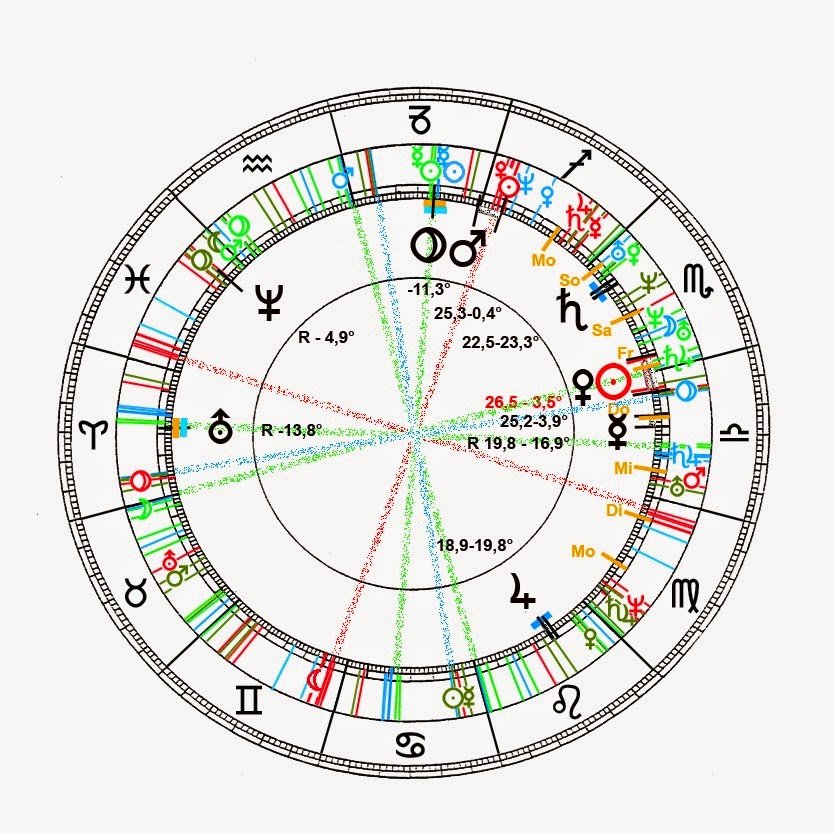 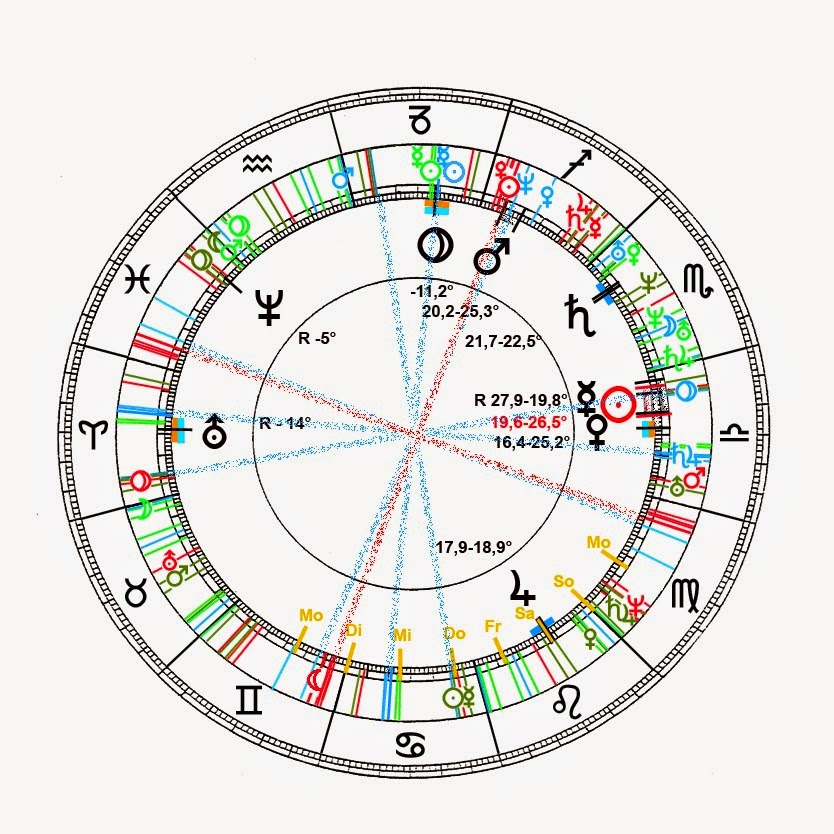 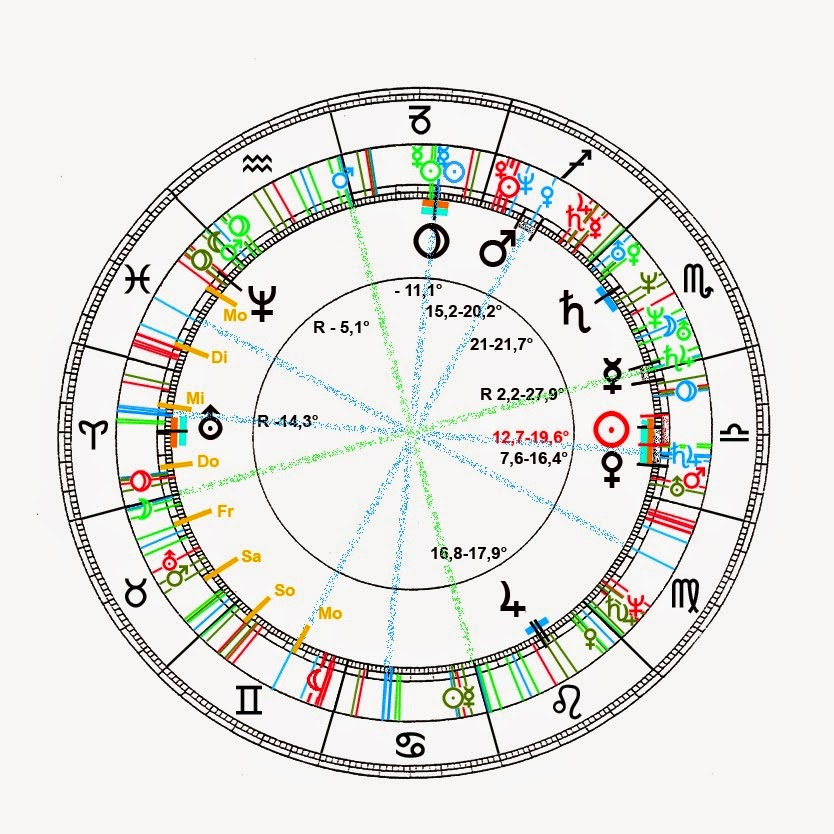 Heavenly Water Levels
from Monday to Monday
(the most important)
6. 10. 2014
and thereupon based on
Mundanomaniacs

second part of the double-week
we are right in the middle in ... yeah, in what?
certain is that Sun  - and at the edge Venus -
are wandering in the resonance of
their fellow gods Pluto and Uranus

whereafter a quiet assesment
will be announced until Saturday afternoon