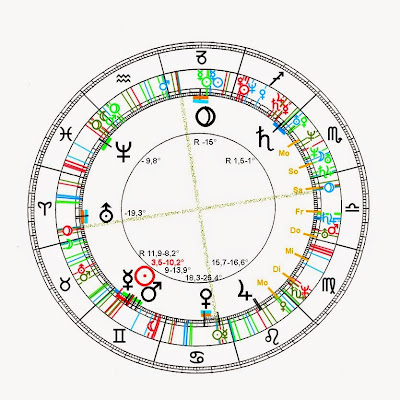 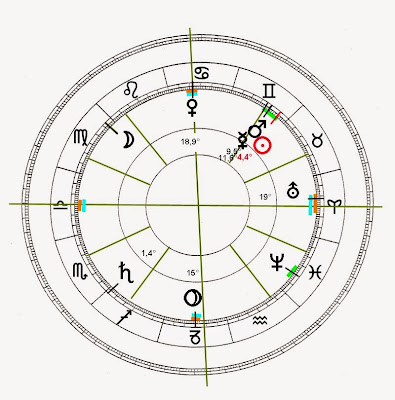 There She is - the Human Venus

"but no doubt a great human moment
is with Venus this week"
, 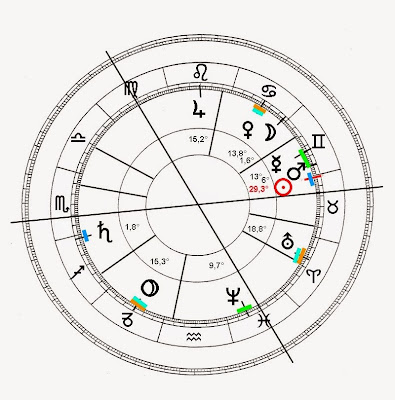 20.5.2015 Moskau UTC 16:46 (about)
That is the approximate moment, where the
Internet-site "Russian Insider" disseminates her publication of the russian Video
PRESIDENT
into the Englisch speaking world

The Libra-borne Venusian and Präsident Putin provides to the Gods/archetypes signified by the planets
a rare chance, on high level (Capricorn!) to mirror themselves in the historical earthly "Son who is replete with his fathers" (Putin = Scorpio-Aszendent).


The constellation of the above moment in mundanomaniacs reading:

What kind of leading image
will emerge?
Leo Sun 29,4° Taurus
sovereign keeper of the herd
in the public
(House 7)

What arbitration is provided by
the son replete with ... ?
Aquarius Uranus 18,8° Aries
suspension and origin

Where is he at home?
Pisces Neptune 9,7° Pisces
resolution of contradictions
(House 3)
mediating in the  realword

What is created by him?Aries Mars 6° Twins
(House 7)
the public strife isUranus in Aries
suspended 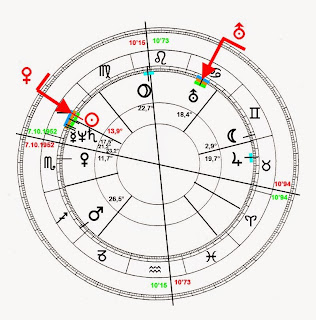 Sun and Mars in Fatherly Mood - Venus in Human 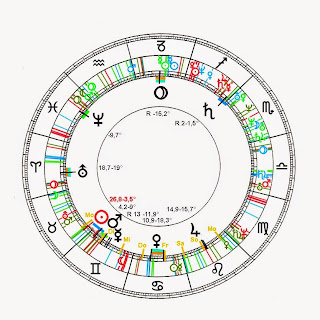 and stays there until Saturday night 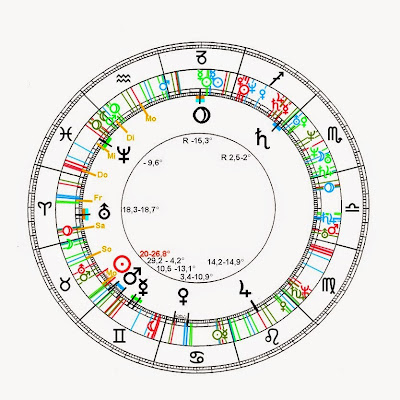 Sun and Jupiter - Heartily Glad Together in Strife 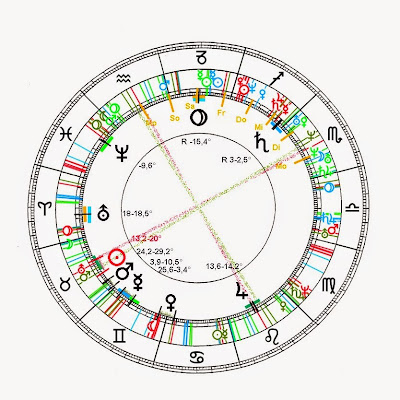 Signs and times - where are we?

but Sun
heart and center of the day
touches two places of fortune
this week
Sun
today (monday) united in Taurus
at 14,1° with Uranus of the fire aeon
relieving inflammation of energy
elementary humility

and on Thursday the  light of
Mars
of the earth aeon of 1803
at 16,9° Taurus is awaiting
the unification with Sun
and her radiations into life world