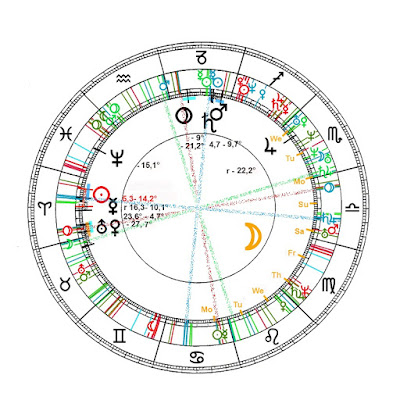 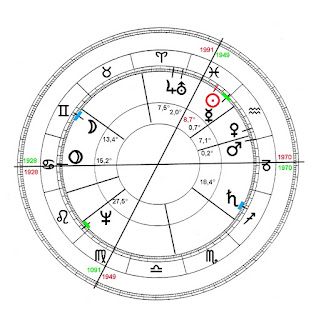 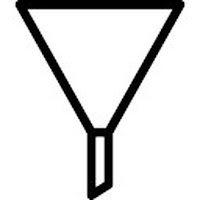 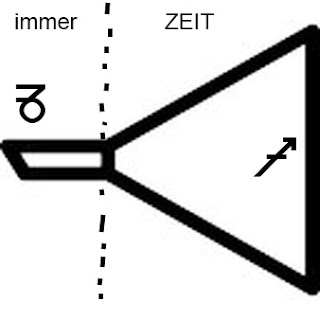 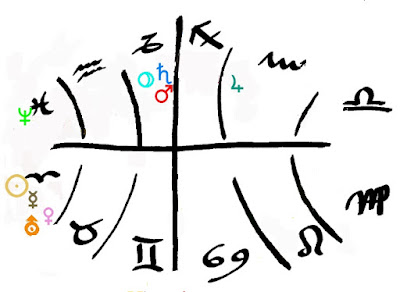 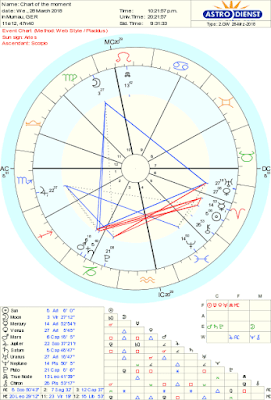 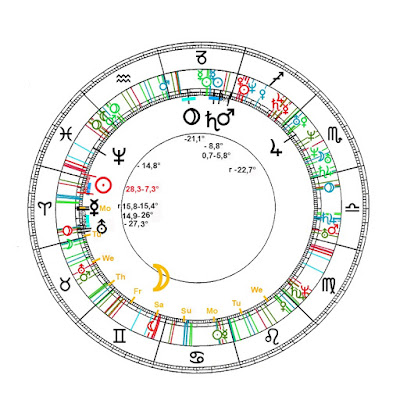 A week
what is it?
A quarter
of a twelfth
of the  whole


This week
attended byMoon's
inside - view
on the northern hemisphere
for two + days days
via length, width and height
or
Aries, Taurus and Twins

to 'land' somewhere else on
Saturday noon namely inside
the snail-shell of time: 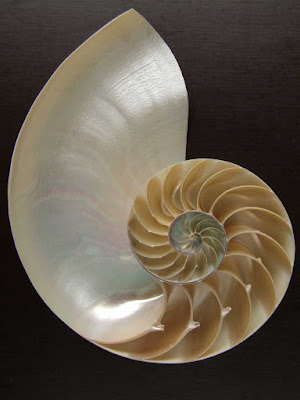 
hence
mercury, copper and gold
together with their demonic attendants
have to put up with

he also hikes
as ,half
in the entourage of Mars
back to the father
also needy for the cut - back
to be able to sprout as idea = 'bud'
out of the all - time
on the way to emergence
as idea of one

and of our part-personalities the four cardinal ones
*(lat. belonging to the door-hinge = cardo)
each one opening one of the
four quadrants of the zodiac:
Aries to the world
Cancer to the inner world
Libra to the world of imagination
Capricorn to the world of spirit

and hence  Aries' 'access to the world' along with
Sun, Mercury, Venus and Uranus receives this week
resonance by poverty and modesty = access to spirit = Mars, Saturn and Pluto
a strife of visible and invisible
blood and names
savages and dragon-killers
venue of demon-clashes

and
for those living with the children of God

82 God standeth in the congregation of the mighty; he judgeth among the gods.
2 How long will ye judge unjustly, and accept the persons of the wicked? Selah.
3 Defend the poor and fatherless: do justice to the afflicted and needy.
4 Deliver the poor and needy: rid them out of the hand of the wicked.
5 They know not, neither will they understand; they walk on in darkness: all the foundations of the earth are out of course.
6 I have said, Ye are gods; and all of you are children of the most High.
7 But ye shall die like men, and fall like one of the princes.
8 Arise, O God, judge the earth: for thou shalt inherit all nations.

= loving his creation in their hearts

= each of the 12 created and creating 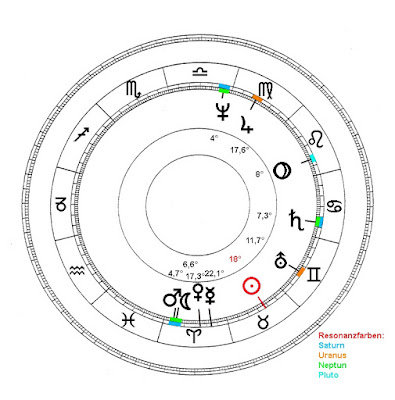 "If you marry the ordered with the chaos
you author the divine child,
the highest meaning beyond
meaning and meaninglessness."
C.G.Jung, Liber Novus, S. 235 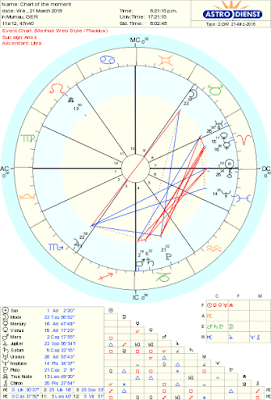 On Saturday Nine of the Twelve are Marching into Density 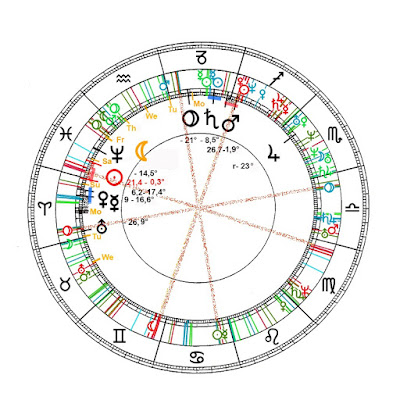 what I ask myself?
that's the rub, I dont have any question
but I have a pleasure to
accompany 'my 12'
signs, gods, archetypes,
according to their astronimocal length
and to watch them like flowers and trees
to sprout

unconscious conscious
whatever
at the permeable border


and now this week for us
'zodiacal man'
of both sexes

with Venus, Mercury and Uranus in
Mars' backpack
and Jupiter in Pluto's backpack

and  in the terrestial simile
on the  axes of the Sun-star
Mars will be the first cry in the
first house of the
fourth Quadrant
of the 12
aka Nr. 10 called Capricorn

And the new germs of Venus and Mercury in Aries sprouting and burgeoning pads of spring snowflakes and coltsfoot-yellow screaming earth-ingitions on humid southern slopes
... of the inner and the outer-worlds, possible now.
But since Saturday with Mars in Capricorn ... well, we'll see

the ancient Aegyptians worshiped King of seed
Osiris  in the mystery of immortallity by union of
father, son and the crafted phallus symbolized
by the column of the Djed.

the four unions of father and son

on the family-axes of the Sun-family united in mutable aeons.

In the circle of the 12 unconscious part-personalities of the
zodiacal man, we  unconsciously are used to be in, while
consciously being  misplaced by the daily evident

Hence these and other constellations of time might keep
passing unreckognized, but also the might take us with them
with the eternal surf of the ocean of the common soul of man
to the shores on human consciousness.

and Sunday till Wednesday Moon the inner view
will be passing the first one and a half
outer realms of the real world. 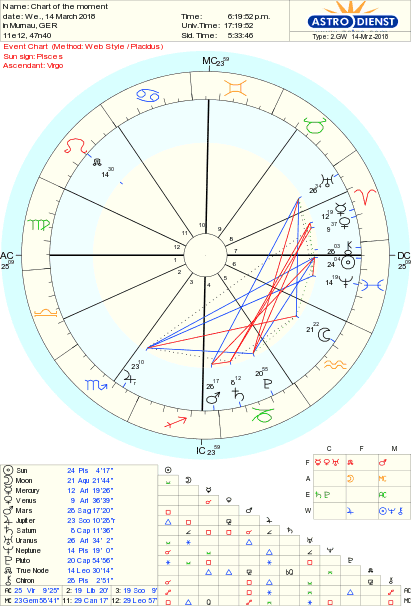