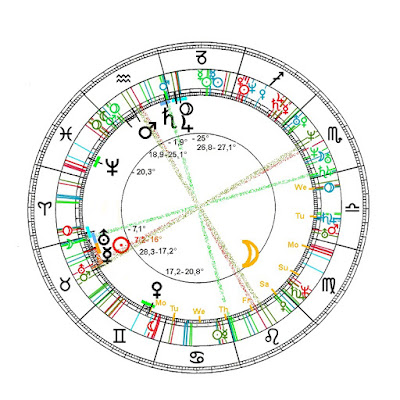 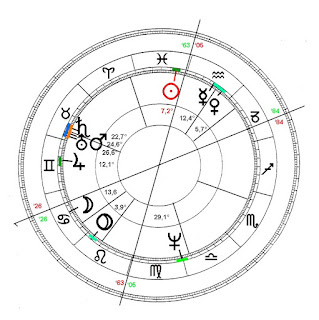 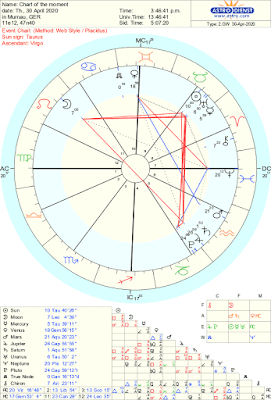 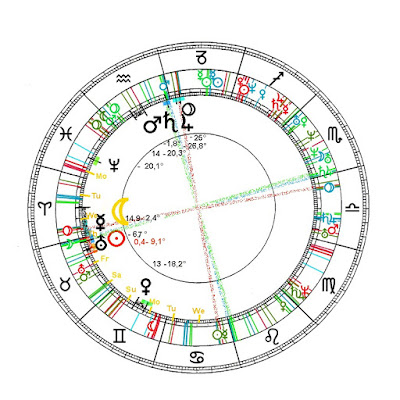 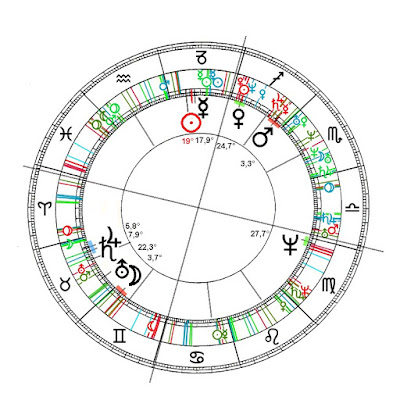 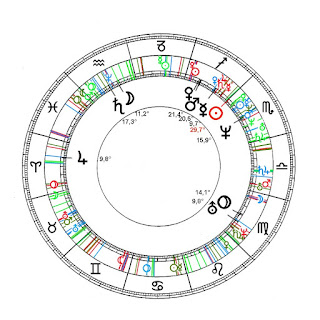 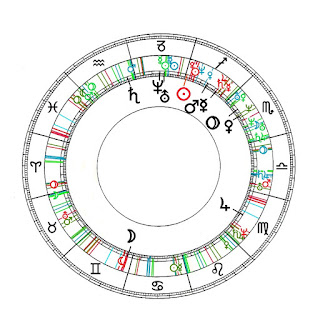 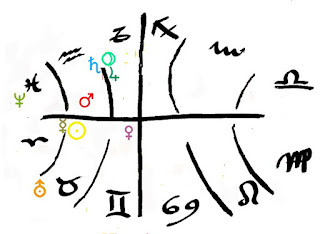 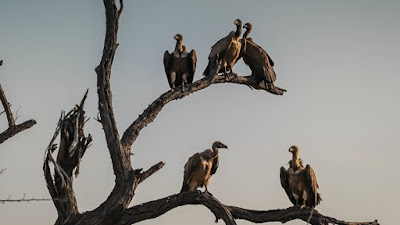 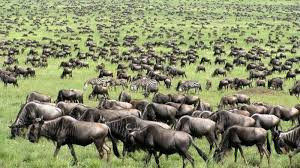 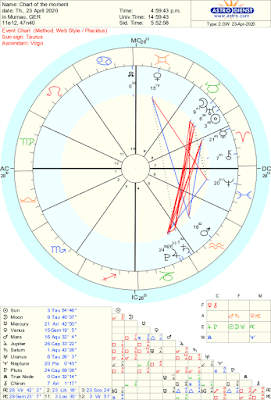 Last Dance of the Behemoth

unique day in the world of oil-busyness
you eventually could earn $ 37, 63
if you'd buy
a barrel of WTI-Crude 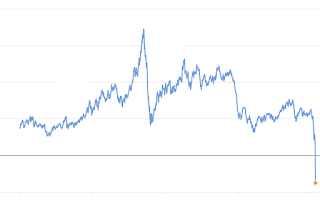 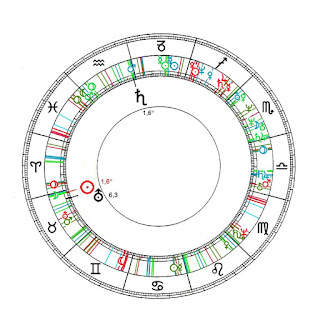 the symbolic -air of Aquarius has Saturn
the gate-keeper of holy measures
like St. Peter "the Rock"
checking the souls
homecoming
off temporal
life 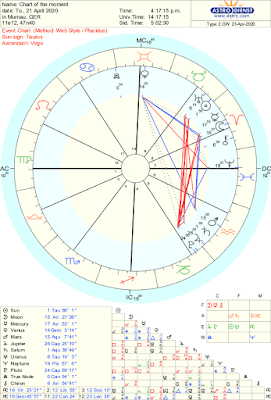 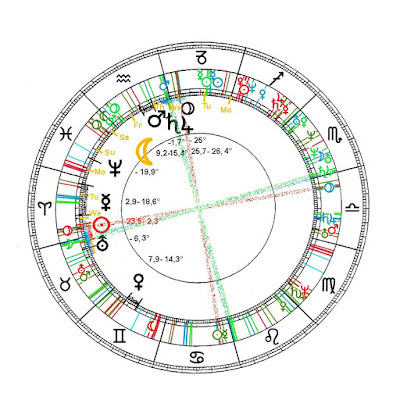 The female horoscope is different from the male one.

so much for the mood within us.

Now for the hypothetical part-persons, ruled bv the naturally given rhythms of the Sun-'family'.


always the mouth of  we
as
any living creature
the Ouroboros 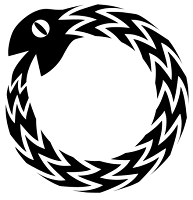 fire
the first
in need of fuel

His rhythms traditionally are swinging with 1,6 Earth-years.

Mars'
the eater
fire-element
in Aquarius
by eating  energizing what?
origins of new ideas in the
spirit
rising from unconscious Pisces
rising at
Uranus' the thinker's  place
in Taurus
concerning
new light
'from above'
within  the social  'herd'


The latter refers to the collective instinct of social needs, traditionally symbolized by the bull - Taurus - strength, and defensive character   ... while the most peaceful sign - symbol: Dove, Libra
has the most bellicose presentations: Aries, according to his Mars. For example him, a double Venus -Type, whose death-knell  roared  for his final two weeks today 75 years ago at 5:00 at the Seelower Höhen. 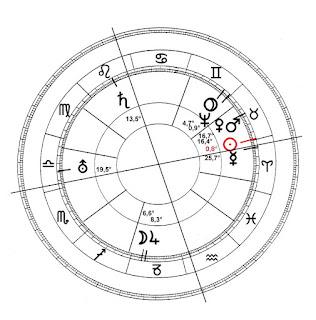 Mars yields his rule on Sun and Mercury

Saturn yields his rule over
Jupiter and Pluto

if someone has grown a  circle of meaning
around  Scorpio-things
he can meditate
on a constructive connection
of fire, heart  and waiver
in our  wasteland of busyness
there is no traditional culture on Earth
where not the time of waiver and sacrifice has it's place
the liberal worldview of the lizards has no place
for Pluto's realm of
sacrifice and waiver to
hence it qualifies
for  the involuntary
'Pluto'-crash

Some Bio-Remarks on the Chronicler

It’s the shortest way to God, to walk through the desert, I was told …

My bio, instead of hate within me started with, sorry, love. Admitted, love to myself, hurt by the callous voices sounding from the adults. Now, in my aging days I realized, it was their being over-stressed, by what was ‘normal life’ then, after the war and in the common race for some goals, generally to become ‘better’, wealthier, more honored, than the neighbor.

What I missed all my early childhood, did I find in two teachers one beautiful motherly Woman, when I was 12 and one fine man in his thirtieth by whom I was introduced into empathetic culture, Kafka, St. Exupery, Hemingway, Thornton Wilder aso, my projected love was reflected by them two: she opened my heart to history of life and of mankind and he to the culture of heart in man, called poetry.

While studying for to become  teacher, via young Marx I entered the idea of Materialistic Philosophy ‘Not only to interpret the world differently, but to change it” and Marx gave me the concept of ‘alienation’ as the necessary psychic deformation of man in capitalism, which subsumed all my personal experience in my first 20 years. Then: Beatles, ‘Kennedy’ Vietnam happened and so on, but not hate, but outrage burned in me, when I got the grade.

Followed by one year as teacher myself, getting the sack via hysteric parent (“he is selling
drug sto the children”) and weak school-board … ok, in old age i accept it was  a kind of ‘higher will’ upon me, not to become a loving teacher but to become a loving student of Sun’s order on Earth, after my soul became mature enough and spot on, after finishing my 18 years of organized revolution in the outer world.

I’m Cancer-ASC hence my ‘material’ is water and the way, water behaves is ‘my way’,  born with Sun in Pisces, also water-element. Cancer dealing with the interior of things and persons , Pisces with the interior of God as man.
In other words, it is, like my  loved mother in law (ASC Cancer, Sun Taurus) used to say:"I always went  the lower way. " yes, the way of water is always the low way.

Hence Cancer has the lowest position in the zodiac, while Capricorn the highest. And Cancer’s
water is symbol of the floating i n n e r reality of all living things, physically and psychically.

Well, my stable condition since the last 40 years avec now some arthropathic pains, contains watching heaven's and earth’s constant quarrel and love connection, between ‘angels’ and ‘devils’ with all that suffering the poison of the latter and all that recuperation with the former, each having places projected on this planet.
I’m now aging on free hidden  territory, incl a  creative Vineyard with grapes of analysis and poetry from the northern and the southern hemisphere.

And as disciple of astrology I’m spending my order and my experience freely to anybody in whose mind the powers of the zodiac are resounding.

Well, this is of the kind of what introverts can do, to make world in man an easier to bear
place, with an outlook into a life beyond our present time in temporality.

In a kind of way, I’m conscious of being a ‘egocentric’ paradox, contrary to the revolutionary logic of ‘no longer to bear things the way they are’.

But to me, a logic and consciousness only moving around what the enemy does,  seems like a
captivity, by the black hole, one might be looking into for too long (see Nietzsche), with the danger, to be sucked in, instead of nursing the own unknown unique creative prong, each one is destined for any.