A Part of the Whole: Vigor, Heart and Language-Ability in the Light of the Bright Elements 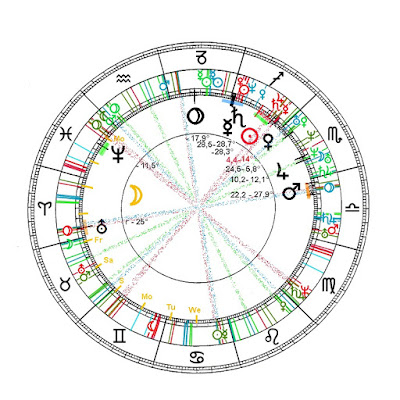 There is, as you know, no human experience,
and also no experience is possible, without
the stepping at that of a subjective readyness.
In what is this subjective readyness consisting?
It consists in the last place in an innate psychic
structure, allowing man anyway to have such
experience. So the entire nature of  man
posits woman,  bodily like spiritually.
His system a priori is appointed to the woman,
like it is prepared for a very special world,
where there is water, light, air, salt, carbs, aso.
The shape of the world, into which he has been born,
already has been inborn into him as a virtual image
and so are in him inborn parents, wife, children, birth
and death as virtuell images, as psychic dispositions ...

These aprioristic categories naturally are of collective
nature, they are images of parents, wife and children
in general and arguably no individual predestinations.
Hence likewise these images are to be thought at as
contentless and therefore unconscious. They only
reach content leverage and finally readyness by  meeting
with empirical facts, touching the unconscious
readyness and awaking it to life. They are in a certain
way the  sediment of all experiences of the queue
of ancestors, but not these experiences  itself.

ibidem
The Aquarius-ascendant C.G.Jung is like no other ascendant apt, to bring the general to appearance: 'empty images', archetypes, Jung calls the realm of the empty images the collective archetypes of the unconscious man within us, ways, walked by all generations ...
for the water-ascendant of mundanomaniac they are riverbeds, in which it is an innate joy, to  to bustle oneself while one is young ... until the indetermineate age, when the ruggedness regresses, earlier for one, later for the other ...

And now for the most empty 'we all', a time will come in which finally it will be incomprehensible, that the treasure of the ancestors = astrology, has been once that unlifted, just like it was, when reading and writing was, not to mention counting.

Anyway in this chronicle the chronicler tries to inspire the intuition freshly in himself and the present, in which direction the fate of the 12 zodiacal signs as walkabouts of 'the gods' of the Sun-family , in the sense of the 82. Psalm, is to be imaginated.

Gods and archetypes, animals, men and things - are 'empty powers', psychic charges, clouds, which effortless lead us in a rough auto-pilot-way. ''Alas, they are lacking in our conscious orientation = the meaning (sense) is lacking, as they are not introduced to the senses. But while every child 'knows' them , saying,  they are, indeed not understood but felt a'given' like the dreams to the childs soul.

But our consciousness-world has to be like such, that borders and differences are discernable cause it does the judgements, while in nature the 'borders and differences' are replacing each other according to the time. The fact, that we have watches shows, that our sense for time is inherant but unconscious.
We are watches, but don't know ist. But that everything is embedded in time-funnels, replacing each other and the repositioning of the energies and streams are happening in an ever-exercised 'channel' of the elements, no consciousness can permanently ignore that from the 12 signs and times and their 'gods' is to be inferred to a propulsion in the unconscious depths and heighs ...

For all of us under the northern sky takes effect
that the three 'empty images' of autumn are those which are
being transmigrated by the majority of the 'gods'
meeting 'empirical facts' ... 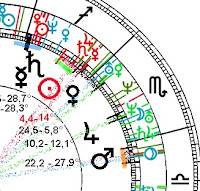 and in each individual horoscope this autumn = Libra- till- Sagittarius-happening 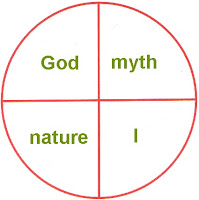 But here in the week's chronicle we have the 'horoscope' of the 'empty-god-man = zodiac' with the ascendant of 30° Pisces = 0° Aries, always passing in the forgotten first seven years = Pisces-condition of the consciousness,  finding itself in the second seven years in the alienation fom the original concealment,   finding an origin of the own uniqe kind, without conceiving it ...
and in parallel we currently have:

happening  for seven years each 84 years

Uranus = the general of the coming man above of all individuation

in Aries
= man-'god' under free sky
till next May 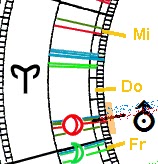 till then next May

and thereafter in seven more years it will be the real space around
where the great man will awake in being underway
in the space whereto language belongs
Uranus in Twins
aso.

And now to the current week:

mind, that the archetypes contain the bad like the good  outcomes, so also Mars + Uranus
can be aggression + lawlessness.
this week Mars is visiting the blue Pluto- thought
of waiver for more- than- enough
awaking by this the grat cross with the red Pluto in Aries
just under current Uranus
and the olive earth-Sun in Cancer

there is another long-distance -effect this week
an image tells more than words
look at the Sagittarius-Sun above:
red week with green background
Sun = heart
= individual strength in  Sagittarius
= foresight by panorama view
reconciliation and eternal spiral
of time and space
flying arrow of insight from the bow of Scorpio
moving hand on the 12 - years-clock

and the collective heart-week
started with Sun in 4,9° Sagittarius  in the light of Mercury
of the fire-element
brightest place of the language-ability in the zodiac
and the heart-week will be culminating
with Sun = 8,3° Sagittarius
in the high union with Saturn/Jupiter of the
fire-element of 1603
where the queen of the south and her son is residing


A friend recently said my diary is being "incapsulated" - by this referring to his being out-capsulated, and I added:
My Cancer-ascendant in house one says: personal appearance as "start of a well' ... what, well , in the general world appeares a 'good for nothing' ...

Thus I have made myself visitable in my courses and my consultings.

And to my friend I said:" I am Cancer-asc, I have to be incapsulated, cause of my soft and (well-tasting) interior.

And in this 'week-capsul' is- for a few - the diary from the high bouy of the astrologers, and the divine players in the 'familiy-game' experience ever more the seasons and the grat kings-places of the four elements, whatever we are conceiving of it.

More I'm not able and willing to project
astrology is entirely and only the astrology which one finds oneself
an attempt of the self, underway a lifetime to learn to know you,
possible only if the consciousness id underway on the ways of
the self, to learn to know it, whereby the astrology incorruptly proves,
what, where, now is screwed in a complex incessantly rotating spiral.
And every required rhythm, from the quickest as thought of Mercury
to the generation-capsul of Pluto, comprising a quarter of a millenium;
so the plutonian time-capsul, connecting us since 1763 with the triumphant
enlightment and it's results, on which's account is the daemonisation of
the astrolgy and religion, what has done good to her and is keeping to do,
cause she belongs, - lived - in the neighborhood of the simple people,
although having been born in the neighborhood of the kings. 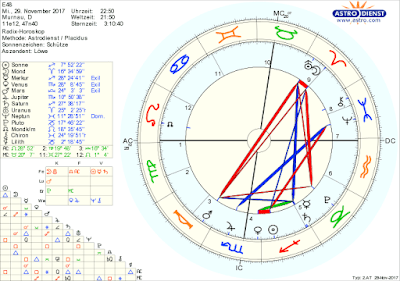 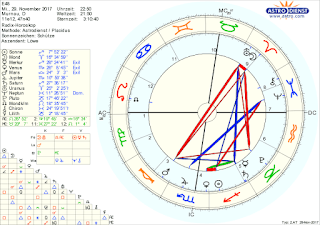 or is it still the wrong but meaningfull one? 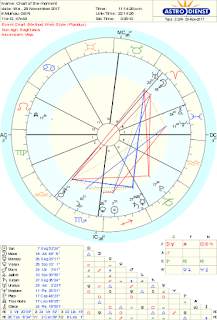 my Uranus ( 26, ...° Taurus) has just entered time-capsul ("MC")
luckily in Virgo-time ( a must for a Pisces)
Virgo is on earth to carry
the child Pisces
and viceversa 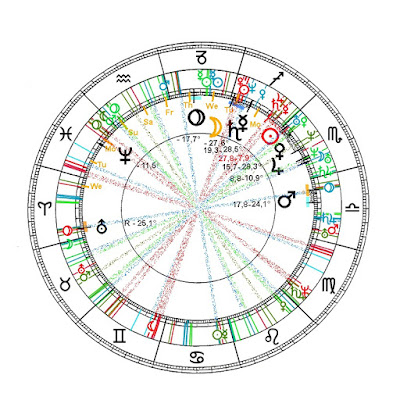 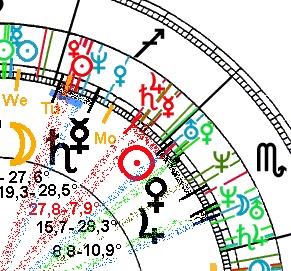 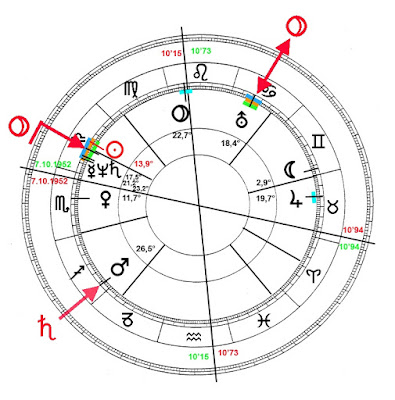 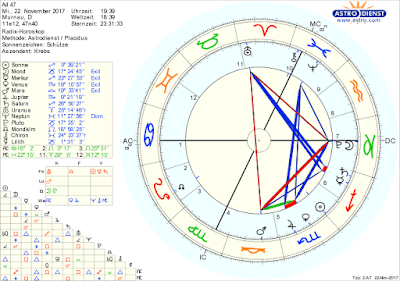