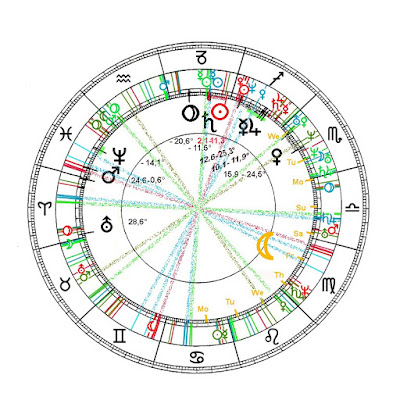 " Only the living presence of the eternal images is
able to invest those dignity to the human soul,
which makes it probable to man, and morally
possible to persevere with his soul and to be
convinced, that it's worth, to stay with her.
Only then it will be apparent to him, that the
conflict belongs to him, that the split is his
woeful richness, not to be given away, while
attacking others, and in case, that the fate
demands  guilt by him it is guilt at himself.
By that he admits the worth of his soul, because
to a nothing no one can bear the blame.
But if man looses his own worth, he becomes
a hungry predator.

The self, Jung says repeatedly, represents the 'union of all antagonisms' and to me the zodiac is a projected, virtual, collective 'soul' for us inhabitants of each polar hemisphere.

The unconsciousness is not directly observable. But we can follow it in its projects on the projected as well as meted year-circle, and conclude on the likewise unconscious, non the less powerfull, numinous process in the collective unconsciousness, which the astrologer has to translate into a neutral language.

Saturn's return to a given place happens scantly every 30 years, and this one together with the current Sun  and the Suns of air and water is a happening in a higher grade of rarity. The last one similar was in 1930 but not as precisely like in this remakable year.

Here now is the elementary center of our aeon

As aeon I call a length of time within the most important "Family- Rhythm" in the Sun-System:  The 'Great Conjunctions' of Saturn and Jupiter, the two biggies in the family, 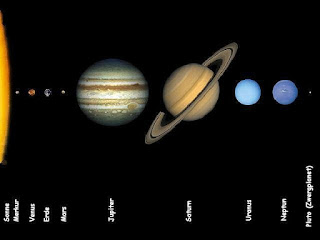 happens each 20 years. Their unions happen in strings of about 200 years in the zodiacal signs of the same element. When the string is 'full', a change of the element is due. This is in Persia/Arabian tradition a Kings-Conjunction. marking the first of the string in that  Element. The 10 'gods' of it are to conceive as emulous to form the time-space-images of their element for about 800 years underneath of our consciousness.

The youngest change was 1980 in the air element = new shape of 'thinking', nearly in coniunction with the oldest KK., that of water of 1305.

union of air and water
of thinking and feeling
together with heart and conscience
hence my commendation
to meditate and to
celebrate
with three Suns, two Mercuries
and one Saturn

tomorrow on Thursday
uniting with the childgod
of the element earth
Neptune at 18,9° Scorpio
for the purufication of  earthly-practical
intentions 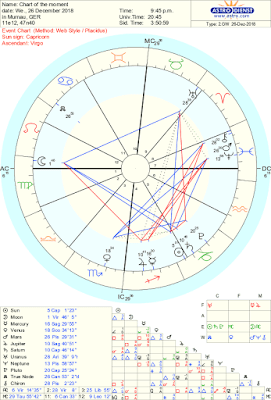 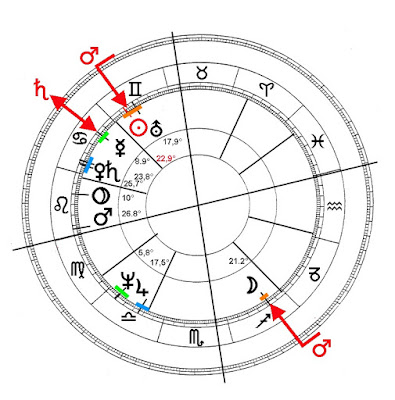 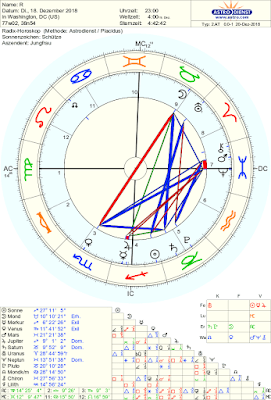 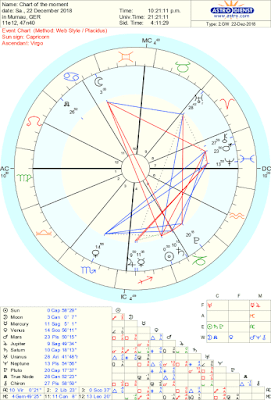 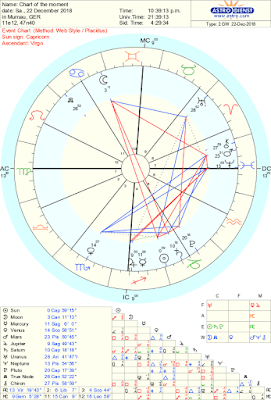 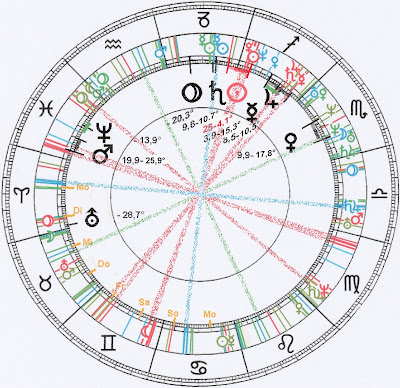 Four years of  'astromundane diary' sprouted out of 11 years-old  Mundanes Tagebuch signify forthgrowing mountains of time-waves, sender and receiver each oft them ...

The view of the chronicler,  catching  coming times, present constellations and dense moments in times past, is each time the same:

the zodiac has to talk

In the German-only early times  of this chronicle a lot of considerations concerning historical densities have been writen. And  great political events were analized. And my trials found me till 2014 as a donkey following the carrot of "Human rights" as the commanding meme. The 'Egypt Spring' and the Libyan 'Uprising'  both know my prayers for the 'Anti-monsters-fighters'

Beginning with Lavrow 2013 I started to sense, who the real monsters are. Only the abject hate against Russia, the hegemon overtly expressed 2014, and the abject trotting of the mind-makers + herds of western vasalles following ...  in short: 2014 with Maidan and  Donbass my facing of the presence found me with  the Donbass and with Saker and led to my trials to tell future, 2016 with the Donald.

Now the present densities of the current week, as the heavenly  textbook for nature offered for reconsidering to mankind:

And all this fire = brightness happens in Sagittarius, because 1603 when the last Kings-conjunction in the fire-element occured, the conjunction of Saturn + Jupiter signifying  ruling dynasties, of fiery = early, bright minds happened at 8,3° Sagittarius.

So much for the gods in Sagittarius
resonating with Twins, Virgo and Pisces

Neptune
always a beginning
shaped as an end 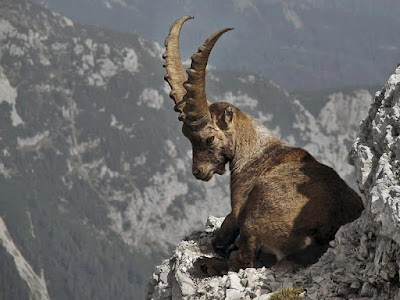 after on Monday over Aries missing
the freedom of the impulse

Tuesaday/Wednesday night missing
the security of the territory

Thursday and Friday night
is missing the borderlessness of ways


Saturday and Sunday it is  the
concealment missing appearing in dreams

while Monday till Wednesday
Leo's sovereignty appeares
in dreamed dramas

to give the dreamer his nut waiting
to be cracked 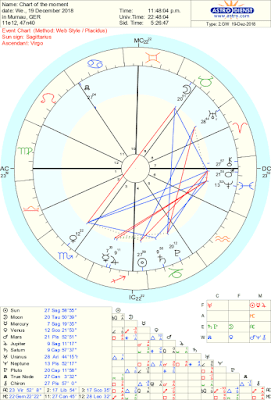 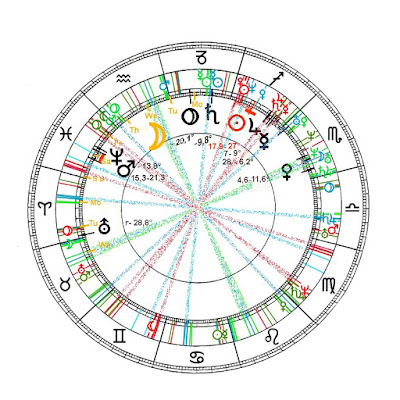 The consciousness,  guarded around, carried or
threatened and cheated by psychic powers is
a primordial experience of humanity. This
experience has been projected in the archetypus
of the child, which expresses the entirety of man.
It is the abandoned and extradited and likewise
divine-powerfull, the unhandsome, dubious
beginning and the triumphant end. The"eternal
child" in man is a indescribable experience,  an
unadaptedness, a disadventage and a divine
prerogative, a imponderabile constituting
the last worth and unworth of a personality.

in his bag
the thought of man god
anthropos
dionysos
Uranus 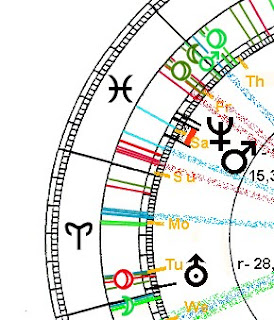 so much for the first  of three secrets of Earth's Sun this week, from Tuesdy to Thursday the other two are following:

3 days of light, warmth, security and balance each year  when Sun meets in his own element
his aeonic birthday, happening since 1603, when the Kingsconjunction happened  on that December-day in the fire-element.

Who wants to know what it means, signifies, what the gods are nodding to,  has to  study, has to watch them in their symbolic guidance.  There is no other way to understand the secrets of the archetypes  of God's gods.

Jupiter
in his home-realm Sagittarius

divided in young fire, middle fire and old fire
as the latter embraces the comprehensive view
of the late years in life
and Leo fire is heart fire of the center
and Aries fire is blind and pure
like the newborn child
in it's drives

Every 12 years we have this chance on Sunday,  to watch and meditate our collective selfs qua unconscious mirrors of the wisdom of the elements and signs, waiting to become conscious in man.

and he is the reading and talking master - god

no longer far from Jupiter
reaching for celebration
at 4,9° Sagittarius
for the third time this year
Mercury with red Mercury
of the fire element

What could they mark together in Sagittarius, but he brand- new myths featuring  gods, mirrored in nature, what else could red Mercury tell our brain-organ, than start to esteem the symbolic life.

So, with Sun, Jupiter and Mercury, each of them (in us) celebrating light and fire we are facing a uniquely bright week. May a lot of humans become  able for apperception of such rare events in time. 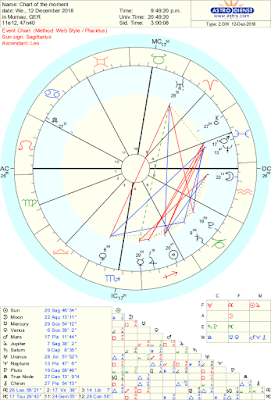