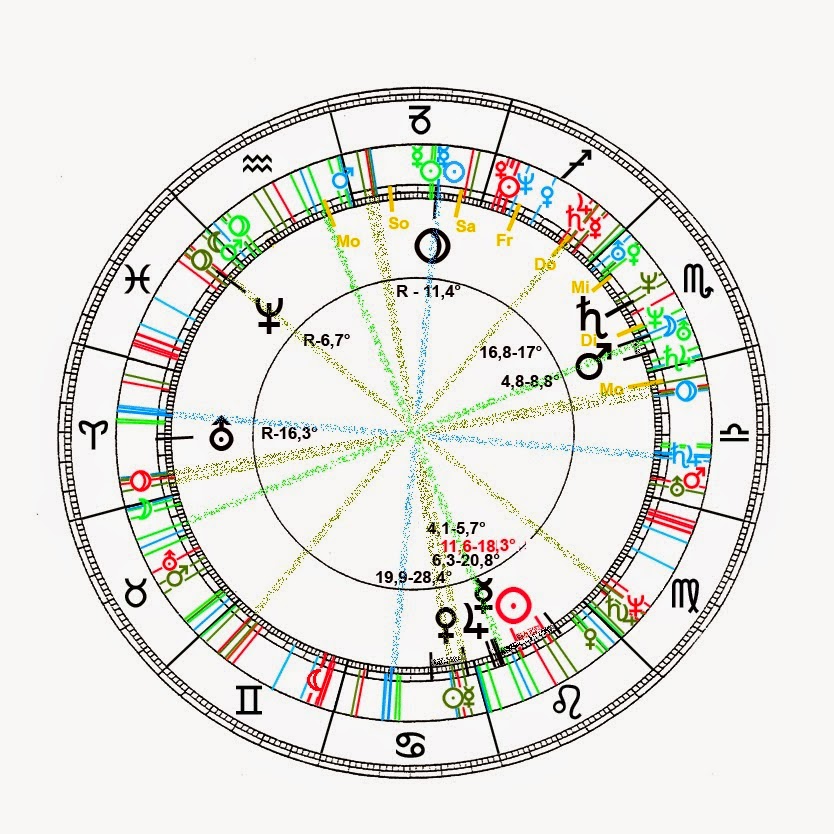 Heavenly Water Levels
from Monday to Monday
(the most important)
4. 8. 2014
and thereupon based on
Mundanomaniacs

Beauty will save the world - Happy Victory Day!
In this Victory Day I want to congratulate you all for doing
your part of the struggle against Empire today.
Even those of you who might think that they are doing
nothing are doing something very important just by trying
to find the truth and
by bypassing the Empire's propaganda machine.
9.5.2014 Saker

the greater part of the week though belongs to Mercury together with Sun  ruler of Leo in Leo
and in her brightness and her sparkling gloss the borders and differences which to distinguish
Mercury is godly gifted become invisible and so is a minister whose stand is too close
to his ruler ... called a "burned Mercury"
once again the subject "sic Mercury" - humankind - subject

Venus weiterhin in der Familienwelt der Habenden
nähert sich mit ihren Körben und Bühnen the Sundragon from the
17. of July on 24,5° Cancer
place of the Sun in the Kings Conjunction of 1802 in the elelment earth
still valid untill 2577
feminine lap of t he rulers
midnightsun
and Venus aproaches the place of Mercury on 26,9° Cancer
where the aid of the queen is only 2°
in distance of the queen
endangered of too little distance to the center
prone for wishfull thinking
in this äon untill 2577
at this place
Mars
except for the resonance connection referred on top

together with Sun Mercury and Jupiter
will be hiking in this second part of the week the visit
at the green Uranus of the element water
the air - god at the altar of the soul-element
humankind - god and Scorpio the soul-element of the inner image feeling
and aboard Mars - opening the door for the urge
until next week ...
Saturn
and the stern images of the father raise out of memory
and appearing with Saturn on 16,9° Scorpio
pictures emerge from the end as symbols of sacrifice and abandonment
non-sensual images of the life of all those who are collected to the ancestors
and to them in resonance
sensual pictures of a far real collective lunacy-machine
titanic Earth-Mars on 16,9° Taurus
Earth-Mars as world-igniter baiting in his resonance
with Neptune in Scorpio
for another 550 years the executer of the entire liquidation
alertness is therefore advisable


and when Jupiter out of Aquarius shines in resonance
then the formates of understanding are suddenly extended
as if one would upend a funnel
Example: 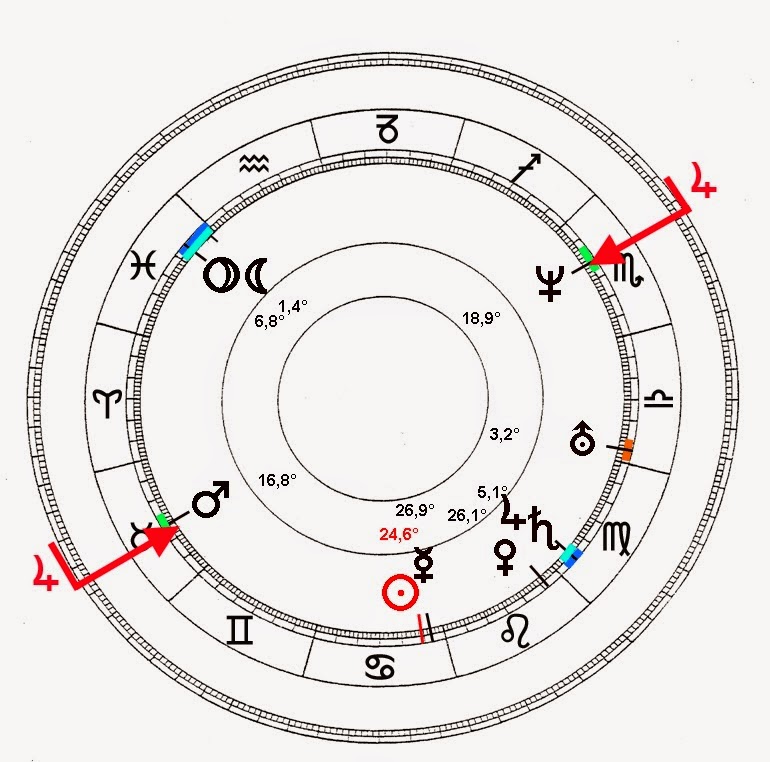 3.8.1914 Beginn of German Attac on France
and like in every third year
Jupiter will also be in this year in place with his resonance for a
large ignition in october independent from the Mars of the day
not unexpectedy like out of Aquarius imminent
but rather - out of Leo - deliberately by the center
may god help us

What was missed in the contemplation on monday: the square between Sun and Saturn this week. As Sun points to the center (Imperium) so according to the square this has  to subjugate to the resonance of Saturn which  as allways constrains to it's strict measures. The counter-sanctions of Russia are the eye-opener for this constellation this week.