Close to the Beyond - Astrologer in Stroke 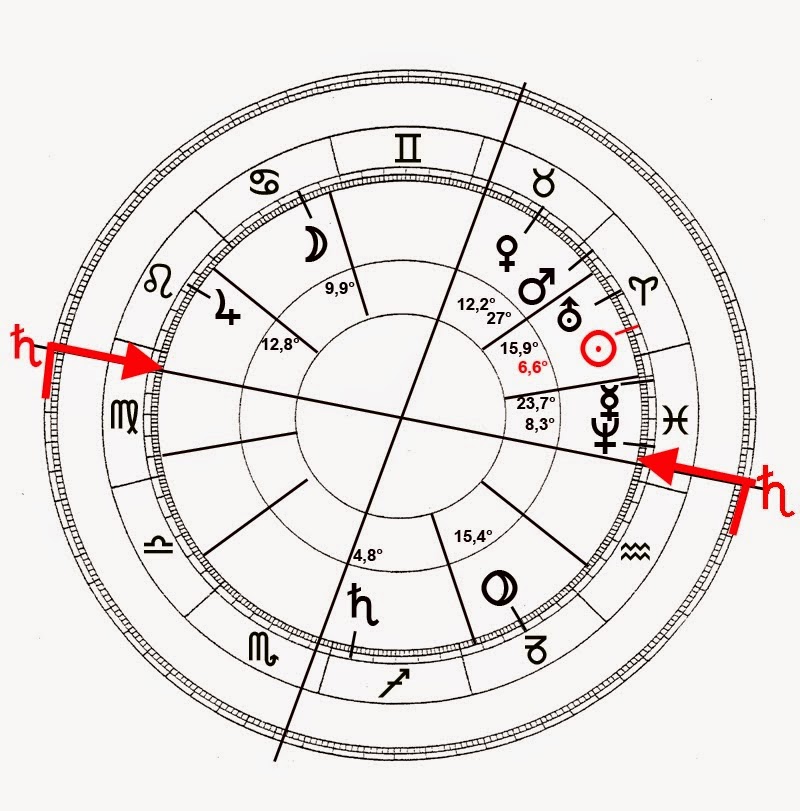 27.3.2015, UTC 14:34, Murnau
It was one of this precise happenstances which are time and again ascertained by astrology. In the same time, when the occlusive disease became efficient, the 4° -5° grade of Virgo rose to the ascendent i.e. into the visibility of the appearance.
The rhythmic feature of the lights and planets in the zodiac entails that each of their positions is swinging permanently in rhythmical resonance with the location of the possible complementary partner and with those of the two square-partners.
Sand placed on a steel plate, which has been transposed in vibrations, accumulates in such a way, that an
image in analogy to these four main - resonances become visible.
These four main - resonances are those on which Mundanomaniacs contemplations are deliberately confined to, even as he knows, that further resonances invite to be considered. (This Angular-Astrology
has been the one, Kepler had turned to exclusivly.) 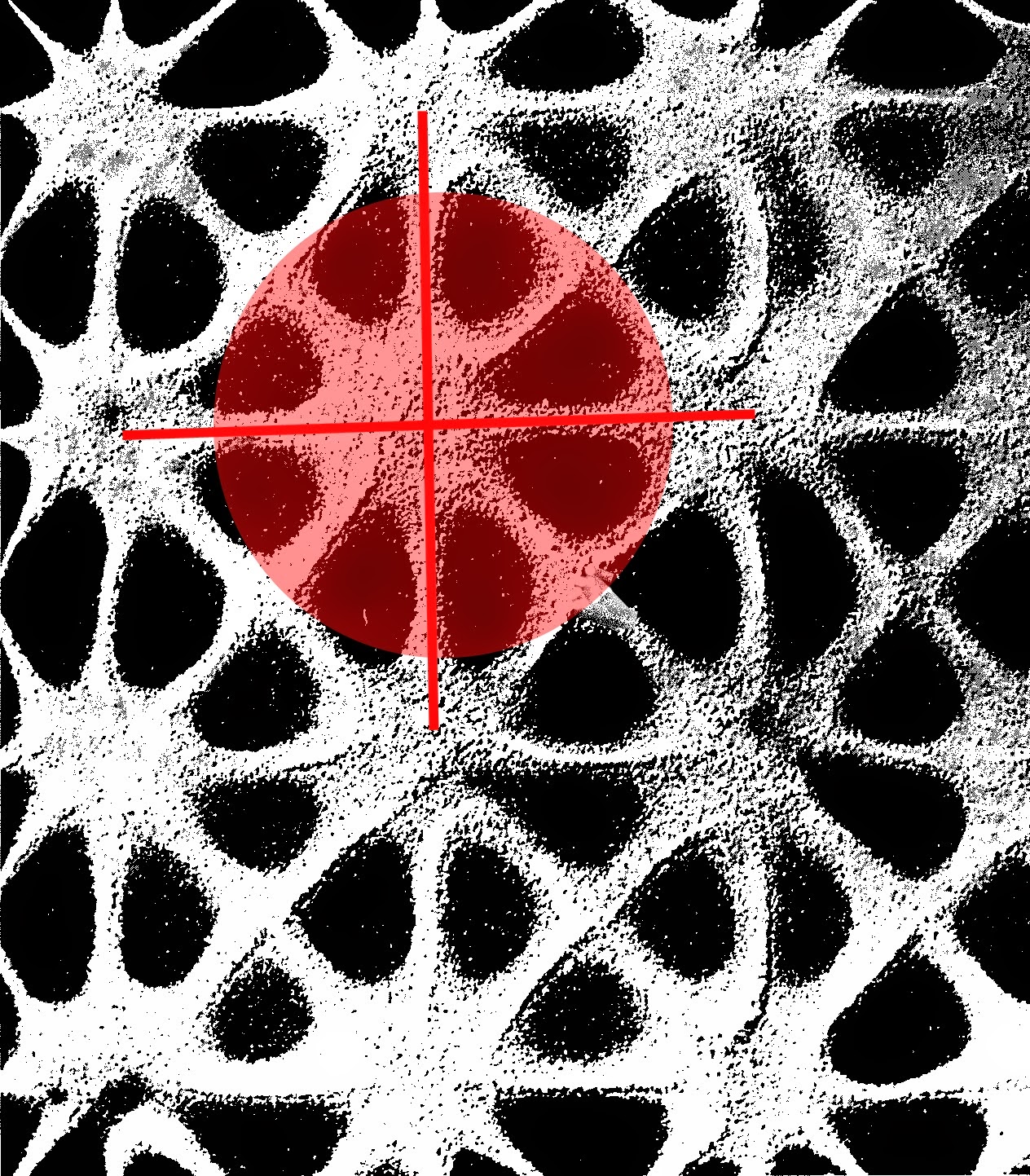 The ascendent of the event of 4-5° Virgo swings thus in resonance with 4-5° Twins, Pisces and Sagittarius. At 4,8° however Saturn is located. Therefore these 4-5° are the tightest, strictest and most saturnine Grads in the entire present zodiac. And the ascendent shows in the minute of the event this precise square to Saturn, thus the resonance moment of the constriction. 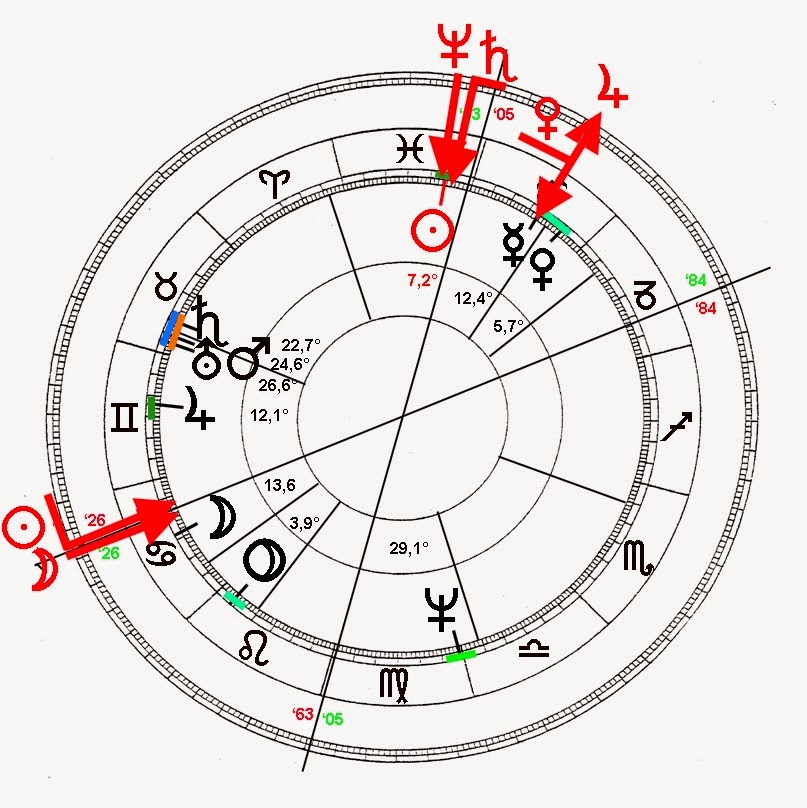 The transit with my horoscope reveals:
1. Saturn with his resonance close to my sun, in distance of only 2,4° to the precise square.
2. Beside my Sun, in distance of 1,1° is Neptune, the lord of all flowing, being part and content of this constellation

As Sun is supposed to signify the heart, the question arises: why brain and not heart?
An explanation might be, that house number 10, in which Sun is located, signifies the head.
2. Sun and Moon in square resp. conjunction with the ascendent signify, that the matter in question
is life and existence.
3. With Mercury in whom, as you know, I understand the lord of the ways, appears an important transit - aspect:


1. A precise square of Venus which I understand as being responsible for vessels.

2. A precise opposition of Jupiter, in whose sign always are recognized extensions and widening.

Tradition has it that by Jupiter is signified "the big luck". How important this one was for me conveys by the diagnosis:


"Thrombosis of the artery basilaris and cerebellum infarct"

The basilaris artery, providing the cerebellum with blood, is, in the neck area, the only artery anyway which exists only one time, all other arteries exist in double ways. Therefore a basilaris thrombosis is absolutely life-threatening, as it cuts the cerebellum from provision with oxygen. No part of the body is so little infact- tolerant as the brain. It dies off after short while.


Now it happened, that the ambulance, ordered by the family doctor, arrived only after two hours.
What rescued me reads in the clinical report this way:

"Multisegmental occlusion of the artery basilaris [...] whereby the midbasilary stream stretch is replenished by a bypassing circumventium (PICA/AICA), the distal a.basilaris via a fetal (?) maintenance from the front."

The first medical concilium around my bed was then also filled with amazement ("exceptional positive")
about the course of the event. The doctors knew certainly, when the thrombosis had entered and when they had been able, to start their treatment. 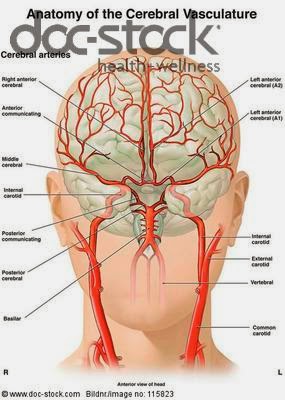 Meanwhile, as the blog of yesterday showed, I'recovered and the powers are slowly returning.
My big luck: no paralysis, no aphasia.

Indeed, what I have to go through is: end of November Neptune, retrograde meets my Sun again at 7° Pisces and again Saturn is on the spot for a square, but this time precisely at 7° Sagittarius.
A death sentence? Crap, or?  At least I'm medicated with 2 blood thinner. One will see, a doctor said to me: "Your chance is better now."
I mean, as long as the destiny, one lives for, has not been fulfilled, one might remain. Moreover the intake of some homeopathic Calcium Oxide in honour of my old astrology/homeopathy teacher Wolfgang Döbereiner might not be to bad an idea.