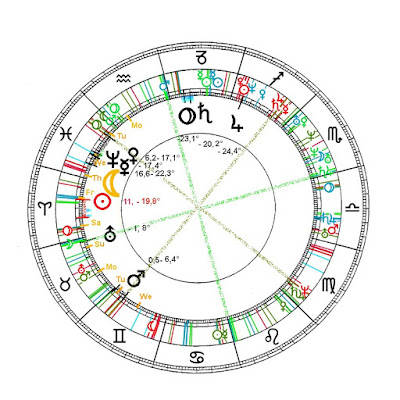 "The symbols of the self emerge in the depth of the body
and express its materiality as much as the structure of the
perceiving consciousness. The symbol is living body, corpus
et anima, therefore the "child" is such an excellent formula
for the symbol.".

"The uniqueness of the psyche is a, indeed never entirely, but
however  always approximately to actualize factor, which
likewise is the inevitable basic of all consciousness."

"The deeper "layers" of the psyche loose with increasing depth and
darkness the individual uniqueness. Downwards, id est
with approach of the autonomous systems of functions they become
increasingly collective in order to become universal in the materiality
of the body, namely the chemical bodies, and likewise to lapse.
The carbon of the body is carbon anyway. Undermost hence
psyche  generally is  "world"."

In each horoscope the "child" is three times present as:
12. house: solution
12. Sign Pisces
8. Planet : Neptune
necessary components for the unity of  12 characters
hence  the zodiacal world in and around man
in Sun's cosmos

Watching the clock of the zodiac, a diary like this  lifts and lowers, by telling  what the invisible symbolic weathers are above and below of our consciousness. Physio/Psychic lights and planets, our  Sun's family, hiking around Sun like we, and  projected on Earth's 7/24  on the 360° zodiacal horizon. So much for the unconscious  near -to-consciousness.

Who looks will find  here the access to the threefold tier of the four elements, which the Iranian/Arabian astrology has left to mankind:  the Astrolgy of the Kingsconjunktions  of the two big- gas-babies Saturn and Jupiter among our  planets -family, among the nine planets around the Axix of Sun 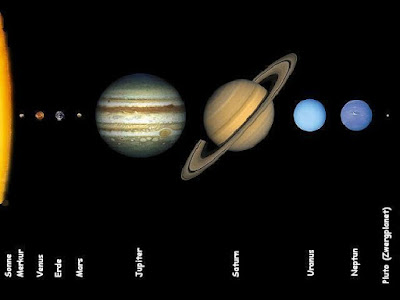 A green belt around a Sun markes an invisible layer around the star, wherein a planet is rich of water and spins in its blue-green rhythms around the truth or the entire cosmic family on Earth.

Now for the northern hemisphere of the Earth our collective six heavenly signs mirrored by our  six earthly  signs according to the zodiac and the 'gods' as giver of intensities and resonances are having their moments and synchronicities. 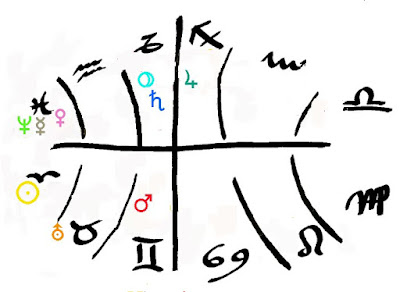 in each week the child archetype has its place in the
12.sign Pisces
as inborn solution of depleted and well of fresh meaning
this 12. house of life
home of Neptune
currently ruled by the child-ruler at home in the
inalienable palace of the child-god
in the living adult
place of mildness
Pisces
in the world of symbols

And this is what we see:

In the meekness of forgetting = Pisces
Neptune the "child"
likewise
Venus forgetting stocks, reserves, connections
Mercury forgetting the aptitude of the speaker
and the lies fade

in the mirror to that

Jupiter symbol of
completeness by conciliation
heavens Sagittarius with his 'vertical light'
awaiting  'feeling' Moon
. 'the people'
in Cancer
to mirror his conciliation by
conception 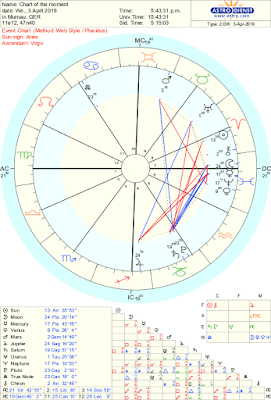 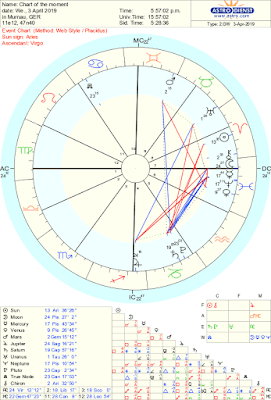