Coasts Nothing and Leads into Heaven - Zodiacal Truth 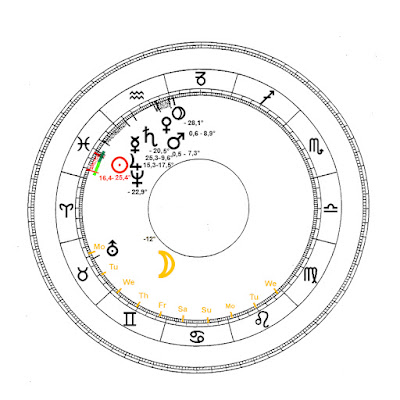 18. The LORD created me at the beginning of his work, the first
of his acts of old. Ages ago I was set up, at the first,

"The barbarians of technocracy raging towards the
night of  lunacy, by  mutual iron each other out of the way."
Walter Schubart, Europe and the soul of the east, p. 51
" It was a secure intuition, when Persians and Hebrews confined
the number of the ages with four. And indeed there are four
archtypes, which supersede one another, and  generate per their
reign the harmonic, heroic, ascetic and messianic man.
They distinguish each other by their basic attitude, which they
take, once when they see themselves opposite the all. The
harmonic man undergoes it as cosmos, which is  ensouled and
not guided or formed by man, but wants to be regarded and loved.
Here is no thought of developement  but static calm. The world is
at goal. So felt the homeric Greeks, the Chinese of Kung-tse,
the Christs of the Gothic. The heroic man deems to come upon
the chaos which he will shape with his ordering strength. Here
all is movement. The world is led to ends, being determined
by himself. So felt the ancient Rome, Romans and Germans
of the early modern times. The ascetic man  suffered being as
aberration in front of which he flees into the mystic source
of things. Her leaves the world without  desire  and hope, to
rectify it. So Indians and newplatonic Greeks perceive.
The messanic man  finally feels appointed, to constitute on
Earth a highrer divine order, whose veiled image he carries
within him. He wants to  realize harmony around himself,
which senses within him. So the first Christian felt and most
of the Slaves. The four archetypes are to be labelt with the
keywords:  World- unison, World - reign, World- escape,
and world- sanctification."
ibid. p. 15.
"Man apportions himself in his behaviour to God and a behaviour
to man. Both attitudes contradict and disturb each other, cause
no one can one after another be mystical and practical."
ibid. p. 63.

and if he did?

And if the four ages are still living everytime as a whole,  better,  are lived by us, in changing parts?

Perfect to be lived according to the four elements, 12 signs and one's 12 houses.

The mystic astrologer (in man ) raises heaven and  Zodiac and the run of the heavenly rulers of rhythms around Sun.

cause in the mystic order 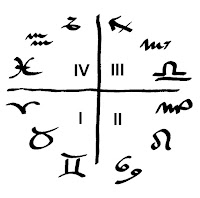 each unity, man, animal, plant consists in 360 versions of

deserving to be brought into a harmonic together. A task by which reason is overwhelmed, but nature  lets spirit happen.

Indeed harmony permanently exists  in each sound self-regulating and self-repairing system 'man', until down to nano- level, each man who autonomously considers what is told by it, happening to him, on the hour and the day, that God, spirit, something, is able to perform, what man calls auto-steering', which man in his dimension is being set into with the freedom to interfere or to let it transpire. The latter are the messianic astrologers, listeners, healers,  Pisces.

Every too great onesidedness destroys  oneness,  the world  keeps suffering. The human psyche hasn't yet matured for a multipolar planet, but being  in labor  the present generation needs nothing more than a conscious fixty in what one is and what one has to contribute by his own prong or groove in one's own field.

in the new milenium

passing time with it

no astrologer can tell you

without of yor consciousness

time is fruit of timeseeds

in and out of man

still the unique given, that the entire havenly 'rulers by rhythm' are in the fourth quadrant of spirit, except by one.  Hence they are not in the other three quadrants. What does that mean?

Answer: there is no answer worth the moment, only timeseeds might bring the answer in their propper harvesting time. There is still a timely mosaic in different stages of composition, and only man-god Uranus  on Earth in Taurus is mirroring the entire spirit of  Aquarius the toppler.

the mystic relocation of

from Capricorn to Aquarius

from confined to limitless

who is able to distinguish the 12 symbols

can begin to  read the time by himself

and f... all corporate media

the fanatism of the enemy of man

by the sacrifice of

which is the inherited situation

in the borderless and

focussed on the border

between Europe and Eurasia

unconscious to us  hoovering

by contrast Mercury on Thursday

and steps into the mystic innocence

which dissoves the lie in the sea of future

of cleaning tidying and mopping up

in which the heroic quarter of the man

of the week in Pisces

the paradox of childly weakness

by Sun in Pisces 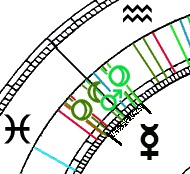 in Pisces commitment to the unionness

to the truth beyond the focus 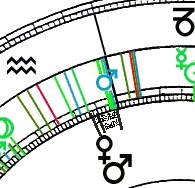 and Mars of the  air

the heavenly sword of securement

as place of spirit

and a quarter of all being

Ps: in the consciousness of man as  a divine master-configuration through all levels an elements:

It is our heart , which we accompany through life, with what our ascendant places at our disposal in
the given world-development-
In astrology is solar sovereingty: a daily exercise, costing nothing and leading into heaven. 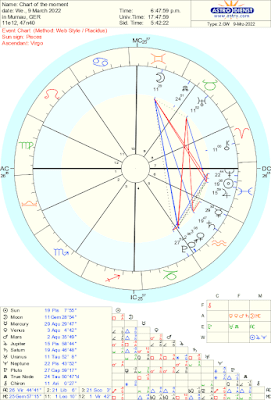