Vladimir Putin - Another Work with the God 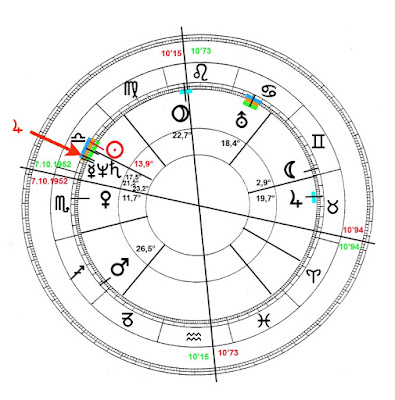 10. 7.  1952 Vladimir V. Putin
Transit December 30. 2016
Moscow 12:00 Local time
While Russia announces it's  answer to the offensive Act of America against the Russian diplomats Jupiter moves exactly on to Vladimir Putin's Neptune: the child-God in close connection with Mercury = the trickster in transit - union with Jupiter = the conciliator.
And the President doesn't expell anyone and invites the children of the American diplomatic colony to the Kremlin-children-parties ...
A new one of many examples, how this man is sensible to the synchronicities with the forces of the archetypes played by the lights of our Sun's family.