No 'Time of Aquarius'? On Sideral and Tropical Zodiacs

I have been wanting to address this with you and T13 for quite a while. Tropical astrology is not in alignment with reality. Do you have star walk or any app to look at the sky? In real time, the sun just entered Leo. You can see it in plain site. Or look up at the full moon. Knowing the full moon is directly opposite the sun, you will be able to see (with telescope) the full moon will be at 8 degrees Aquarius, thus the sun at 8 degrees Leo.
The tropical zodiac does not consider the procession of the equinox, and is using the vernal point of 0 degrees Aries determined by Ptolemy over 2000 years ago. But since that time the vernal point of the equinox has moved 1 degree every 72 years. The vernal point is now 5 degrees Pisces.
It is the sidereal zodiac that gives the positions of the sun and planets in real time. To understand the energies affecting the earth and the soul we need to understand where the planets really are in the zodiac, which we can directly observe visibly in the heavens. There are some very good sidereal resources, Nick Anthony Fiorenza being highly recommended.
Please receive this in the spirit of helpful dialog to discover a new truth, which often involves unlearning what we have always thought. The tropical positions are not in alignment with what can be directly perceived. Ancient astrology of the Baylonian Magi and other cultures was based on direct observation.Why would this no longer be accurate and applicable to our lives?
Love,
k

I would hold for: "The tropical zodiac does not consider the pro  recession of the equinox around the circle of the sidera and keeps  using the equinox as the vernal point of 0 degrees Aries" ...

... hence my answer:
Greek genius 150 years BC. realized, that the spring-equinox seems to move in a special rhythm of about 26.000 years retrograding around heaven, hence did fix the „tropical zodiac“ insolubly with the

30° Pisces - 0° Aries border
exactly each year
when Sun is vertical above the equator
entering the northern (or southern) equation.
of the southern or northern sky
With this Greek reflection of human intelligence, Earth's  astrology received the trueness, that Aries , Leo, Libra a.s.o. are truely measuring - figures oft the times in the Solar family of Earth existing since about 4,6 billion of years as a family with all their gravitational rhythms which incubate incessantly since then every rhythmical  essence in this family of a star.

... while the next star to Sun is as far, as you might feel the relation of 5 Tennis-balls distributed on  the North-American continent.
Spoken to the point: starry heaven to me has no special information beyond having been a chaotic background-stage for the projection of 4,6 billions of rhythmical Sun - Earth - year’s unconscious routine mirrored in  man’s unconscious psyche rising from China to India and from India to the wild West and above anywhere, where the subtropical belts spread a magical clear heavenly carpet above night and day,
While the spring-equinox in 2170 years slowly grooved through Aries ~ the beginning, in the time between Babylon and  Christ, 72 years a grade, as you mention, the human projections of the 'beginning' aka Spring in the sign of elemetary fire was 'read' in the night-sky and finally cristallized as the fix concept of the tropical zodiac.

The last 2170 years since the unknown '0° Aries' = 30° Pisces spring-point, formerly beginning in sideral Aries, since then becaming sideral Pisces a. s. o. and in 13.000 years spring-point  will beginn in sideral Leo. ..0° Aries tropical zodiac then will be 30° Leo in the sideral zodiac.

You write:
„The vernal point is now 5 degrees Pisces“.
Anyone, con – sidering (human wisdom beginning with the ‚sidera‘) a map of he astral zodiac, or heaven itself stretching like the edge of a plate above the southern horizon, anyone will realize, that the figures of the sidera are so different in length, that 5° of Pisces is a pure fiction.

The sideral zodiac is a measure to phantasize Earth's relation to the galaxy, but the relation to our star ist measures by the tropical "phantasy of the universe" called tropical zodiac.

Some say ‚ that the time of spring equinox in Aquarius has been entered last century, some say it’s just happening‘, my take is: it’s like a snake, the head entered with the best minds Pisces 2150 years before the tail is or will be creeping with the last lowbrows finally  from Aries to Pisces. So the beginning of Aquarius-springs hence springs of the toppler, relies on the psychic maturity of the individual between head and tail.
“Ancient astrology of the Baylonian Magi and other cultures was based on
direct observation.Why would this no longer be accurate and applicable to
our lives?”
Because they didn’t know. Why did the creator give us a human brain, allowing to move beyond sensual observation to the intelligible truths? 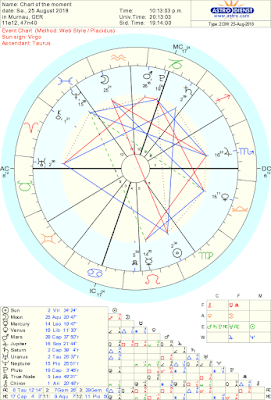