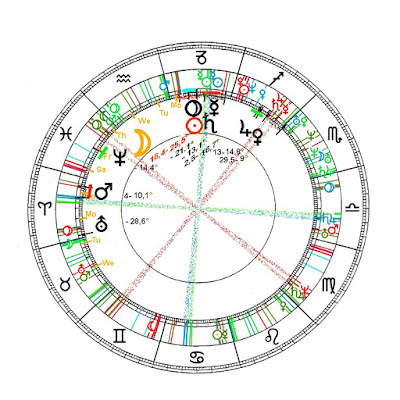 "The starry vault is indeed the opened book of the
cosmic projection, the reflection of the mythologems,
simply the archetypes. In this  view Astrology and
Alchemy, the two ancient representatives of psychology,
reach their hands."
C.G.Jung, Theoretische Überlegungen zum Wesen
des Psychischen, Coll. W. 8, § 392.

"The archetypus namely - never to forget - is a
psychic organ, to befound with everyone. A bad
explanation  means a respective bad attitude to this
organ. by which this is damaged. The final sufferer
is the  bad interpreter. The "explanation" thus always
should be that way, that the functional meaning of the
archetypus ramains preserved, id est that a sufficient
and sense-appropriate connection of the consciousness
with the archetypus  is guaranteed. This one namely is a
structural element and hence a vitally necessary
constituent of the psychic household. It represents or
personifies certain instinctive givens of the primitive
dark psyche, the actual but invisible roots of the
consciousness."
C.G.Jung, On the Psychology of the Child Archetype
Coll.. W.  9/1, § 271

Jung held, that 'archetype' or 'god' are not to differentiate.

To me it seems the soul says  'god' and the intellect says 'archetype', hence the expression 'god' is the older one, cause intellect is a young child of Mercury in his nearness to the Sun.

The basic of psychology is the recognition that with dreams and ideas, we are matter and images, occuring in matter .

Basis of astrology to me is time and time is travelling light., the  golden male Sun of the bright day

so this clockwork is what my chronicle is about, describing, what is above and is mirrored within us  unconscious, psychophysis .according to one's birth in time.

The chronicle tells the challenges of the 'greater man' Anthropos, Jungish: the colloctive 'Self'.

Back to Saturn with his divine Guests
Saturn's realm is the pole
his is to abstain any move
hence everyone winns a center to circle around
where a Capricorn/Saturn is brought into life
mountains are poles
all that is Capricorn as a condition
and Saturn as a dynamis.
like a mountain-height and  a branch cutting gardener 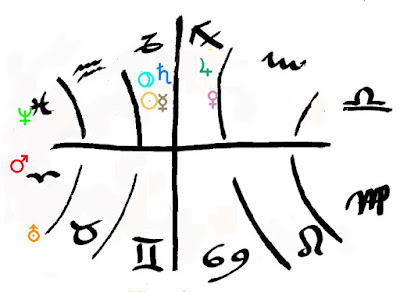 Gods in the first, third and fourth mirror
in the center at noon position
of our colletive we self

are funding their essence into the mixture

and Venus
ruling gravity, mass and balance
now in the condition of fitting coincidence
in Sagittarius
by leaving the non-fitting condition
on Saturday and Tuesday
unites with Mercury- fire's birthday of our
four-elementary-aeon
and on Tuesday receives Venus the blessing
of fire's Saturn/Jupiter 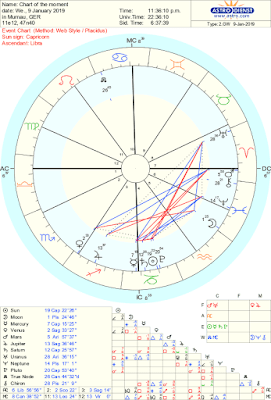