Week of Waiver and Conciliation 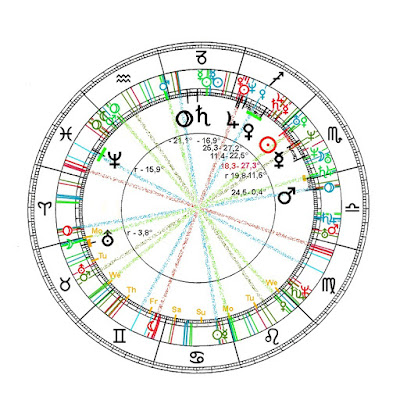 "The deviation and the putting one into the
opposite of  instinct creates consciousness.

"Instinct is nature and will nature, consciousness however
can only want culture of their negation."

In the vulgar-astrology rules the common view: Scorpio = Sexuality. Me thinks, so much is true with it, that nowhere else than in Scorpio sexuality is negotiated.

This diary depends on the fact, that the Earth since more than 4 Billion years was integrated in an immutable concert of fire, earth, air and water, before firth snails sprawled out their intelligence = palp into the space around = Twins.

Into us as youngest and most advanced link in the chain of earthly creatures is, like all of our ancestors is the drive inborn, to procreate. The relish of flesh and the lust of union have their material and emotional basis in Taurus and Leo. The Aquarius adds to them the faithless lust of freedom. These three qualities of time are confronted by the fourth, Scorpio, with it's ability to waiver for the lust outside of the common 'furnace', which provides the precondition for stable sexual unions in which the offspring can be groomed and raised. 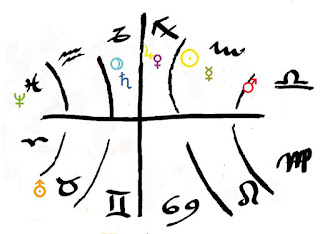 The chart shows Scorpion rules 4 gods of water, 2 of air, one ot earth. The chart tells when and with which Sun and Mercury have to deal this week.

On Monday Mars was at the blue Pluto of air, by resonance of red Pluto of fire in Aries and Sun of earth in Cancer.

It was the constellation, when the President of Bolivia was forced to retire by military. 2 x Pluto = 2 times waiver, fire and air,  1 time earth-Sun.
Compare with Mars' placement in February-Putsch 2014: 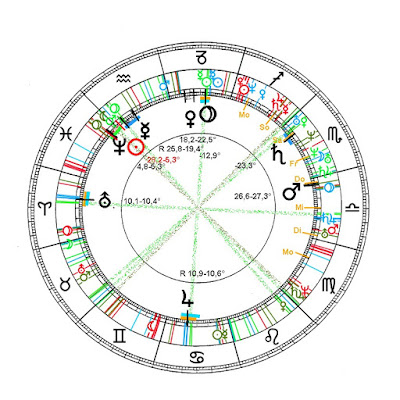 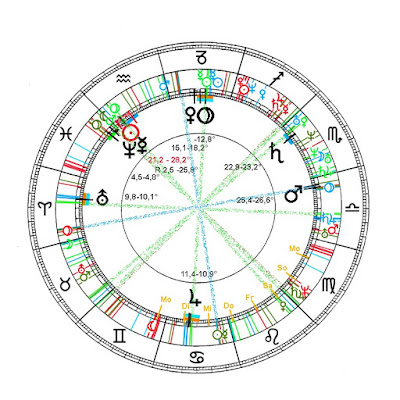 Next Tuesday Mars will enter Scorpio
and coincidentally   will visit the authority
of the king
father and son
Saturn and Jupiter
of the element water
the element of feeling.

Mars in Scorpio six weeks of waiver. And soon Mars reaches the grades of opposition with Uranus the toppler in Taurus to form an interplay of  social inspiration by the idea of man in Taurus and a subordination of the military under the 'King' in Scorpio ruled by Pluto in Capricorn.

So much for Libra and Scorpio, last week for the former's hospitality.

A short glimpse to Sagittarius, the funnel, the spirit of  time and sign with currently 5 gods of fire and 2 of air. Sagittarius-time is  a time of visualizing 'the big picture', a time  when all components might fall into their places.

Venus hovering under the Sagittarian sky will meet on Friday with air's Venus What might these two collectoresses find,to fill into the reserves, allowing to exist and think.

To Jupiter this week is the great 'spiritual' love-and -joy week in 12 years, passing Sun and Venus of the fire-element. Next week Venus will join the Jupiter in the celebration.

What a strange idea: in the unconscious depth of our collective psyche will be such an Apollo-bright  celebration with the 'zodiacal man' in us, with hitherto no bridge to our conscious minds. But mankind is young yet and the adventures of researching and understanding his deep unconscious goodly nature waits for countless coming generations . 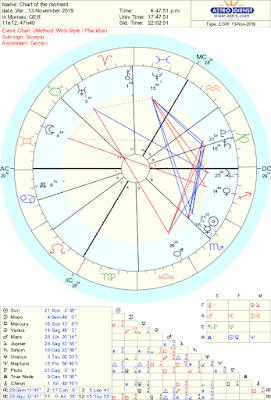