An Incredible Rare 'Concert' for Centuries 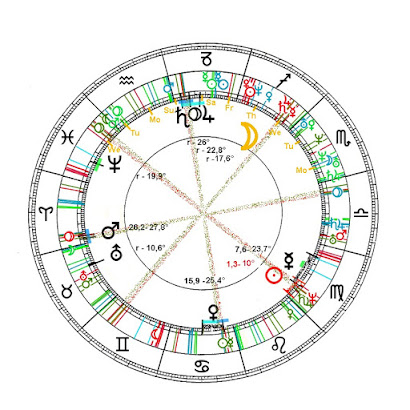 incredible rare
8.24. - 9. 2. 2020,  0:00 UTC
and under the northern Kingsconjunctions
of the four colors and elements
Fire, Earth, Air  and Water  of the years
1603, 1802, 1980 and 1305
under the Northern Zodiac
(click to enlarge)
"All primeval  before man have been existing physically.  They were
a nameless  occurrence, but no definite being, because there wasn't
yet , which spoke the word that minimal concentration of the also
existing  psychic, which expressed the word, which  compensated
the entire creation: "That is the world and that am I." That was
the first day of the world , the first Sunrise after the primeval
darkness , when that consciousness-able complex, the son of
darkness, the I, realizing exasperated subject from object and
thereby helped  to provide the world and himself  to a definite
existence, since he gave her and himself voice and name. The
empyrean Sun-body is the I and it's field of consciousness
"sol et ejus umbra" - outside light and inside darkness. In the
well of the light there is enough darkness, to form there out
projections, since the basis of the I is the darkness of the psyche."
C.G.JUNG,
Mysterium Coniunctionis 1.  § 125.
and the darkness in the well of light
"enough ...  to form
projections there out "
lets become conceivable
that the original zodiac is a
projection of the creator
of all circles
planted into each creature
35. Week
Mars the igniter
at home in
sometimes ragged Aries
ravenously hungry
flame
in 'resonance' with heavenly
father Saturn
who is united with
brother Pluto
and son Jupiter
and since midweek
also with
Venus in Cancer
joining the resonance
from her place
down below in the 'waters' of feeling
down where the waters unite
Mars the flame contra
Venus the herd
and the three stages
of the four quadrants 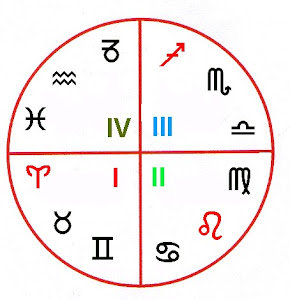 cardinal
fix
mutable
appear in
cardinal fire Mars
cardinal water Venus
cardinal earth: Saturn
appearing in processes
'big concerto'
for all
containing
state - Saturn
guarders - Pluto
reconcilers - Pluto
the mad - Mars
the herd - Venus
The alchemists way of thinking about the elements totally fit in the zodiac, while each of the four elements appears three times: as elementary = hostile, as emotional = elements united, but King and Queen, the poles, halfs,  are dealing with the fires of passion, and if that fire becomes too hot 'the queen will escape' -  opus  failed. Finally, above passion of soul, is on the second floor spirit, cooling off the heat, hence allowing to complete the opus.
The essence of the paradoxes of the zodiac is, that all 12 'essences' in different quanta are vital for the complete being.
The non-thinker hates paradoxes. Since his passion for lies. Since his battling the complement.
Truth of life is paradox, life is fire and water and air and earth, is matter(energy) and feeling and image and thought.
All that is marked at it's place in the horoscope's order of time.
So Anthropos now has to ignite, to feel and to think in one great anonymous concerto. It depends on the stage of civilization, while this incredible rare constellation will appear as a wheeler for a lot of civilized individuals to join in this quiet concert ...
when Sun
Anthropos' heart
in Virgo
at 5,1° and 6,8° Virgo
unites on the elementary level
with earth
on Thursday
the highest
father + Son
Saturn + Jupiter
and on Saturday
with fire
the child of given completeness
Neptune
***
and Uranus the thinker in Taurus has part
in Venus' objections
against Mars' blind rage
while  androgynous Mercury
at home in his female realm
Virgo
ruling Sun
moving towards the opposition
with his complement Neptune
in his  complement realm
Pisces
Mercury
is bestowed with the inconceivability
of the Tao
which as floating in the valley
of any universe
describes
the opposite-connection
of Virgo with Pisces
of reason with paradox
and Sun
"sol et ejus umbra"
moves as consciousness
without further resonances
above the earth-world of Virgo
of the  condition
of 'consciousness'
granting the possibility
of common beauty
in the
6th mirror 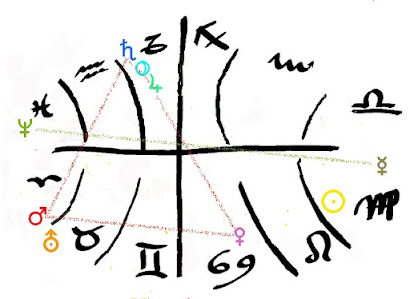 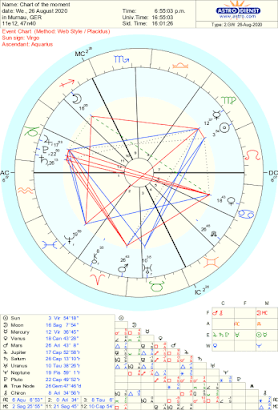