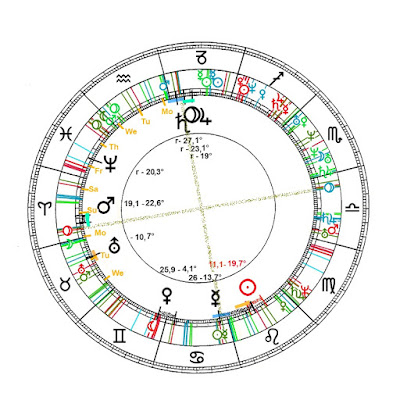 "... this shows plainly, that instead of  reasoning, which
consciousness would have applied, the archetypal spirit
had taken over the task of forecast, this means that the
archetypes possess own initiative and own specific energy,
which not only enable them to give meaningful (in their way)
interpretations, but also to interfere in a given situation with
their own impulses and  forms of thoughts."

If we insert for archetypes 'constellations', then we have named 'the other side' of orientation, that out of the unconsciousness, which, like JUNG says,'is "meaningful in their way."

But as it works unconsciously, it is normally not to be found consciously around any crackerbarrel, kitchen-table or any else, and be it academic, table. This is the most comprehensive censorship against astrology by official science since centuries.

When the darkness concerning the archetypes will be outgrown, then for everybody still in life the way is free for the most interesting experience anyhow: to follow the unique heart-power being sent fitting  to one's unique canon of life, waiting for fulfillment in the sign of the Sun.

The ascendant in zodiac distributes the general, and, like the years,  always returning so precisely on the single ongoing born, that for anybody is waiting an unoccupied valley, or an unoccupied summit, narrowness or wideness.

And Earth with her heaviness spinning around the  heavy-most searing  Sun, allocates each single item at/to one of the 360 grades of the zodiac, like her 'children' do and the 'calf' of the Earth, Moon, in their circles from 1 x /month till 1 x / in 248 years.

The 'gods', constellating us, are looking for their place in our awareness as children of the cosmic father, whom the soul calls God.

And anyone can, without any patronizing, with the aid of his horoscope experience consciously like it is to be constellated by one or more lights, or how one was constellated, 'when it happened'. Here is border-less freedom of comprehension, without 'authorities' meddling between God and soul.

The 'Astromundane Diary' however as a chronicle tells the effects on the collective man 'Anthropos' of the northern hemisphere, as zodiacal being, which's effects,  like JUNG and others have stated,  are effective in each being, arraying and ordering, constricting and solving, outbound and homecoming, receiving and begetting, always attendant in the matter of world as spirit: 'let there be ...'

The collective man 'Anthropos' unique fate over the year however each one can, for practice follow in this diary and follow mundo in his weekly endeavor to translate cosmic meaning into earthly one.

entered the week in a dangerous
square with
Jupiter's
whatever it is, it is vast 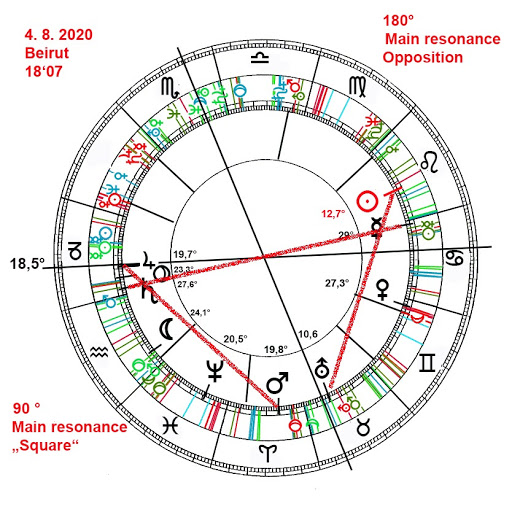 on the Northern Hemisphere of our planet

But Yesterday in Beirut
where was the Taurus- goddess of stores reserves and warehouses, was't she in 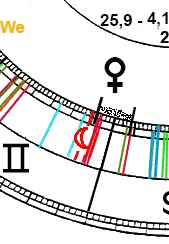 the red Grades in Twins, partner in resonance with the fiery wise Grades in Sagittarius
when Mars blows  Mercury's demonic warehouses up
in the chain-reaction of Mars, Jupiter, Pluto, Saturn, Mercury

So much for Venus this week with  no resonance with the family.

mundo has no Idea what will happen, 'done by heart', but his diary's eyes are opened for things to happen
while Sun
bare any resonance
with the family
signifies
it's time for private and adventure
for the heart 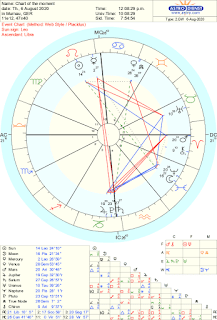