The Equinox is an old technique of astrology since the Persian/Arabic heyday of reading the stars.

If we know, that Pisces/Neptune = water, so Neptune in Pisces is pure truth, appearing in the inner realm of feeling. As the archetypes in our unconsciousness  are covering the whole spectrum, from the best to the worst, they are seizing the unconscious minds as well as they are carrying the conscious ones.

As an occurrence Neptune in Pisces in house 3 = presentation,  not only extinguishing the presentation of information, Mercury, as truth as well as  lies. Neptune at home in Pisces = the great extinguishment, quasi the pure and total one. Likewise , in the demonic version of the archetypal constellation the extinguishers - the big oligarchs in the background  - got  to step out of the hiden backgrounds into their truth = Neptune, aka into the foreground of  appearance. (Neptune house 3). 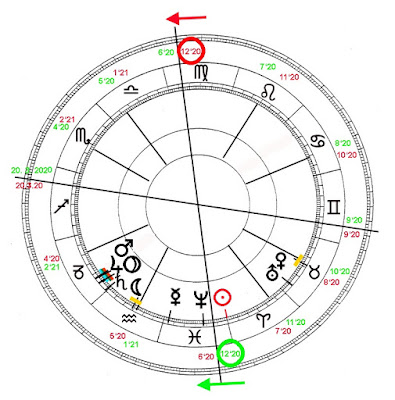 Mercury = the information + Neptune's step into appearance are ruled by Uranus' Aquarius (in house 5); Uranus  himself is being ruled by the ruler of sovereignty (house 5), the predator Mars.

It is Mars the sovereign predator in state (Capricorn) and society (house 2), together with the ideologue, (Pluto), the universities, (Jupiter) and the corrupted state, (Saturn), swallowing the fifth house of  free spirit, Uranus +Venus square Moon, in greed and vanity (Mars + Jupiter). 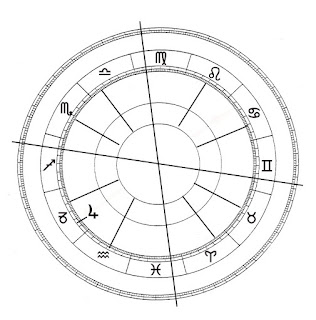 However, the potency of the year is actually  reconciliation, Jupiter, in state and society. Around February,10. one shall discern, what the innocent sinners and the demonic America will do with it,
addition on Feb. 17.
as  the potency of Sagittarius, carried out by Jupiter has to appear visually in the second mirror as readiness for reconciliation with man - the less it does it spiritually, the more it will appear naturally
with the attendance of the blow of Mars,  the crystals of Pluto on the polar stage of Saturn.
Murnau, 1. 16. 2021, UTC: 17:18.
Documentation: 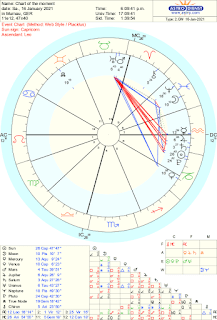