A Restart by Surrender to Softness and Rage 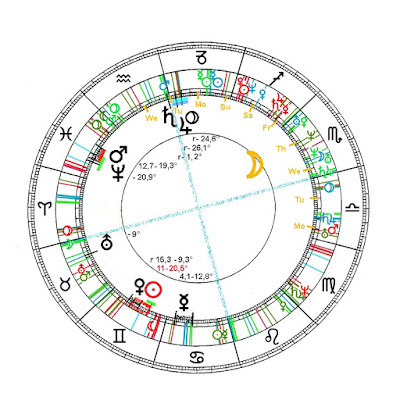 15 The Lord God took the man and put him in theGarden of Eden to work it and take care of it.

16 And the Lord God commanded the man, “You are free to eat from any tree in the garden;
17 but you must not eat from the tree of the knowledge of good and evil, for when you eat from it you will certainly die.”

18 The Lord God said, “It is not good for the man to be alone. I will make a helper suitable for him.”

but God had also made the snake, that by knowledge of good and evil man should be different from animals, for being " mankind in our image, in our likeness."

In the tale of the old the spirit of man speaks out. Therewith by reawakening of him, who marvels, what children use to do, the marveling = 'reflecting' might be born anew.

This one might be born in all four cardinal directions and in all day- and night-times, even in all 12 times of the day, like the raster of a star in universe, sum of a cloud x, condensed to a star x, distributing the chaos on their characteristic  channels, meaningful according to the laws of the universe.

Off which's chaos mundanomaniac's spirit here has moved to an unsuspicious place in Central Europe, leaving an astrologically lived trail, for long beyond his presence...

Such an intensive Mars - bi-week only occurs 4 times in 16 months: 1 conjunction, one opposition and 2 squares.

while this time
a third deity
that of flesh and balance
Venus
of heaviness and relief
Taurus and Libra
goddess of the physical middle and emotional balance
just retrograding is
changing places with Sun
thus resulting in the  common square
of ire, heart, and community

as to all reflecting comprehension
experience and perception lay the ground

which as Pisces
in each creature
unconsciously
is inherited

Here now we have  A n t h r o p o s  and in him  consciously the to us unconscious, cause sensually non perceptible  s y n c h r o n i c i y  with spiritual Mars and physical Sun/Venus  to which the mature astrological consciousness of  Anthropos by can build a Mercury- bridge  (by language) to being at home by feeling = Cancer. Bridge where to? 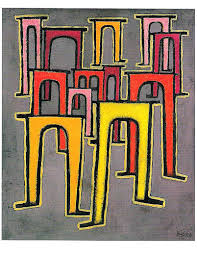 Paul Klee, 1937
the "Revolution of the Viaduct"

by Venus
ruled by Mercury
ruled by
Moon

And you must not consciously grasp all these constellations, a hunch is enough. Let those beams of words and images work within your depths, work on creating the astrological conscious gold-blossom. 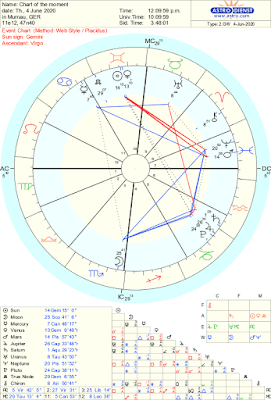