From Sensing to Feeling 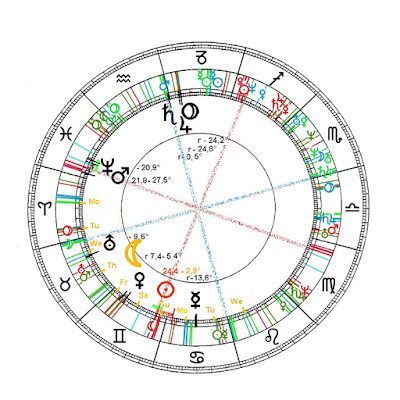 "Mythological or collective dreams are thus natured,
that they  drive people instinctively  to tell them.
This instinct is   quite appropriate, cause such dreams
do not belong to the individual: they instead have
collective meaning. They are true in general within
themselves and in particular they are true for people
in certain situations. Therefore in antiquity and the
middle ages they were quite highly esteemed.
One feels that they express a collective human truth."

What JUNG here talks about, also encounters in the 'vision-seeking' of  native North American Tribes. Dreams, Visions are, what the seeker, having prepared for it,  encounters, when he enters complete seclusion. His 'real name' is, what he receives by his vision.

And how much, says Lao Tse, depends on a 'god portion' of virtue, being accrued.

And with God the 12 time-children of the Earth-year walk in the zodiac on the streams of time.

God's realm dwells nowhere if not in the heart of the individual.

what is new
with us as single ones

what is Aries
what is Mars
appearing energy

Both of them in Pisces signifying, eternal energy (Mars) and eternal meaning (Neptune) are not in the current world/time. Being in the 12. house of the zodiac, has the sense: unrecognized meaning for the world's future. Pisces/12. house =  'eternal meaning,  before origin in time' - as the 12. without currently mirrored by something special   in the  1. house (Aries) of the zodiac. That will change with Mars' entry into his own turf Sunday in a week. 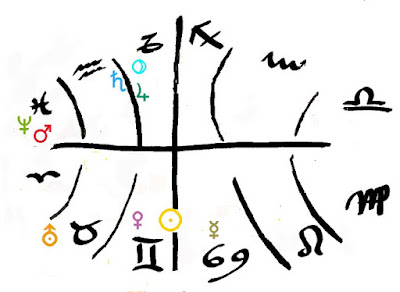 and
Libra
any pairs of single souls

Venus ruling Uranus in Taurus, the latter via Aquarius ruling the authority = Saturn till end of June. Hence Venus indirectly rules Pluto and Jupiter in Capricorn which always is establishing and maintaining the decree of fate, to be restricted on a collective level. 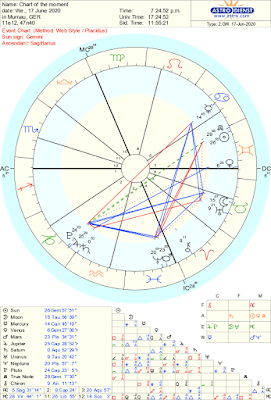