The Horoscope of the last/this week didn't show any  stirring features of the superficial level. No Neptune-constellation, hinting to a water-event. 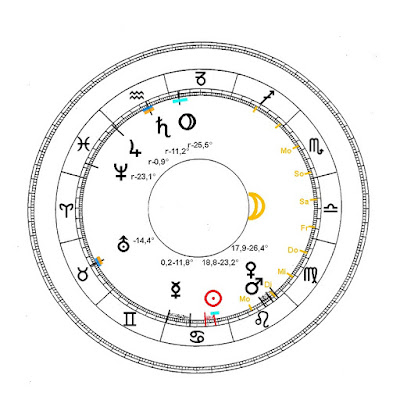 So much about the surface-short waves of the current lights and planets. Would be worth considering the 'long waves' of the current 32. Septar of the Kingsconjunction in the element earth, valuable from July 17. 2019 to 2036: 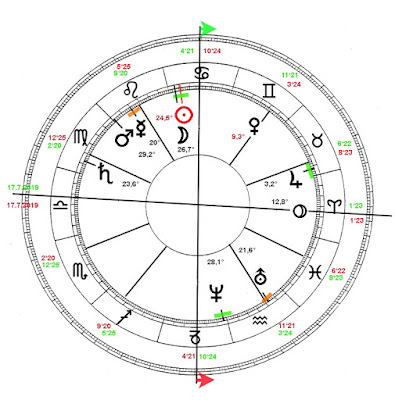 Here is to see at one glimpse: red:left turning, the fourth (of twelve) 7-month-periods has the ruler Capricorn signifying height, and look: after three of seven months: Neptune, immense water.

And turning right, green numbers: the period is ruled by Cancer = the depth,where the waters assemble, releasing Moon conjunction Sun, home and life, in sharp opposition-resonance with Neptune.

An obvious condition, ready to provide further high-water-events yet till Summer 2026 on the northern hemisphere.

Keyword climate-change: it's a permanent on Earth in different rhythms, CO 2 as cause? Contentious. 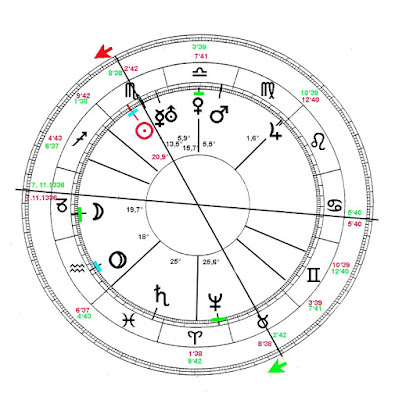 Back to the Eifel-Flood last week and the new Henan-Flood in China:

When I deemed above  the current constellation as being without any hint to a Neptunian state of affairs, I have to concede: this is right on the surface. But a layer deeper, on the level of the elements, there is a dreadful mark: 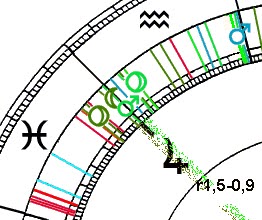 Jupiter, signifying always a vast, a 'king-size-format' of event, good and bad, is currently in resonance with the Mars of the water-element and the Moon of earth-element, and both in Pisces, the unbound waters. In the first mirror of the zodiac.

Mars is ruling Aries, always mirroring the energy-condition of the unbound waters. 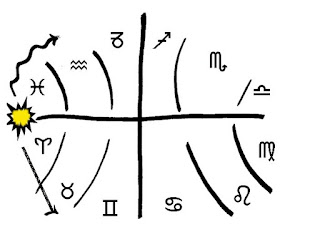 Now, Mars of the water-element is in close conjunction since 1802 with Moon of the earth-element. This is a fateful conjunction, cause Moon signifies homes and houses of living beings.
Now watch the horoscopes of these fateful events, watch the 0,3° Pisces: 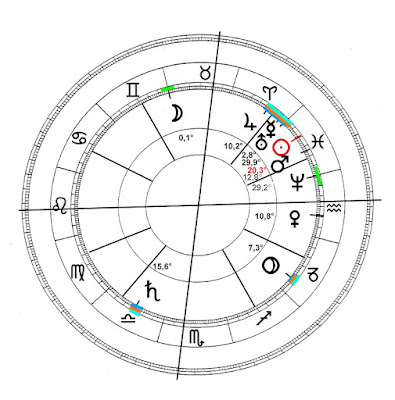 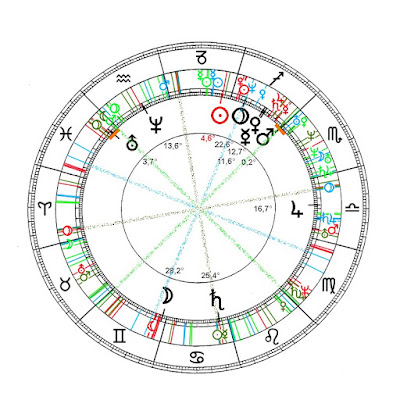