Bites and Chewing for a Coming Time with Fatherly Wings 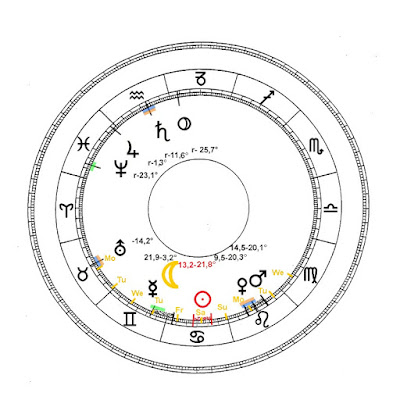 because the only real danger that exists is man

himself . . .We know nothing of man, far too little.

His psyche should be studied because we are the

origin of all coming evil."

"But every archetype, before it is integrated consciously

wants to manifest itself physically since it forces the

subject into it's own form"

It's the great psychic endeavor to watch  nature's archetypes of time embodied by the Sun-family's 'clock' projected from every place of two hemispheres onto the sky.

This in mere words the endeavor of my Astro - Mundane-Chronicle, which I 'do' 40 years+ and blog since 2007. Integrating the archetypes/gods consciously by their times and con-stellations.

I deem it the only human way to health, creating the psychic medicine by following the archetype's  Tao.

Who knows how to live, can wander everywhere

without dread of Rhino or Tiger

he is not wounded in fight

cause on him rhinos cannot find a place

to thrust their horn into

Tiger no place use their claws

arms no place to gore

Why is it thus?

Cause he has no place for the

(my translation from German)

by Saturn and Uranus

the right and the left wing

and the right and the left bank

in living a river

untouched by all this

It's the heavenly challenge of the empty phrase,  by the living child - soul in the adult. But the empty phrase has to it's disposal the unlimited wealth of the scribes and Pharisee.

The pure wonders of God's gods hence only appear in front of adult souls in children, and child-souls in adults, en-rustled by  daily phrases, ... by  consciously watching  heaven's moving family. The wandering intensities,  their  remaining by orderly changing in their spectrum, according to the zodiac.

Finally the transits over the positions of the Kingsconjunctions in the four elements: 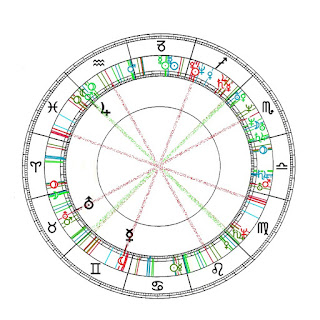 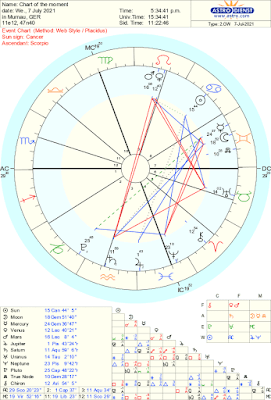