Blogs to Novorossia are warning for ... 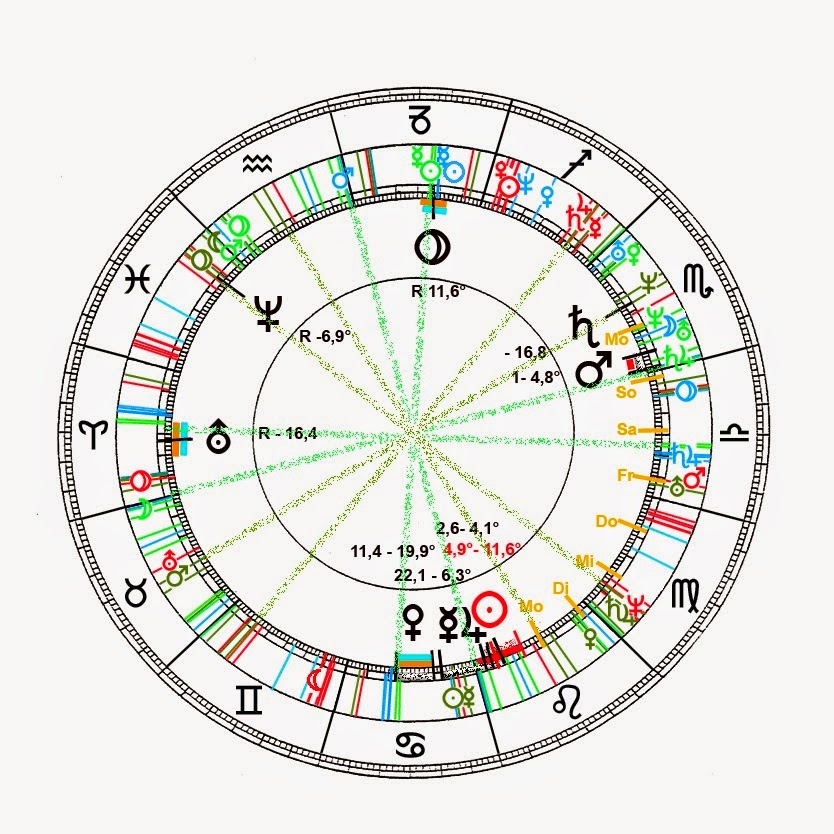 Heavenly Water Levels
from Monday to Monday
(the most important)
28. 7. 2014
and thereupon based on
Mundanomaniacs

since saturday in Scorpio Mars yesterday (sunday) drifted
through the house of alienation since 1305 in Scorpio 0,8°
ex Kings Conjunction in element water since more then 700 years
it's the house of eviction of our souls
out of the lap of the paternal guiding images
by evil human force

as the souls are in charge for the images
so  their mirroring in it is for the emotions
and this royal place of the soul became since 700 years
the hoard of alienation
in this camp of the king of water (= feeling) and of his son (Saturn and Jupiter)
furthermore originates in the sacrifice for more than one lap
as right measure
the unification of the light with it's echo form the soul hormone of the sexes
at 0,8° Scorpio
the suspected possibility on the 'piano' of the zodiacal gods

involved into the drama of sacrifice constrained by raging neighbours
constrained by demonization
it's oblation, so to speak, at the graves of the neighbous,
due at all times after all those historical unfairness around borders
but learned so very slowly

really not a socialistic week
or a just emerging one  in preliminar stage
isn't everybody under the sky 'planned' as
a tiny forged Self: how I to you so you to me