Heavenly Immolators, Man-Free and Father-True in the Mirror of the Flying Messenger 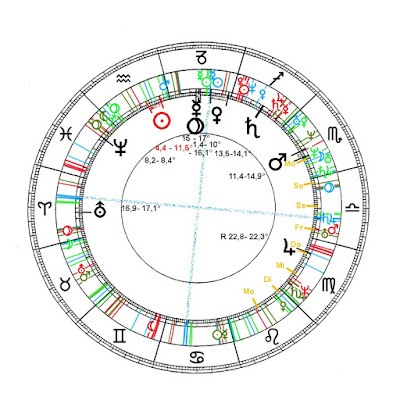 so, by the way, the first and last three signs in the zodiac appear   psychicly
in the "human"rhythm of 7 - wheel of time in  weeks, so the magic of holy 7 x holy 12
84 - time of life-circle

The first 21 years are mirroring the "last" 21 in the circle. 0 - 21 mirroring 63 - 84. How do we know?
Heritage, the zodiac with it's upper half and it's lower half, spinning around each day.
so Pisces are mirroring Aries
so sometimes - like now,  holy ire, and Aquarius is mirroring Taurus - and  into  Taurus - Land
eyeing from above the eagle of Gods ire according to man god Uranus god of reckoning

So the holy ire of man god mirroring holy peace in Pisces with the child - in God's lap - and the begin of everything in this lap in the dark.