Venus and Mercury Ruled by Heart 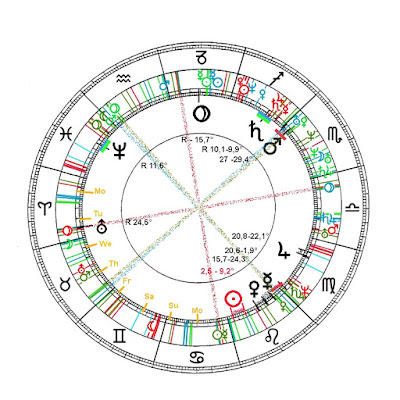 7. 27. 2016
somewhere every moment has its Leo-share
in the moment even a threefold one
cause till weekend
Sun rules in Leo over Leo
the heart over the center
and  also over words and names and numbers
of Mercury in Leo = soul-fire
and over the material stock and the joy of encounter
of Venus in Leo = soul fire
and by that also over Taurus and Twins
with their part in the world
and Virgo and Libra with their part of the soul
are in the rule of soul-fire
and of the delight of Sun in giving freely
every born human
has it
it is the  strength of the inherited heart
in the image of the erected flame
center of the soul
longing to find the way
ruling world and soul this week


By nature-philosophers of the early medieval times  " wisdom was  called eternal light and never fading "legitimate food" ...symbolized by that was  a substantial spiritual inflow of  contents from the unconsciousness, which according to the intuition of the alchemists is flowing out of the 'lumen naturae' into the adept and is received as divine enlightment.
The sapientia (wisdom) thus acts also like a fire, which inexhaustibly goes on kindling."1


This is confirmed by (the alchemist) SENIOR, by saying:" Cause such one is so rich, like one, who owns the stone, out of which one can strike fire, so that he can give fire to whom he likes  and as often as he likes without any own loss. The same was meant by ARISTOTELES in the II. Book "On the Soul", when he writes: " To all natural thing a Border is sett concerning their perimeter and their growth, but the fire grows by upping the ante in terms of burnable stuff into infinity."2


And these here mentioned beginnings turn into the realm of language by the approach of  Mercury into the resonance-realm of the square to the trigger-bearing Mars (square = connected with another place) who is just visiting our eon-god of heaven, "blue" Uranus of  the element air. of 1980.
Cause  coming weekend will see Mars with his hunger visiting blue Uranus for the third time this year - then not again before 1,6 years - kicks the trigger, that there might  be vigorous an initiation.
Uranus  grants to man the freedom of thought but in Scorpio the freedom origins by the sacrifice of free think-lust in favour of  the bonded and responsibility- taken order - from of the heavenly order of animals, men and things - recognized by our ancestors.

On Monday was the yearly death-birthday of a large- dying- for-eight- days, which has general meaning for mankind and special meaning for mundanomaniac as 'Hamburger':

Monday night 1943.7.25 was dying-time for the first fife-six-thousand Hamburgers, was the first night of "Gomorrha 1943" (sorry only German), the planned burning of tens of thousands of civil inhabitants of the big port in the North of Germany in the second worldwar of  rape-civilisations with their victims. 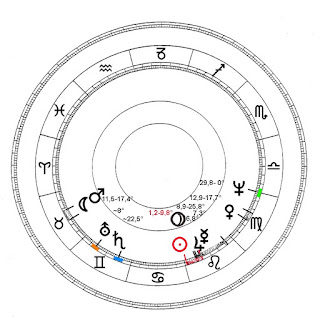 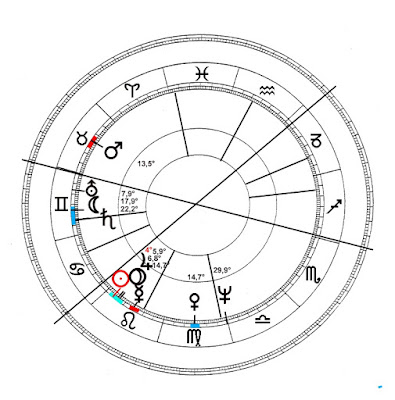 
And - grisly moment - the real and soul-turf do unite via their Sun-ruled  ruler-chains no less than the complete 12 zodions and their guests on one place - a horrible week of unvoluntary "getting complete". 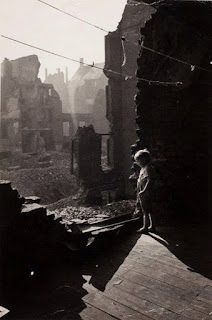 The involuntary sacrificer, as dead, to me they belong to the stock of Scorpio, to the stock of the dead of our eon - meaning they are still here, at least in those who remind them, still able to be reached by nearness.


Their stalwart is and remains Pluto who for this time keeps the horses in Capricorn leading them by headgear through the alleys of the departed.

*
Now , this one, we are in, is not such a historic week, still there is complex occurance united in the sky to be reflected by each of us, each at his place.


e.g. on Monday Sun =  our heart
at 3° Leo had to mirror Mars at 27° Scorpio
in the beginn of a sovereignity of the giver
like appearing
in the works which incorporate and unite
meaning form and creative joy

On Saturday then Mercury moves into  Virgo, thereby detrackting himself from the rulership of the center, and  since  then he carries on his own but not imperative illoyal businesses.
And the following are "serving" Mercury then: Jupiter, thereby Saturn, thereby Pluto, thereby Mars and thereby Uranus; and in square-resonance additionally Neptune. "Serving Mercury"
to me has the meaning of : into words are streaming concilliation, duration, sacrifice, beginning and abrogating and the square Neptune resonates the peace of paradies where lion and sheep are staying togester out of time.

And Moon again hikes  under the mundane signs and with him the dreams of fighting in this world
till Tuesday noon over the wild realms of Aries;

till Thursday evening they are wandering over the fate of the fields, meadows, villages, and cities in the sign of Taurus;

till Saturday evening then they are abover the ways and spaces of the Twins whichare connecting
the assemblies of the earthly beings;


3 “... it is a vital but also degerous and ethical most precarious  problem of the modern civilisation that it doesn't know any longer aud doesn't understand, why the life of man in a higher sense should be a sacrifice. Man can live amazing things, if they have meaning to him. But the trouble is to create this meaning." C.G.JUNG, Psychology and Religion, Coll. Works (geman) 11, § 133