"You have no idea how much I love and appreciate your tandem with mundanomaniac, including your verses ( I know the struggle with rhytms and rhymes but the idea is very good)"


This  to me is a pin-point compliment

It's more than a compliment - it's a complement making something complete


at the receiving end it's a moment of Sagittarius = an arrow  reaching the the point of coincidence out of the invisible - carrying a meaning, Saturn = order - and appearing comprehensively = encircling as  Sagittarius in-bearing Capricorn inbearing Pluro = the order of the basic archetypes in the zodiac in the human soul like a liqud bearing invisibly the cristal of order, appearing by being saturated -- so Sagittarius in the world of elements is spirit mirrored by an existing understanding according the human projection of time into the dark heavenly placenta of godness.


Now for the basic understanding finally crucial is the place of  the lord of the ascending sign Sagittarius
Jupiter
Jupiter is in the III. quadrant
III. is the image of the invisible
which is IV
poets like greatest poet life
try to
create the images
of the truth
which is
of IV 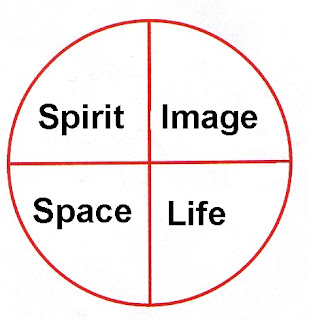 the four quadrants
I and III visible
II and IV invisible
arrow poining to the Virgo as leading image led by a Sun in Cancer
in the seventh house of encounter
and Cancers ruler Moon has a beginning complementary resonance with Mars the beginner
in Skorpio within the roots of the soul
and so on
great moments for mundanomaniac and terranam 13 in somebodies soul
26° Sagittarius mirroring in 4° Cancer
This is what we are here for in the language of the future discernable by the actors of IV.
mURnau, 7.1.2026, UTC 21:15