It's so easy - it's the Zodiac Baby

between Berlin, California, Russia, Florida,Bergischem Land, RheinHessen, Moscow,Moon of Alabama, finally  in Russ-in-Florida rooted 'Vineyard of the Saker" again in the Movable Cafe, again in the Californian corner, right at Bro again and a second glimpse on the Chinese Bridge- and Railway-links and the Bro-Dennis - Dispute on Railway and the american sin connected with it.

And I myself? In my Bavarian Murnau with it's link to Garmisch, Munic and Oberammergau?

I think Denis is right, as far, as he, like me,  is in the walkaway, while in good shape, trying to focus the thoughts, while all ways of comfort are becoming shorter and shorter till an open end we have to
keep the true meaning of "Man". To me it's  comprehended in the sequence of all circles = the zodiac

And I'm deeming Bro is right, as for the youth- and middle-ages has to be an infra-structure for
a decent civilized living.

And the 'Sino-Russian Way' of a by State  'tamed Capitalism' is strongly showing it's fruits, while
the rampant Anglo-Jewish-US -Capitalism is in the current Apocalypse since 2014 more and more showing, that it is finally the hotbed of fashism and terror, rooting in the shadow of the human heart painted as white, creating the virus-form of parasite-capitalism with it' toxical media-poison-production.

back to where I ended

that happened, cause I thought, like the Chinese asked the I Ching, I can ask the horoscope of the moment to answer: what is it?

What emerges this hour? = Ascendant

over Murnau's heaven Mars in this moment changes the
medium from concept = IV. quadrant
into time = III. quadrant 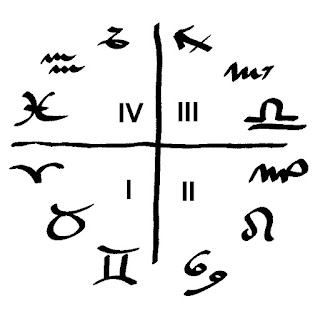 So heaven gave us home on earth and above it and horizon mirroring between them. 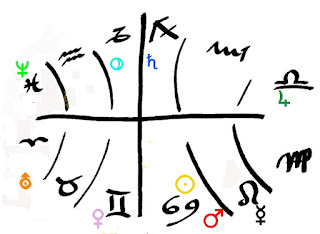