Wiki tells it so far, Vladimir Vladimirovich Putin was made Deputy Prime Minister, one of three firstly, later that day Boris Jelzin made him Acting Prime Minister of the Russian Federation.

Here are the transits of that day of promoting of V.V.Putin to the northern hemisphere of our planet: 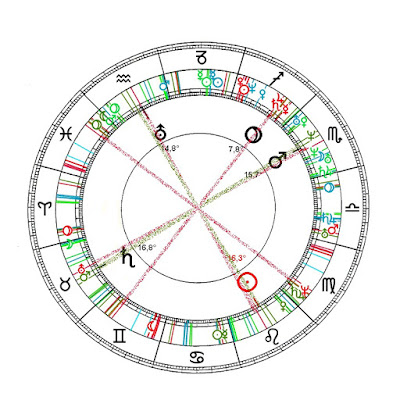 
Putin's elevation's day has Saturn = the father,  at earth-Mars,  the starter of a new round in the zodiac of the fatherly archetype Saturn within the Venusian(= defensive) civilization.

Making that Saturn in ego-nourishing Taurus whole,  is  Mars in Taurus'- opposite Scorpio,  the blind innocent moral sacrificer to the Taurus-greed. And again, Mars is the beginning, hence 2 times Mars = 2 times beginning,  on the basis  a double cap on  egoism on Putin's day.

In the same resonance Sun and Uranus:
Sun in Leo is = central power in families = capitalism, while Uranus in Aquarius is original planetary Dionysian thinking.

Finally, Pluto, the sacrificer and slowest fate for  unconscious animality, at 7,8° Sagittarius is united with the highest instances of the element fire: Saturn/Jupiter of the Kings-conjunction of 1603.
Fire means to me: the early quarter of the four elements four quarters while Saturn/Jupiter = the kings- wisdom in Sagittarius = reconciliation with the father.

And Pluto = Scorpio = number 8,  the  divine helper against personal greed, lust and freedom for the necessities of the ancestors and the coming progenity, is united with the early "fiery" kingship of red Saturn/Jupiter.

Bottom-Line:
Sun (Earth) and Mars are 'fast-movers, the other three are moving through larger, fatefuller time-windows;  hence on that day the personal (Sun, Mars) is united with the collective heaviness (Taurus), heavenly freedom (Aquarius) and generational validity Scorpio.

This event is  the greatest modern astrologically verifiable miracle I ever encountered. 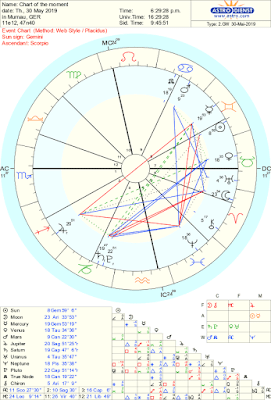 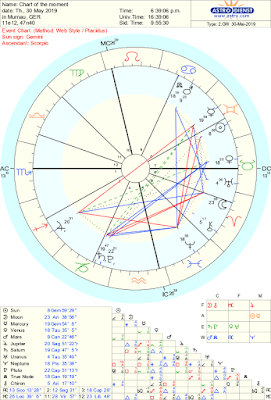 new round after "german filter" 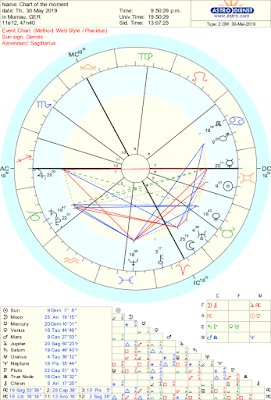 
the day in Putin's horoscope: 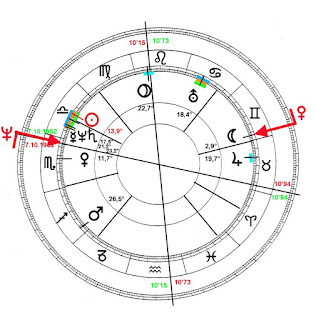