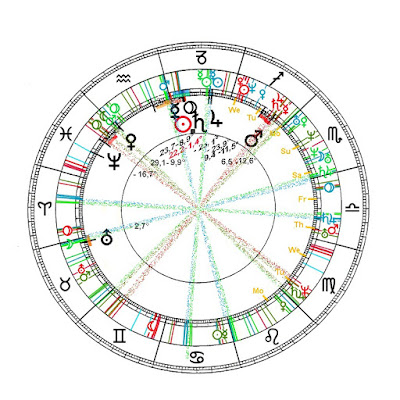 "The elevation of the human figure to a King or divinity
of its subhuman, theriomorphly depiction hints to the
conscious-transcendent  character if the pairs of
opposites. They do not belong to the I-personality, but
surmount them.The latter stands between them like the
"anima inter bona et mala sita." (The soul between the
good and the evil). The pairs of opposites rather form
the phenomenology of the paradox Self of the human
wholeness."

furthermore
blockade of the ordinary ways
to those who resonate
square, opposition, conjunction
around  22 - 24 Capricorn
slowly moving
while
Twins and Virgos will have a change
of the milieu on Thursday
as Mercury will be
leaving the heavy lands
of gravity
of Capricorn 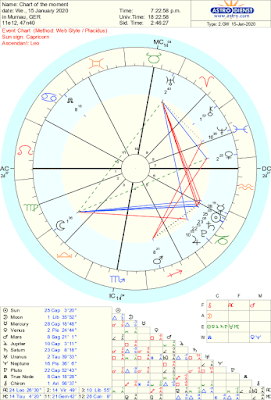