Center and Periphery are Marrying on Friday 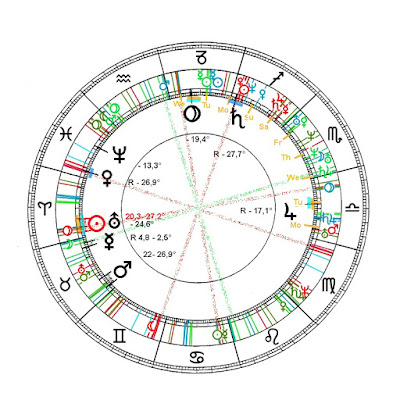 
4. 12. 2017
Concerning Venus and with her generally the communal life, be it in the sense of Taurus = the survival - community or of Libra = the community of the sexes.
With the rhythms of Venus the boundaries  setting earth is ruling forver the stronghold of  earthly empires in the doubtfull sense of pax Romana or pax Americana

"To plunder, to slaughter, to steal, these things they misname empire; and where they make a wilderness, they call it peace."

But whereever Venus sojourns, always the heavenly spirit of her signs will reside, namely where  there is not missing respect and esteem towards the stranger. But also the  earthly demon will be lingering there underneath his demonic guises, which under the mask of the good seizes us hoodwinking us in our harmlessnes

In fact and reality we do not enyoy a masterless freedom, but are always threatened by certain psychic factors, which can seize hold of us as "natural facts". The far-reaching withdrawal of certain metaphysical projections is handing us over to this occurence insofar nearly helpless, as we promptly identify us with each impulse, instead  of calling this one with the name of an "other", whereby it would be kept away at least at armlength and could not promptly usurp the citadel of the ego. "Masteries" and "Powers" are present forever, we cannot and do not need to create them.It only applies to us, to chose the master, we want to serve, so that his service might protect us against the domination of the "others" which we have not choosen. "God" is not being created, but chosen."

It is Sun in Libra showing Venus heart as goddess of  tempting and allowing, who, according to the Greek myth,
mollifies Mars in her lap.

Libra, the balance  shows
the image in which the urge is satisfied, the thirst is slaked, the desire of body and soul is resting tired from the lap of Venus
May God quietly be thanked, that he placed this sign into us and deep thanks to the ancient Egypts who placed this sign into the zodiac.
at the place where the Sun is sinking beyond daylight


The four Kingsconjunctions in the four Elements where according to the great arabic astrologer Abu Mas'har significant for the fate of and with dynasties.
Anyway, the addition of Saturn and Jupiter = the father is in the son. And as the "father's" realm is invisible like a word, so this Saturn/Jupiter' meaning is:

the invisible father is in the visible son

Those Kings-conjunktions give us  time,  for round about 800 years,  for molting of times and elements and man can chose, like Jung stated, which God's fate one will share or which demon's.
Venus in Pisces is including delight and risk of anesthesia
and borderlessness
till April 29.


enough with the resonances of heaven and father
on the community

Uranus signifies the outmost periphery
around a star 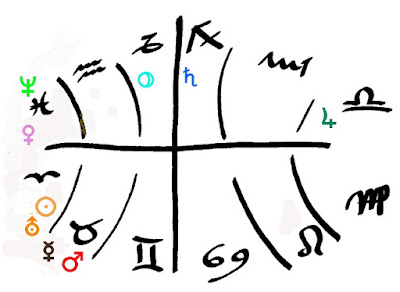 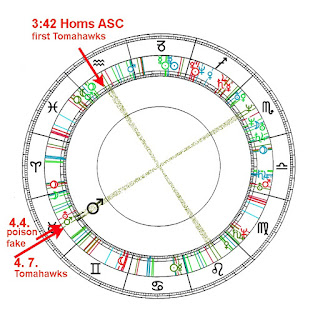 so we have:
Mars = the aggression/impatiencce
ruled by the doubble secret (= Neptune in Pisces)
"Community" = Venus

In Washington  seemingly enough swamp-demons have gathered
for the momentum of Mars between 14,1° and 18,9° Taurus
above and underneath the  American consciousness
not to have been wasted the trigger but been used
for a temporary release of pressure
under the whitch-kettle on the hill
of Washington
where the world will be kept stirred
until July 17. 2019
when finally America can draw back cosmicly