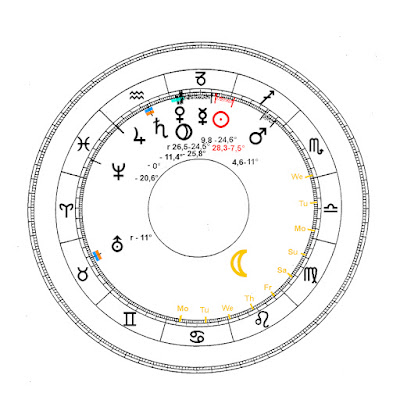 "As generally one has the opinion, that one be that, what his
consciousness  knows of himself, one holds oneself to be  innocent
and thus adds to the malice the corresponding stupidity. Indeed
one cannot  deny, that horrible things have happened and still
happen, but always it are the others, doing such things. And
insofar such deeds belong to the nearer or farther  past,  so
they  sink swiftly and benevolently in the sea of oblivion, and
those lostness in dream, which one denotes as 'normal condition'
appears again. To that now  in terrifying opposition stands, that
nothing has vanished ultimately and nothing is restored."
C.G.JUNG, Presence and Future, Coll. W.  10, § 572.
JUNG wrote this in hindsight of the atrocities of WW II. The German/Japanese rampages between  1936 - 1945 were the pinnacle of 500 years of colonialistic  rape and looting  by the sea-powers of the rest of the world with little exceptions.
WW 2, after WW 1 marked the moments in history, after the world was partitioned, that the predators went for to eat each other. Now the only remaining 'democratic' worldwide super-predator USA is confronted with the  two large continental powers, which were not involved in the worldwide looting, but envisaged as the ultimate prey. Unfortunately after all they managed to emerge as economicly and militarily the new superpowers - without any colonialistic history and aspirations,  and with respect and love for natives and minorities. Thus being the natural leaders on the Planet's Northern Hemisphere, any hope of mankind is with them,  the hope of mankind, for an  multicentered worldorder of mutual respect and decency.
51. Week
After weeks of a constantly growing propaganda-campaign against Russia,  allegedly planning war aginst the US-vassal Ukraine, Russia now answers with a 'stop-ultimatum' towards the empire,  containing the draft of an encompassing peace-convention on the modus  'peace for all' is peace for everyone.
Braced is this draft with unequivocal denouncement of  military-technical actions, if Russia's red lines are not respected.
The draft was handed to the US last Friday. As  deadline for a substatiated answer was given some mid  January. The US surprisingly  said, they will answer on Friday Dec. 24.  Chrismas present to mankind said the dreamer.
For an astrological blog this exceptional developement, where all contradictions appear to be
knotted in one complex, is a challenge to exhibit the synchronicity , the complex mirror image of  heaven above Earth has grown to, 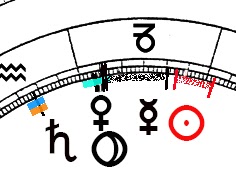 it is the spirit of all these things in our unconscious rightfullness here on Earth which complex unfathomable richdom is in the opal soul given by terra and the times
to be mirrored by  Mercury's Twins in Anthropos, zodiacal man and woman, just in Capricorn's winterly dream of rectified realities.
To be sure, I'm holding for Russia to be  t h e  p o l a r  n a t i o n  on the Northern Hemisphere, among her peers. Hence the polar sign to be Capricorn ruled by Saturn the fatherly god and genius.
According to this opinion the current weeks are of enormous complexity for:
Saturn's
Capricorn,
apex of the zodiac
above and within
Earth
the high and polar zones
now
commanding
Taurus by Venus
concerning
borders of territory
Libra by Venus
balance of interests
Twins by Mercury
neutral rules
Virgo by Mercury
adaption on given interests
Leo by Sun
for respect
of respective nature and interests
Scorpio by Pluto
readyness for due waiver
coming weekend unites
Venus
Pluto
Mercury
Now the deeper background of the status being signified by
Saturn
Capricorn's ruler in
Aquarius
rule goes for Capricorn
only able to rule
as far as
allowed by Aquarius
Saturn's master
Uranus
hence to the US is to seal the Seal, the Sea Eagle-  realm of air. Aquarius, to me appears to be signified by the USA, the planetary stronghold of 'airy' liberalism. Hence even in it's decline holding sway on the worldwide planetary liberal propaganda, configurating the perceptive conditions, of  the mass of single non-matured innocent believers.
But, according to the upper mentioned rule
Aquarius' Uranus
again
can only do
according to Taurus'
placet
symbol of material security
wherein Uranus
is  placed
his ruler
Venus
is still
in fixed conjunction
with Pluto
on  Capricorn's
fatherly throne
to become a fatherly sister
and a fatherly Brother
of man
so Saturn
the North
apeares to be the ultimate
determiner in this
game for peace
and till  March in ('Russia's') polar condition Capricorn, whereby in the first week of March again being clinged by Pluto and his demand for due waiver.
Moreover Mercury the negotiator met 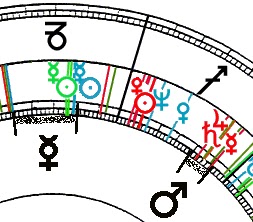 blue Sun/Merkury
and
green Sun/Mercury
in this week of US intern meditation about the Russian ultimatum, (politely declared as not being such by Russia),  the resonance of both, water's and air's collective (Capricorn's) feeling and ratio .   Mercury= ratio and emotion = Sun.
After all, the opponents of right  and left, or tradition and revolution, or conservativision and revolutionarity, Saturn and Uranus are in the last apex of their current square, which yet lasted the first half of this year. Their synchronicity occures in conjunction, squares and opposition each ten years and asks for the union of opposites, being the spiritual version contrary to the primitive fight of them opposites.
Another chance or calamity for mankind, the next one coming in 10 years, provided, we are still here then.
For the record here the horoscope of the one , who is greater than his person: he himself - Saturn-Uranus-square - is a great bridge-builder, constructing: authority  leading by vision of balance. 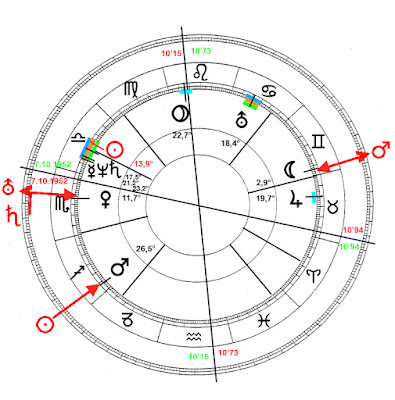 7.10.1952, Leningrad
Vladimir Vladimirovich Putin
in red: Transit of the current constellation
on his constellation
tree rulers of his are in action
and their signs
moved on December 17th.
by Sun
Mars
Saturn
Uranus 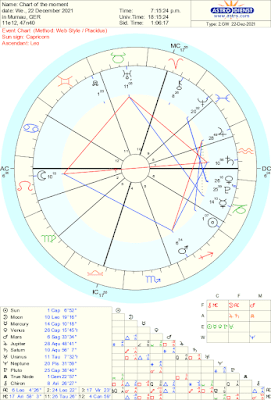 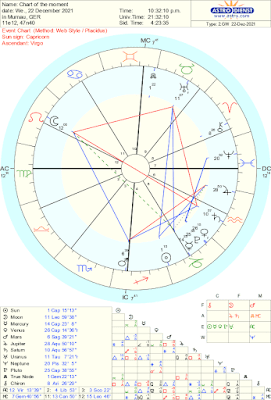