“On December 4. late evening I was called by the Supreme Commander, asking me me:

With what can we help your front except which we yet have given to you?

I said, that we needed the support by the Air Force of the reserve of the Supreme Command and the air defense, further at least 200 tanks with crew. The front disposes only about an inadequate number of tanks and without them it cannot quickly evolve the counter-offensive further.

“We have no Tanks and cannot give you any” sais Stalin. “Concerning the planes, so you will get some. Come to an understanding with the General Staff. I shall call them immediately.

Consider that the Kalinin-Front will go into offensive on December 5. On December 6. The operative Group of the right wing of the Southwest Front in the area of Jelez will open the offensive on the 6. of December.

From the General Staff was specified: For support of the counter offensive of the West Front the troops of the Kalinin Front are deployed. Her task is, by a foray in southwestern direction to come into the rear of the opponents grouping at Klin and Solnetschnogorsk and therewith to support the destruction of this grouping by the West Front.

The  stroke of the Southwest Front  against the grouping at Jelez should be an aid for the West Front by the destruction of the adversarial troops southwesterly of Moscow.

The deep fresh snow hindered greatly the concentration, the redeployment and the approach of the troops to their beachheads. After they had overcome all these obstacles, any and all services were ready in the morning of the 6. December.

Finally the 6. December 1941 dawned. Northern and southern of the capital the West Front started the counteroffensive. At Kalinin and Jelez the neigbour fronts cut loose. A  grandiose battle flared up.” (My translation) 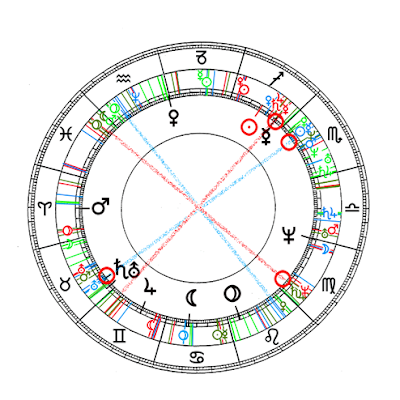 The horoscope of the day itself doesn’t show any special constellation. But there are significant ones if we attend to the transits on the Kingsconjunctions in the four elements.

The blue air-positions in my hypothesis expose the contents of generally the medium of thoughts. And these 'blue' thoughts-constellations ruled 794 years till the following air-Kingsconjunction 1980. Hence 1941 had 755 years on their old back  with only 39 years left to come.

Now the Uranus, ruler of Aquarius, generally symbolizes the borderlessness (of thinking). In the zodiac's reverse direction Aquarius follows the ruling of Capricorn = the confined. Combined with Saturn, their constellation says: borderlessness of supreme idea on the highest level of state.

Further Saturn receives the ‘blue’ opposition of Sun & Mercury of the air-element in Scorpio,  symbolizing the idea of sovereignty and reconnaissance of the sacrificing (=Scorpio) party in the struggle.

This Transit repeats the constellation of June 22. 1941 with reversed signs 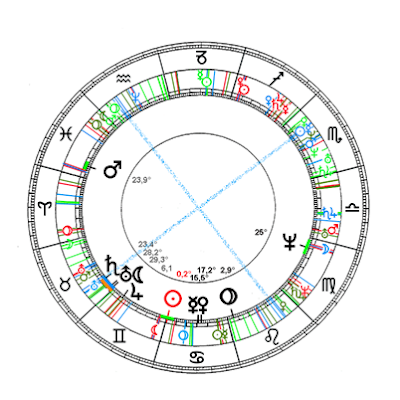 2.   Mercury conjuncts the ‘red’ Mercury of the fire-element In my hypothesis the fire – constellations refer to the pushing energy of the physis, soul and spirit. And the red Mercury refers to the intelligence of that energy and to the ways and space this energy travels.

And Mercury on December 6. has an accurate square = coincidence, with the Saturn/Jupiter conjunction of the earth-element in 5,1° Virgo. Meaning: undertakings on this day are in accordance with the ruling principle of the tangible and basic matters. 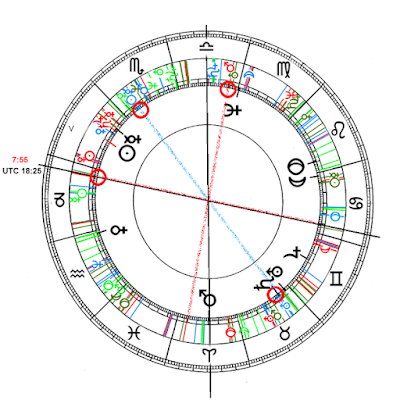 1.The attack of the Japanese  contains the same Saturn/Uranus transit, like the Russian counter-offensive. Hence the boundlessness of the idea of the entire project. Like Germany attacking , also attacking  Japan was immersed in the boundless width, Germany in that of Russia, Japan in that of the Pacific and the endless productivity of the US-war-economy.

These two historic offensives are examples of the

“Promethean debt, which from time to time requires redemptions in the form of portentous catastrophes”

and of the fact, that the same constellation seems to give  different outcomes to projects,  depending on being an aggression or  defensive counter-offensives.